Sue Maslin and The Dressmaker – the business case for gender equity

With new commitments to gender equality in the screen sector emerging, Sue Maslin adds a timely reflection on her own experience with The Dressmaker.
Sue Maslin
[This is archived content and may not display in the originally intended format.] 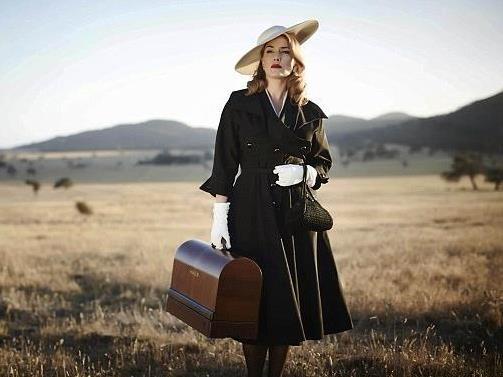 Image:  Even with Kate Winslet and Judy Davis cast in The Dressmaker, the film was considered too high a risk for international buyers. Courtesy of Universal Pictures

I think it is fair to say that over the 35 or so years that the gender equity issue for women in the screen industry has been on the table, the equity and the cultural diversity arguments have failed dismally to shift the consistently poor representation of women in creative and business leadership roles – directors, producers, writers, distributors and exhibitors.

I am a recipient of the affirmative action programs of the early 1980s that kickstarted my career with a film titled, ironically, Thanks Girls and Goodbye (1988). I have been involved in many affirmative action programs since including setting up Women In Film and Television in the early 1990s, running Women Applying To Film School programs and Taking The Next Step leadership programs for The Australian Film Commission for women in middle management in the television sector.

All of these programs were targeted at increasing the representation of women at the supply end of the value chain and were largely effective. Today film schools have around 50% gender equity among graduates and there is no shortage of aspiring female composers, writers, directors, producers who are simply not getting the opportunities they deserve.

What has not shifted is the number of women leaders at the demand end of the value chain. That is, amongst the exhibitors, distributors, sales agents, investors, and broadcasters that drive the business and decide what should be programmed upon our cinema and television screens.

These are the people who green light projects and approve the key creatives on any project. We need to take the argument up to these men – and they are overwhelmingly male – for anything to change.

How do we achieve this? I have come to the conclusion that nothing will shift unless we can effectively make the business case – that is, demonstrating that having more women in positions of leadership will be good for audiences and for the bottom line of the screen industry.

Why are women’s stories seen as risky?

The Australian screen industry is an incredibly complex ecosystem and it is largely shaped by the management of risk and opportunity, capital and cultural policy, audience taste and by the flow of really good ideas.

The leaders and decision makers in this landscape – the exhibitors, distributors, sales agents, investors, producers, directors and writers – are overwhelmingly male. These are the people who shape what gets made and what appears on our screens. They are also the people who care passionately about making good films that make a good return on investment – be they cultural returns or commercial returns.

Most films require a high level of risk to be taken at every stage of the value chain. It’s a miracle that any film gets made – it is just that hard! As the late Hollywood producer Laura Ziskin (Spider-Man) famously said:

Films are not made – they are forced into existence.

It is basic psychology that male decision makers (and they are mostly men), in a high-risk business environment will feel more comfortable backing people they have affinity with – that is, other men – on stories and genres they understand.

In order to convince screen business leaders that there is a business case to include more women in their ranks, we need to show them that opportunity exists to build capacity. That is, there is talent within their organisations and behind the camera that is currently being overlooked and there is potential for market growth by making more films that appeal to women.

The latter is self evident from all of the data emerging which shows that women buy more than 50% of all movie tickets and women 35-plus is one of the only demographics that continues to grow worldwide at a time when cinema audience numbers are trending downwards.

In fact, female-focused films such as Fifty Shades of Grey (US$547 million worldwide) and The Hunger Games: Mockingjay Part 1 (US$752 million) have been credited with rescuing the looming downward projections for US box office last year.

It is patently absurd in the face of this market demand that year in year out, less than 25% of all films in the market are about women or have female protagonists.

When I was financing The Dressmaker (2015) (directed by Jocelyn Moorhouse) four years ago and speaking to a number of local distributors who had an interest in this film, I chose Universal Pictures because it was the only distributor at the time who would talk to me seriously about the female demographic as a commercial market.

Who is taking a chance?

So who is actually taking the risk on women’s stories? For a start, female directors are. Their films are overwhelmingly about female protagonists. But according to Screen Australia statistics, they represent only 16% on average of the total number of directors at work in Australia. Worse still, this figure has not shifted appreciably in decades.

Once again, you have to look higher up the chain and go back to the problem of perceived risk. The distributors, sales agents and investors want to be comfortable about where they place their money and their confidence and unsurprisingly, will repeatedly select projects with male protagonists and male directors.

I experienced this challenge when financing The Dressmaker. Even with Kate Winslet and Judy Davis, arguably two of the greatest actresses of our time cast in the film, the film was considered too high a risk for international buyers. In a film about a woman dressmaker targeted primarily to a female audience, the exclusively male sales agents and buyers needed A-list male actors to secure the sales estimates.

We need to collectively agree that the status quo is not serving the industry or the audiences at all well. I welcome Gillian Armstrong’s call to arms on this issue and the seriousness with which it is being taken by the Australia Director’s Guild and Screen Australia.

Personally, I am not in favour of quotas as I think the carrot is always a better way to incentivise than the stick over the long term. I would prefer to see the whole industry to get behind setting targets we can all sign up to as an industry. There is no silver-bullet solution and there needs to be many strategies put into place to address the problem.

If the whole industry is to grow into the future and prosper, it cannot ignore the untapped creative talent and leadership potential of women. It’s about time we adjusted the set.

This is an edited version of a keynote address given by Sue Maslin at the RMIT event Adjusting the Set on December 2. You can watch a video of the whole address here.

This article was originally published on The Conversation. Read the original article.

Sue Maslin is a leading screen producer in both documentary and drama. The Dressmaker is a key success in both critical and box office terms for 2015, while Road to Nhill and Japanese Story are important productions in the Australian cinema canon. She is a significant public thinker about the sector, and an Adjunct Professor of Media and Communications at RMIT University.