The Lost Flowers of Alice Hart, Willow and House of the Dragon are all streaming between now and the end of the year.
Silvi Vann-Wall 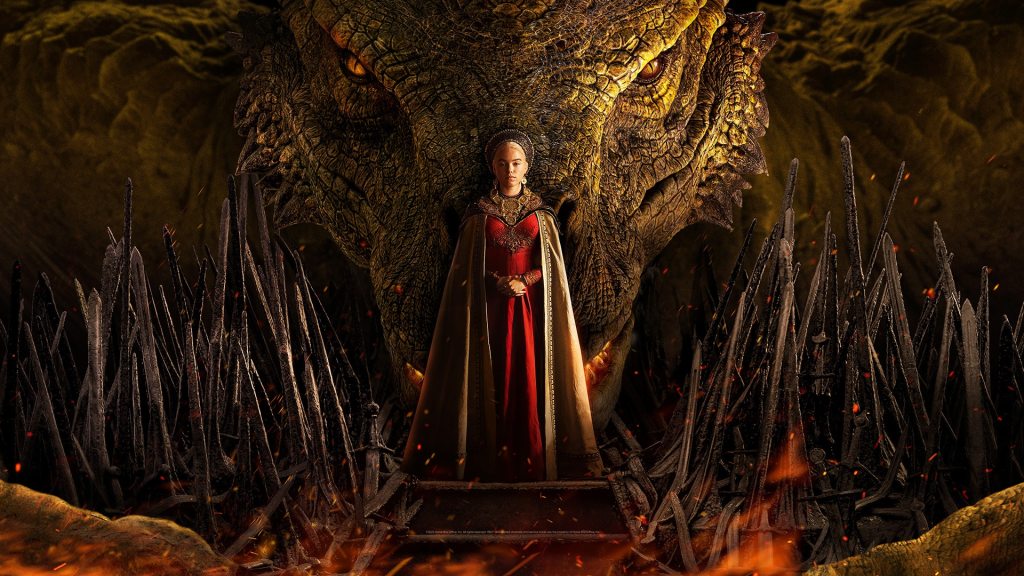 House of the Dragon. Image: HBO

We’ve just hit the midway point of 2022, with plenty of streaming goodies yet to come.

If you’re anything like us, you might be thinking: how much more TV can there be? And the answer is much. Much more TV.

What’s streaming from July to December

Synopsis: Set four years before Breaking Bad, Better Call Saul season six part two shows the further evolution of Jimmy McGill into the titular character, criminal defence lawyer Saul Goodman, as he and his wife execute their plan to ruin the life of Howard Hamlin and force a resolution of the Sandpiper case.

Where to watch: Stan

Why we’re excited: We’ve already seen the first half of this season, which left us on a cliff-hanger to end all cliff-hangers. No spoilers, but I can’t wait to see how they handle the fate of Kim Wexler, and whether bringing Walter and Jesse in at the last minute will be great TV or meaningless fan service.

What We Do In The Shadows – Season 4

Synopsis: The mockumentary-style show, which is based on Jemaine Clement and Taika Waititi’s film of the same name, centres on the inhabitants of a house in Staten Island: married vampires Laszlo and Nadja, the looking-for-love Nandor, energy vampire Colin Robinson (who is experiencing a sort-of rebirth this season), and the human who puts up with it all, Guillermo de la Cruz.

Where to watch: Binge

Why we’re excited: Four sexuality-bending vampires all living in a house together – what’s not to love? The dead but delicious gang returning to our screens is enough to get me through the rest of the year alone.

Synopsis: In 1916, Morpheus, the king of dreams and one of the seven Endless, is captured in an occult ritual. After being held captive for 105 years, Morpheus escapes and sets out to restore order to his kingdom of the Dreaming. Based on the book by Neil Gaiman.

Where to watch: Netflix

Why we’re excited: Gaiman’s novel of the same name was called ‘unadaptable’, and look at it now! It’s got a slick looking trailer that’s already given us goosebumps.

Synopsis: Paper Girls follows the story of four 12-year-old newspaper delivery girls set in Stony Stream, a fictional suburb of Cleveland, Ohio. As they’re out delivering papers on the morning after Halloween, the town is struck by an invasion from a mysterious force from the future.

Why we’re excited: It’s a feminist horror adapted from a graphic novel, which sounds like a winning formula. Plus the trailer is super spooky.

A League of Their Own

Synopsis: A League of Their Own evokes the joyful spirit of Penny Marshall’s beloved classic, while widening the lens to tell the story of an entire generation of women who dreamed of playing professional baseball. The show takes a deeper look at race and sexuality, following the journey of a whole new ensemble of characters as they carve their own paths towards the field, both in the League and outside of it.

Why we’re excited: It’s been 30 years since the iconic baseball drama hit the screen, and it’s great to see it back, this time with the amazing D’Arcy Carden in the lead role.

Synopsis: She-Hulk: Attorney at Law follows Jennifer Walters as she navigates the complicated life of a single, 30-something attorney who also happens to be a green 6-foot-7-inch superpowered hulk.

Where to watch: Disney+

Why we’re excited: Tatiana Maslany is back in what looks like a promising series, after wrapping up Orphan Black on a rather lacklustre note all those years ago.

House of the Dragon

Synopsis: Set 300 years before the events of Game of Thrones, the series tells the story of a turbulent period for House Targaryen, one that set sibling against sibling and dragon against dragon. The point of contention: who should rule on the Iron Throne, of course

Where to watch: Binge

Why we’re excited: We finally have an excuse to wear all our GOT merch again – that is, if you haven’t burnt yours in anger yet. Dracarys!

Read: Now that it’s over, why did Game of Thrones mean so much?

Synopsis: This award-winning comedy follows a group of teenagers navigating parents, parties, and school in Derry, Northern Ireland during the 1990s against the backdrop of the Troubles.

Where to watch: Netflix

Why we’re excited: This is the final season of the hilarious and nostalgic Derry Girls, the series that brought us endlessly quotable lines like ‘I’m the wee lesbian!’ and ‘If anyone is feeling anxious or worried or even if you just want to chat, please, please, do not come crying to me.’

The Lord of the Rings: The Rings of Power

Synopsis: This epic drama is set thousands of years before the events of The Hobbit and The Lord of the Rings, and will take viewers back to an era in which great powers were forged, kingdoms rose to glory and fell to ruin, unlikely heroes were tested, hope hung by the finest of threads, and the greatest villain that ever flowed from Tolkien’s pen threatened to cover all the world in darkness.

Why we’re excited: Who can forget the thrill of watching The Lord of the Rings for the first time? I’m really hoping this series captures that lightning in a bottle once again, unlikely as it may be.

Synopsis: An unlikely group of heroes set off on a dangerous quest to places far beyond their home, where they must face their inner demons and come together to save their world. Based on the movie of the same name.

Where to watch: Disney+

Why we’re excited: Mix a bit of nostalgia with a massive budget and you’ve usually got a winner for family TV night.

The Lost Flowers of Alice Hart

Synopsis: The show follows a young girl, Alice Hart, whose violent childhood casts a dark shadow over her adult life. After a family tragedy in which she loses both her abusive father and beloved mother in a mysterious fire, 9-year-old Alice is taken to live with her grandmother June on a flower farm, where she learns that there are secrets within secrets about her and her family’s past.

Why we’re excited: This is a highly anticipated original Australian drama, adapted from a novel of the same name. Sigourney Weaver stars as June.