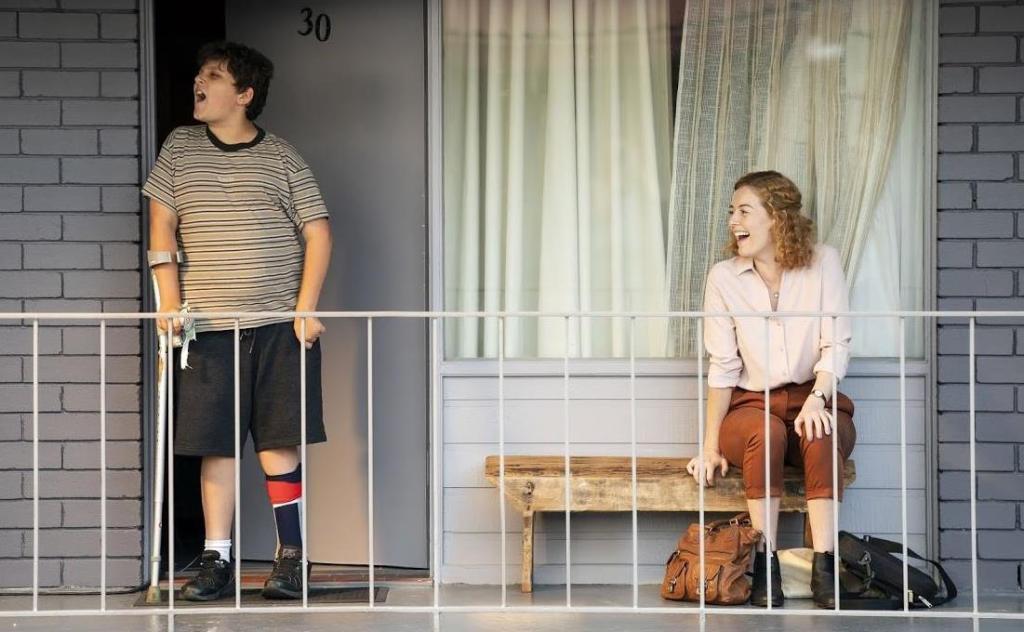 After formally cancelling the 2020 festival, SFF has since announced a lauded, smaller program over the same dates, 10-21 June. This is a common theme across the arts, nationally and internationally as the pandemic continues to decimate festivals, performances, and live events of all kinds. For SFF, the program looks quite different; but it still returns festival favourite, the Screenability program, now in its third year. With it, comes a host of new questions about accessibility in the digital age.

Director Anthea Williams’ short film, Safety Net, is featured alongside Diving In and Groundhog Night in the Screenability programming stream, which features three films made by emerging filmmakers who have a disability. She is understandably a little disappointed to have missed out on the thrill of a physical program, sharing that, ‘of course I’d love to see an audience watch my film. Directors learn so much from that; you can really feel how an audience journeys through a story.’

Disappointment aside, she sees the virtual program as a big win for inclusivity. Digital programming removes barriers for audiences for whom physical attendance is a complex proposition, either due to mobility, fatigue, age, time constraints, inaccessible buildings and environments, or physical distance.

Anthea Williams’ Safety Net is available for all twelve days of the SSF program, through the Screenability stream.

‘Making these films available for a full twelve days rather than a single screening, and in people’s homes, makes them so much more accessible to a wider audience, and that’s wonderful.’

The internet needs accessibility too

Sofya Gollan, who programmed the Screenability stream, concurs. However, she is quick to point out that not all digital programs are created equal. Accessibility is a core value of SFF; they have a thorough Disability Inclusion Action Plan (DIAP) which details improving accessibility in every area of the Festival, from the physical and digital programming to ticketing, customer service, and even retraining audience expectations.

As part of the DIAP, closed captioning and audio descriptions are available for every film in the virtual program. These steps aren’t always the norm for all digital festivals, especially the ones adapted from physical delivery at the last minute. For festivals programming panels, films, and other screen-based content without these steps, their work will still be inaccessible to Deaf and Hard of Hearing audiences, as well as audience members with low vision.

Unless these steps are taken, digital programs risk perpetuating the same access issues for audiences that they often experience when attending physical programs. The digital program can help make SFF’s program accessible to a wider audience, Gollan sees the digital program is part of the bigger accessibility picture – not a catch-all, by any means.

Read More: Bringing accessibility into play in the videogame industry

a program for Sustainable artistic support

Gollan believes the other major strength of the 2020 Screenability program is its effects beyond the program itself by creating further opportunities for artists with disabilities to establish themselves within the field on their own terms. One way it achieves this end is through its mentorship programs, which saw selected filmmakers paired with industry veterans during the production of their shorts. Gollan explains that these mentorships achieve more than just the development of a single work: ‘we hope that these mentorships help emerging filmmakers form relationships that last well beyond the program itself.’

Williams enthused about mentor Gracie Otto, and ‘unofficial lifeline’ Robert Connelly: ‘both of them were so clear that I could direct this film and reminded me how to find some freedom and fun despite how busy I would be on set.  I was so grateful to have that support around me, and ongoing connections in a new industry.’

People with disabilities who are trying to break into film are forced to operate without the standard ‘career blueprint’ that more privileged artists can follow, Gollan told Screenhub: ‘Filmmakers with disabilities often have to deal with more complicated issues around contracts and insurance. I’ve experienced it myself, on a set where the producers were concerned that my Deafness would mean I was more at risk of accident. And I wanted to say, you know – thanks, but I’ve managed to survive on my own okay so far!

‘These things take experience to negotiate, and that can be a real barrier. We hope that helping artists with disabilities build professional networks will mean they have people to talk to when they might want to question a contract clause, or aren’t sure if a stipulation is standard.’

For Gollan, developing opportunities that allow for artistic and professional independence beyond the program is key. ‘After the festival, it’s up to the producers to find a distribution platform for their work. I think the connections they’ve fostered during the program will help them do that. We’ve seen SBS OnDemand curate films from our Screenability and LGBTQI+ programs in earlier years; as a package, I think these three films are an enticing deal.’