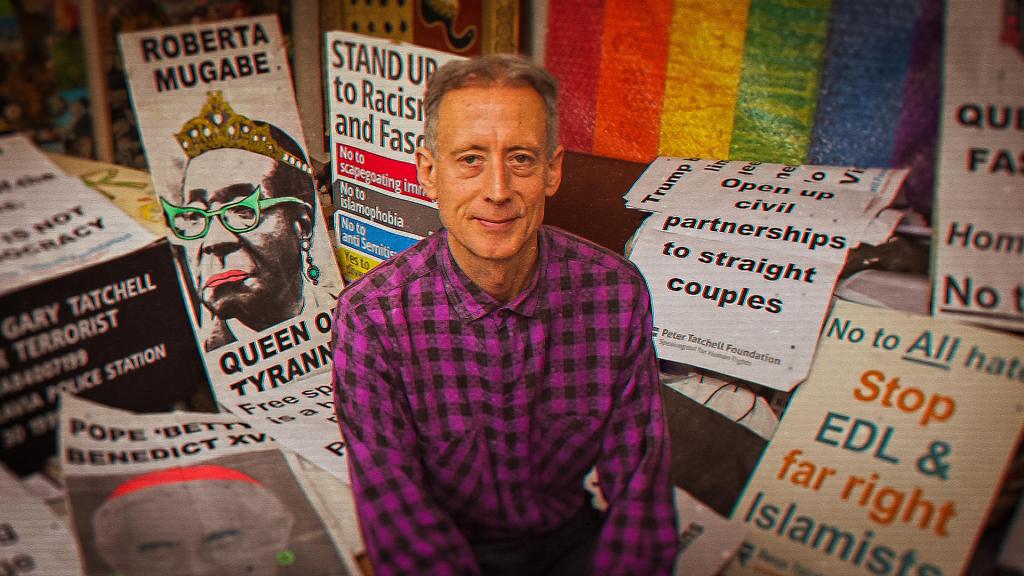 September is ready to serve up an eclectic mix from the archives of history, as well as documentaries and films come off the festival circuit and onto streaming platforms. If you missed something in cinemas or on the festival circuit, now is the time to see if it’s streaming elsewhere. This month, we a have lauded 2021 documentary Hating Peter Tatchell and 50s Aussie classic, The Shiralee, and everything in between. From Minari to MIFF premiere fund films, here’s what’s streaming in September.

This Australian Western is a 50s classic. Starring Peter Finch and directed by Leslie Norman,  the film follows a labourer and his 10-year-old daughter as they travel through the Australian Outback, where they encounter an assortment of unusual characters. An adaptation of the D’arcy Niland novel of the same name, The Shiralee will stream on Netflix from 1 September.

One of Steven Soderbergh’s absolute greatest is coming to Amazon Prime at the start of the month. This early 2000s crime drama stars Benicio Del Toro in an all star cast including Michael Douglas, Don Cheadle, Catherine Zeta Jones, Dennis Quaid, and many more. The narrative explores the practice of illegal drug trade from a wide variety of perspectives, from traffickers, to users, to politicians and enforcers. The result is a complex portrait of a world rendered morally grey: it’s well worth the watch.

This month also sees the debut of Streamline, a new Australian drama feature executive produced by retired swimmer Ian Thorpe. Streamline follows the talented Benjamin (played by Levi Miller) a teenage swimming prodigy with his sights set on the Olympics. But Miller’s disciplined world collapses in on itself when his father, long absent from his life is released from prison, and childhood traumas resurface.

If you managed to miss this universally lauded, heartfelt, nuanced look at the life of a young Korean-American family, fear not: it’s coming to Stan on 16 September!

It certainly won over Screenhub’s Film and policy lead, David Tiley. When he saw the film in March, he wrote:

‘Minari is made by Korean-American Lee Isaac Chung in his fourth outing as director. The story is unexpectedly uplifting. It is so clear about the gaps between people which create so much pain and alienation, with lots of wonderful moments between a grandmother and her resentful grandson as they form an unlikely alliance. It is still in my mind weeks later.’

Wes Anderson’s gorgeous animated feature, Isle of Dogs, is reaching Disney+ on 17 September. This charming film has Anderson’s typical quirky charm, paired with stunning stop-motion animation. It’s a must-watch for anyone with a healthy appreciation for man’s best friend – and if you’re not a dog fan, this might be the film to win you over.

The School That Tried To End Racism, 21 September, ABC iview

Hosted by Walkley award-winning journalist Marc Fennell, this new documentary series on the ABC explores a new anti-racism school program. The ground-breaking program, geared towards primary school kids, is designed to provide a class of young students with the tools to identify racial bias, and empower them to make positive change.

After its recent premiere at MIFF, as a MIFF premiere fund film, Hating Peter Tatchell will stream on Netflix from 22 September. This documentary follows the gay rights activist Peter Tatchell, best known for his controversial acts of civil disobedience. Written and directed by Christopher Amos, and executive produced by Elton John Hating Peter Tatchell celebrates the life of a revolutionary, charting a course from Tatchell’s early life to his fight for justice amid controversy and political turmoil, with appearances from Sir Ian McKellan and Stephen Fry.