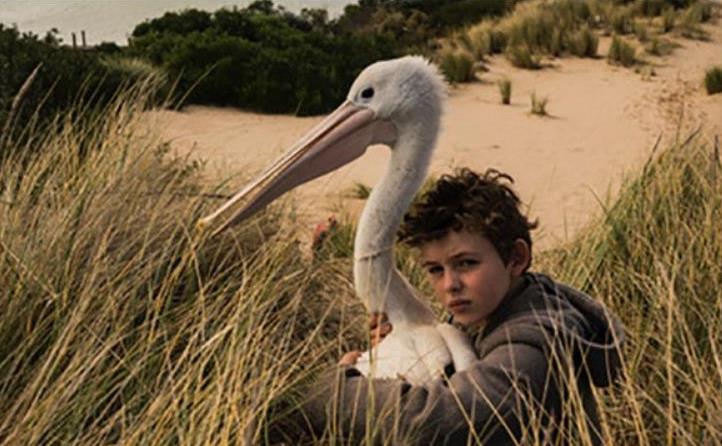 Both versions of Storm Boy were made in South Australia, covering two generations of screen creators. Image: Ausfilm

Faced with no less than three funded bodies dealing with the screen sector in a small state, noting they were all changing direction and leadership, the new(ish) South Australian Liberal Government was also caught in a financial vice.

Minister David Pisoni asked the formally constituted Screen Advisory Committee and a bunch of industry people (aka The Heavy Mob) whether the whole thing should be scrunched into one agency. Various permutations of this have been tried across the state agencies, which tended to lead to fidgeting about the role of the film festivals and a heartless destruction of the Screen Network organisations.

Behind the scenes, there was a certain amount of fretting about an attack of bureaucratic neatness. In fact, the government has left the three bodies where they are, mostly under new management which looks a bit like a new generation.

Fast forward to now, and the South Australian Film Corporation published an outline of the next three year plan, and then the document itself.

As SAFC CEO Kate Croser says, ‘it’s really important to be clear with industry and transparent around what’s driving our decisions, because because businesses are making investment decisions based on what the agency is doing. So that was the driving aim behind the strategy and presenting it so openly. But we also wanted to provide a focus for the agency.

In the spirit of clarity, the SAFC says:

The primary focus for SAFC support and funding will be industry professionals: mid-career to established businesses and practitioners that are in the business of developing and delivering narrative and interactive screen content, for any screen.

They will have the capacity to raise finance in the marketplace.

That is the first bit. The second, which the SAFC really emphasises, is:

‘delivering on our First Nations Screen Strategy through the support and development of South Australia’s First Nations screen sector.’

That strategy covers South Australia and the North Territory.

The third, which is usually the messy bit is this:

‘support and funding to develop emerging talent through its partnership with the Mercury CX and bespoke talent escalation initiatives.’

It is not directly mentioned here, but the (still independent) Adelaide Film Festival is a vital part of the mix.

According to Croser, ‘The Screen Advisory committee agreed that the best way to make sure that the agencies were using their resources in the most effective way possible for industry was to clearly delineate what each agency does and to not duplicate each other’s efforts. We now have better structural alignments and a great collegiate relationship between our three agencies that we are really enjoying.’

The documents went out for more discussion, and the result has been very positive.

The shining star of the Media Resource Centre (MRC) is the Mercury Cinema. That whole converted flour mill is close to the University of South Australia and we all know the university sector across Australia is desperate and feral. But the Mercury has remained independent, the MRC has been renamed Mercury CX (which is code for ‘excellence’) and Karena Slaninka is now running it. When she arrived in Adelaide and the MRC, she was known through her production work in Sydney and her time running Screen Tasmania. She is a determined optimist.

It is fair to say that the Media Resource Centre has survived for forty years on a community development model, which is distasteful to individualistic professionals looking for mainstream glory. It remains a valuable approach as an agent of change and a gateway to diversity. In the last few brutal years, when the MRC had no recurrent funding, it got the organisation through.

Now, Mercury CX has linked the cinema and the production work more closely, and committed itself publicly to the excellence which is familiar to the mainstream industry.

‘I would like to say that this is a place immersed in story’, says Slaninka. ‘And it’s a place where we champion story. And we champion the people who tell stories. If we want to be competitive in the global marketplace, we have to aim at excellence. We have to be bloody good. And how do we get good?

‘We have to put the money into development and really create those connections with the global marketplace.’

Slaninka acknowledges that organisations under pressure slowly end up hunting for sources of money and adapting their programs to suit. But that approach is reactive and de-powering. Whereas, she says, ‘We want to set a vision, be strategic in that vision, and then find the money to deliver on that vision, not the other way round. So you have to be true to the vision and be strategic and then find the sources of money to serve that vision and to deliver on the vision.’

The business model is about engaging with the entire sector, really making sure that the usual litany of courses, intensives, exhibition programs, conferences and awards are delivered precisely and aimed at excellence. With the usual deals and co-eventing.

Community development teaches an organisation to function organically, to pay attention to need, to enable participants, to adapt to the circumstances. It is a training ground for communication and flexibility. This current stage of the sector’s development can be seen in relation to its particular opportunities.

For a city of Adelaide’s size and cultural structure, this is a time of increasing ambition, of co-operation, of a strong emphasis on post production. The nature of philanthropy is changing, and screen may have an enhanced role in the general arts community. It is igniting particular mixes of talent. One adage from the inter-generational history of the MRC is probably that good ideas will endure but they take a long time to happen.

A question of money

The big problem remains financial. There is no new trove of cash at a time when government agencies are being cut. But Karena Slaninka refuses to believe that the pot can’t grow, while Kate Croser is being very strategic behind her practicality.

‘Every part of the screen sector could do with more money,’ she says. ‘If we had access to a new pot of money, I think it would be good to look really strategically to deliver the best outcomes for the sector as a whole.

‘I really think it need to be looked at broadly and holistically in terms of what’s going to best deliver outcomes to the whole sector.’

The Media Resource Centre has been claiming national attention for its Screenmakers’ Conference since 2014. This year, the Mercury CX Screenmakers Connect conference and lab is running online on 26-27 August.

‘This year a borderless SMC Connect brings you the best from around the world, including a revealing and insightful chat with a genuinely super nice guy, EP/Writer/Showrunner Pete McTighe who is just about to start shooting a new series for Netflix and BBC.  Along with a cutting edge industry panel where we delve into the world of ‘The Mandalorian’ and the new games technologies that are transforming our production models.’

And here is the beginning of the end for the Screen Network Organisations: