Imbued with the spirit of competition, one of our favourite larrikins sees the fight over revenue and regulation in TV from a different perspective.
David Tiley 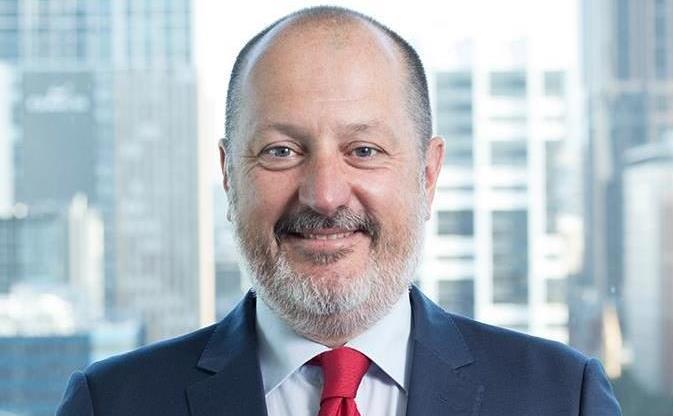 The income to the small screen sector relies on only two sources: the government, and advertising. It is that simple. In 2016, Russel Howcroft became chair of Think TV, a peak body to campaign for traditional television advertising and therefore a guardian of screen revenue. It is in his blood.

The government has just reappointed him as chair of the AFTRS board. He has run advertising outfit Young & Rubicam Brands. Ditto Network Ten. He is now Chief Creative Officer and a Partner at PwC Australia. He is known for his appearances on The Gruen Transfer and is turning up as a breakfast host on Sydney radio. So he sits at a really interesting nexus in Australian culture – he is a public larrikin with a good brain, an advertising dude who defends our culture. He runs on his own need for amusement but accumulates responsibility.

How does he see the revenue problem?

But Howcroft is also a buyer of advertising. He sees that broadcast TV aggregates mass audiences at very low cost per viewer. Digital media is precise, can find customers in small aggregations and allows a whole new layer of business to take advantage of marketing.

Effectively, traditional TV cultivates the desire and digital turns the recipient into an active buyer.

‘The best thing that’s happened to television is the fact that people triple screen. It’s a really good thing because the hand doesn’t go wandering to the remote control like it used to.’ Russel Howcroft

‘The best thing that’s happened to television is the fact that people triple screen. It’s a really good thing because the hand doesn’t go wandering to the remote control like it used to. Because the hand is on the mobile or the laptop you’ve got your mobile and commercial television is almost in the background like background radio and that is really good for advertisers.’

This may sound cynical, but it puts food on the table for screen makers. ‘You can even think of it as a TV screen is the shop front, and the mobile phone is the cash register.’

Read more: TV has changed, so must the way we support local content

Can we rebalance the ad spends?

‘In the last few years, there’s been a reassessment of each individual media’s strengths and weaknesses.  The job that we’ve been doing at PwC is very, very deep in the discussion around optimum media mix.

Howcroft argues that the companies have to create scale in order to prosper, which means they will ultimately sprawl across the whole value chain to provide both the front window and the cash register. We can see that model playing out in China, in which enormous fiefdoms collide and collapse.

The problem here is that broadcasters provide content which enables our collective desires and fantasies to coalesce, but it also deals in news and current affairs. In that space, Howcroft is up against the argument that aggregation undermines democracy.

Will the networks end up doing drama?

‘One of the reasons why is because you can watch a drama without commercial interruption which definitely plays a role, obviously, in the enjoyment of the programming. So sport, event TV, reality TV and news is the cornerstone of those entities.

‘And increasingly, it’s difficult for drama to play a role. Because, the other thing about drama is there is a global benchmark and we are all used to watching brilliant drama. In a purely commercial context in the Australian market that is a really big hurdle to jump through. It is a very tough thing to do.’

At the same time, we all know that Australians like Australia drama. The OTT companies with their revenues from their international reach are realising the value of a local component to their programming.

‘So the OTT players will recognise that they need to invest in Australian programming. Not all the time of course – let’s call it local tentpole programming. It probably is the right strategy for them because they need to keep showing value for money. Many of us would be assessing the sheer weight of subscriptions we have and part of the value is Australian stories.’

Should the streaming services be regulated?

‘I think there’s a really strong case around investment in local productions if you are taking money out of the country.

‘You are competing locally and taking eyeballs away from Australian media companies and not investing back into the Australian industry and I think there is a legitimate conversation there.

‘The tension is real because Australian media companies are constrained. They have to spend money on drama, on kids’ programming etc etc, but those constraints don’t exist for the OTT companies. You’d have to think at some point in time that will change.’

Should the Australian broadcasters be constrained?

‘I really have to think about that one more deeply,’ he replied. ‘My immediate reaction is that it is good for the commercial channels. If they didn’t have those constraints they would probably walk away from them because they are going to get their costs down. But in doing so, they would lose audience.’

Where are we going next?

I challenged Howcroft with a rosy picture of production in ten years’ time. Could we have a robust commercial sector in Australia, which benefits from the screen industry’s participation in the world market? Where new generations of storytellers are doing very well? He turned down the rosy glasses.

‘I’m thinking about a different way to answer that question.