Producer Al Clark reveals storied past in part one of autobiography

Producers are hand-crafted by individual experience, but few were as wild as Al Clark, who helped create both Chopper and Priscilla, Queen of the Desert.
Julie Marlow 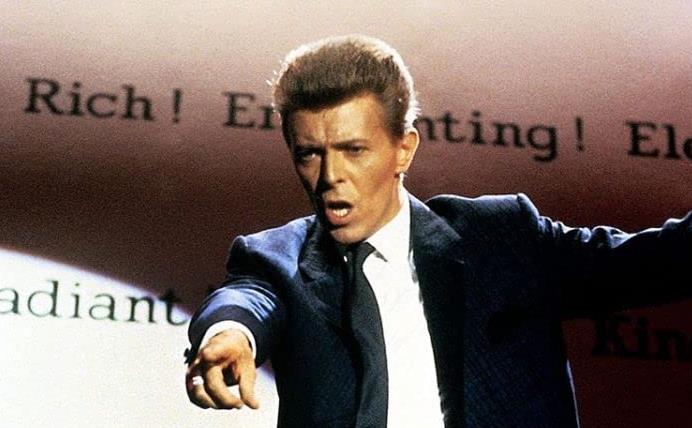 Al Clark was the executive producer for financiers Virgin Records on Absolute Beginners. A show which featured David Bowie, icon of a drug-addled and narcissistic era. Clark moved through it all with aplomb of a man who said no to drugs and went home to his young family.

Editor’s note: Veteran producer Al Clark is a walking time machine, who started in London during the Sixties and built a career in the music biz before he took Virgin into film and emigrated to Sydney for the love of Andrena Finlay, where he began with The Adventures of Priscilla, Queen of the Desert.

The first half of his two-volume autobiography, Time Flies, describes a very different way of learning to produce. Who better to write about it than Julie Marlow, who started her own production career in Soho a little later?

What makes a good producer?  They come in all shapes, sizes and temperaments, but there are some common qualities that distinguish the stand-outs – patience, focus, objectivity, persistence, attention to detail, quiet conviction and steely grit.  Easy to list, hard to master.

Al Clark’s career was ordained from childhood; born in Huelva, Spain and home educated in a mining town in Spain where his parents were posted, he discovered his own Cinema Paradiso in the local flea pit.  An obsession was born. Technicolor Spain gave way at the tender age of 9 to the inevitable fate of a middle-class ex-pat boy, a stretch at a dreary boarding school ‘back home’.  Emotional repression as a result of these separations characterised generations of privileged young men, many of whom wholly embraced their lot and cultivated their entitlement.  Others, like Al Clark and many of his future colleagues, developed a lifelong aversion to institutions and unwarranted authority – the first step in a life of creative independence.

Clark had developed an expertise in his early years that carried him through his entire career; a loner, emotionally detached and forensically observational with a nerdy pop culture bent and a cool head, he first found a home as a music reviewer for Time Out, the Bible for young Londoners at the time. The alternative press in the 70s had a level of editorial freedom that would be unthinkable today, the music press in particular was no-holds barred, and personality cults developed around precocious young writers like Julie Burchill and Tony Parsons, enfants terribles at New Musical Express.  It’s therefore somewhat counter-intuitive that a non-attention seeker like Clark should be enticed into PR, spruiking new talent at the boutique Raft Records.  It didn’t last long; Warner Entertainment, the parent company, pulled the plug in 1974 after just a year. An excellent time for Richard Branson to call.

Branson, a maverick from the get-go, with his equally mercurial partner Nik Powell, had just translated their mail-order record company into Virgin Megastores and the company was riding the wave of early success with Mike Oldfield’s Tubular Bells. Virgin was radically different – non-hierarchical, egalitarian, chaotic, eclectic, a champion of alternative artistry – allowing its headline successes to fund some risky signings. Creative fuel for Al Clark, who was free to make up his own role on the run, enabling some great counter-culture acts of the mid to late 70s, surviving the Sex Pistols, and paving the way for Virgin’s entry into film.

The Rise of Virgin

The timing was spot on; the old school backward-looking duopoly of the Rank Organisation and EMI Film Distribution was giving way to the creative energy of young guns like Branson at Virgin, Steve Woolley and Nik Powell who were about to form Palace Video, later Palace Productions. There was little obstacle in the way of Branson and Clark; the film business was largely unburdened by bureaucracy at the times, fertile soil for young entrepreneurs who could write their own rules.

The film business was also largely unburdened by women; other than formidable ground-breakers like Beryl Vertue in film and Verity Lambert and Linda Agran in TV, women in positions of influence were rarer than hen’s teeth.  In my modest echelon at the time at EMI film sales, women were a little better placed, but it really was all window dressing; there were no female sales heads and very few acquisitions positions until well into the 80s.  People of colour were all but invisible. And so it has been.

For all the swash and buckle of Branson and his cohorts, they were the old establishment in new clothes with permission to swagger. They were the product of privilege and good schools, and in that sense, nothing had changed.  What did change was the advent of 80s political cinema as a backlash to Thatcher, with films like The Ploughman’s Lunch, and the work of Leftist stalwarts Mike Leigh and Ken Loach. The entrance of Channel 4 into the arena provided an antidote to period dramas, shaking it up with My Beautiful Laundrette, a gay bi-racial love story that felt like freedom.

As Head of Production for the newly minted Virgin Films, Al Clark was building producer credits on Electric Dreams, a film that took only four days for Virgin to finance, the financially stretching Nineteen Eighty-Four and the one that almost sent them to the wall, Julien Temple’s Absolute Beginners. These were distinctive choices grounded in the company’s music ethos, and totally in keeping with the zeitgeist, but with demanding directors and budget and schedule blow-outs, they bombed at the box office.  It’s a testament to Branson’s nerve and chutzpah to fully commit to these escalating productions in the middle of trying to launch an international airline, and to Al Clark’s steady hand to see them through.

Virgin floated as a public company in the late 80s, bringing risk aversion with it. Unfettered creative decisions were off the agenda, and the film company became exclusively an acquisitions entity.  Overload, burnout, and a marriage breakdown prompted Clark to resign and reassess. A long-distance romance with the Australian producer Andrena Finlay led to a fork in the road and a move to Sydney.

This first of a two-part biography is a fascinating look at the making of a producer, and how accidents of time and location, strength of character and a bit of luck can steer us ultimately to the right place.

Time Flies, from NewSouth Books/Brandl & Schlesinger is out now.

Julie Marlow is back in the freelance world, and loving it.