Inspired by The Weight of Elephants, the Danes and New Zealanders have gone all legal to build a relationship.
David Tiley
[This is archived content and may not display in the originally intended format.] 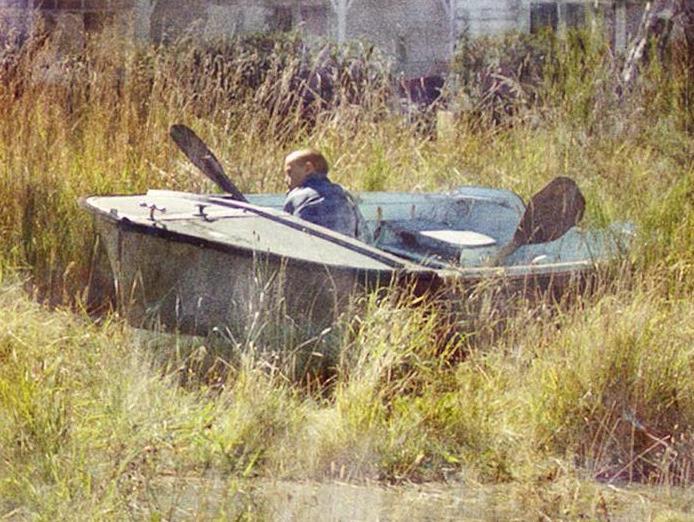 Becalmed in a sea of weeds – the ugly alternative to international deals. Source: detail of production still for The Weight of Elephants.

On Monday, in Cannes, the respective CEOs of the New Zealand and Danish Film organisations signed the Gibson-Nielson pact to enable official co-productions between the two countries.

This brings to fifteen the number of co-pro agreements signed by New Zealand.

Unlike many co-pro deals which are seen mostly in terms of tax benefits, this one is occurring between two countries in which the funding agency is the dominant player, at least in smaller productions.  This means the deal will strengthen access to funding opportunities between the two, and iron out the messy bureaucratic details around working in each other’s countries.

It will also provide some indirect hub opportunities, as co-pro arrangements can daisy chain across Europe, as long as each country is represented by a production entity.

On the minus side, the legals can get a tad complicated.

The growth of the original unofficial co-pro deal behind The Weight of Elephants, written and directed by Daniel Joseph Borgman, and produced by Leanne Saunders through Severe Features and Katja Adomeit at Zentropa,  was organic and depended on particular circumstances .

Daniel was born in Invercargill, studied science in Otago, and became a runner and post-production assistant in Auckland. In 2007, he moved to Denmark, and ultimately attended Super 16, the alternative Danish Film School, where he teamed up with producer Katja Adomeit, with whom he has now made five films.

Berik, shot in Kazakhstan, won the Grand Priz for best short fim at Cannes in 2010, while the The Weight of Elephants was developed through the Cannes Cinefondation’s The Residence program in Paris.

In between, Katja spent six years at Zentropa, and produced Elephants under its banner, along with Swedish company Film I Väst. She is now working at the Coproduction Office in Denmark and still producing films. Besides Anna Eborn, and Behrouz Bigdeli, she is developing projects with Sam Holst. He is a commercials director with international company Sweetshop, and made the NZ short Meathead.

Despite this long journey into Europe, the film is set back in Invercargill, and credits local agencies for development support. It is hard to imagine it as anything but a New Zealand film.

As such it is a fascinating example of the co-production system in action, even though this one was unofficial. It has also grown from a filmmaker who has embraced the European development route, which is different from the structures and values offered in the US and Anglo-Celtic world.