With a much smaller country and little room to grow agencies, the New Zealanders have built a new kind of government entity.
David Tiley
[This is archived content and may not display in the originally intended format.] 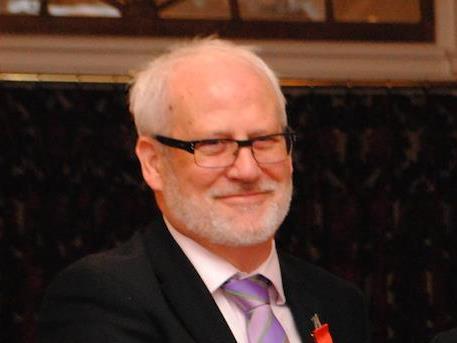 Image: Dave Gibson in formal mode at his investiture with his ONZM for services to the film and television industry, in September 2012.

Australians are grimly aware of the tendency to create less but larger agencies, and cram disparate bits into the same standardised box. Creating Screen Australia was a Herculean effort, the Abbott government wants to push the specialised National Film and Sound Archives into a generalised cultural agency back end, and right wing pundits keep trying to mash SBS and the ABC into the one broadcaster.

The New Zealand Film Commission has announced the creation of a ‘virtual agency’ which also incorporates NZ On Air and Film New Zealand. It will be called Screen New Zealand.

According to Dave Gibson, the CEO of the NZFC, “What it really is, we’ve got three agencies that work in a space which in some countries is seen as best served by a single organisation.”

The NZFC is 35 years old, and run by an act of parliament which only uses the term film, so the agency is pushing the bureaucratic envelope by dealing with newer technologies.

Film New Zealand, by contrast, is “not an agency,” he said. “It is a trust set up by the industry to promote our programs overseas. In the early days it was more commercial – it was originally set up by commercials producers to market New Zealand overseas.  It is now funded by the economics and business ministry, and is largely focused on getting more Hollywood studios to shoot here.”

NZ on Film is the funding agency which supports domestic television production, mostly from the independent sector. Said Gibson, “They have a really simple mandate of getting NZ content on air.  We have a mandate on NZ films and an industry health mandate, which is why we are running a business development scheme.”

The NZFC tends to sit between the others, because it has more in common with both than they do with each other. But, “If we are not careful, we trip over each other. This is an attempt to co-ordinate with each other a bit better, and tell the industry we are doing that so if we don’t the industry can tell us we are failing.

“Rather than just tell everyone we are working together more closely, we called it a virtual agency and gave it a name so it would a little sexier and get a bit more attention. It is a symptom of the 21st century – everything has to be named and branded.”

Screen NZ will have no premises, no staff, no logo and no stationery. Instead, it is effectively a set of agreements about which agency will deal with the elements of initiatives badged to Screen NZ. That provides clarity to the screen community, enables the agencies to deal with the overlap problem, and co-ordinate resources.

The role of incentives is one key example. Film NZ has tended to market the incentives as a means of attracting Hollywood productions. But the landscape has changed as the incentive available to television rose to 40%.

Production companies can now be encouraged to work in both film and television, and to increase their focus on co-productions. That kind of activity is best badged to Screen NZ as the unified entity, with NZFC as the lead agency internally.

“Here is a good example of cutting down the bureaucracy”, said Gibson. “I discovered there is no research and information about audiences in NZ so we’ve hired a researcher, but we are actually sharing them with NZ On Air. They are different in what they want to look at, and we pay them for three days. It is a full time job, it is good for us, and we are all in the same building so it’s just a matter of two desks and a laptop.”

New Zealand has now signed a co-production treaty with Denmark, which reflects the particular nature of the NZ system. On one level, it is a modest deal, but the ceremony reflects the way it can work on an informal, producer to producer level. The aim is to foster relationships rather than projects.

“As part of the signing, these things are often held in embassy buildings”, said Gibson. That implies a certain level of pomp. Instead, the various CEOs signed a certificate “at a restaurant with a large amount of champagne and some food and about twelve producers from each country, and we made sure everybody met each other. I am kind of optimistic that the function will create a few opportunities. If we see some synergies that look interesting, we will definitely oil the wheels.”

To some extent, this is driven by the Danish and NZ experience of The Weight of Elephants, which emerged from the original announcement we covered at the end of May.

But Dave Gibson points to another level in the relationship, based on the way that both feature sectors depend on their agencies.

“They do about twenty films a year, and we are not at half that number, and we want to get that number up to towards that Danish figure.  What do they do that we don’t do?