While the sector is frantic to start shooting, it is also relishing the chance to develop projects. How does that feel to Nerida Moore, Screen Australia’s Head of Development?
David Tiley 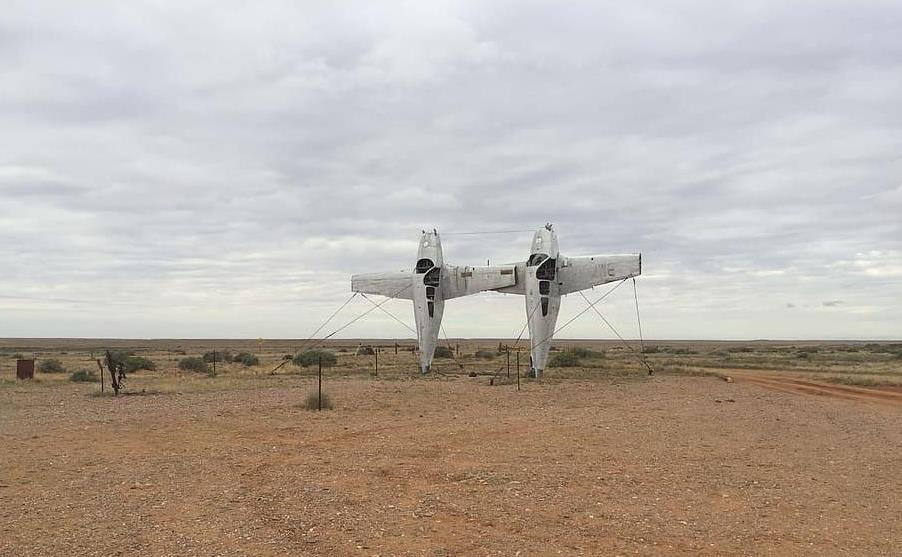 Somewhere beyond the black stump: every culture is twisted in its own way. Image: PXfuel.

Ask any agency or guild what is happening right now and they will talk frantic busyness. Nerida Moore’s department at Screen Australia is currently managing around two hundred new applications, for instance, under increased pressure to be fast and worthwhile.

The emphasis on development is increasing the pace of change, which is already driven by the deep crises in screen communication. Subtle adjustments are turning out to liberate transforming possibilities.

‘Some of the more experienced writers have now heard the message that they don’t need a producer necessarily to be eligible to come in.’

‘Some of the more experienced writers have now heard the message that they don’t need a producer necessarily to be eligible to come in,’ she says. ‘They can explore their ideas and work up some pitch documents and or some short form story materials and then pitch to a producer or straight into a streaming service.

‘There are some new voices coming through that seem to be teaming up with more experienced people at this point as well, who can help guide them strategically with their projects.’

Screen Australia has been using its Premium and Generate strands of development for almost two years to shape the experienced/higher budget and newer/lower budget strands.

‘I think there’s been a real bifurcation between Premium and Generate. We are seeing a trend in book to screen adaptations coming through for Premium projects.’ They are often based on real life stories.

‘The more original stories have been coming through in Generate. Online has been embraced by women and comedy, particularly this financial year. These women are kind of interrogating themselves in their environments, with flawed complex characters, taking agency but also poking fun at themselves.

‘What we’re not seeing is projects predominately aimed at kids, which I think is a missed opportunity.’

Any development at the moment is confronted by the sheer unknown-ness of the future, because starting a project is always a bet on the world in two or three year’s time. That’s a tough set of risks. At the moment, it seems that creators are focused on inventive responses to new restrictions while we all fumble with a burst of new computer possibilities.

‘It is about technologies, particularly the bigger end’, Moore says, ‘but then also, how do you scale the storytelling? Maybe it’s about smaller budgets, about nimble, flexible crews with limited costs and locations..’

All possibilities occur in a marketplace, but this crisis is so all-encompassing it will ripple through everything in surprising ways.

Screen Australia has been pushing the international direction of the industry with delegations to Hollywood. Moore shares the observation that the overseas (basically US) market is genuinely interested in a new relationship between global and local. It is now called ‘glocal’.

There is a fascinating change in emphasis coming from this. Global partners are interested in talking directly to the creators of ideas particularly because it is harder to sense the passion behind a project based on an adaptation.

‘There’s a big emphasis on knowing why it is you telling the story. What is it about this story that makes it undeniable for you? Why wouldn’t it be as effective or good without you? What are the resonances for audiences about this story now?’

‘I think there’s an acknowledgement about the creator, whether it be a writer or a creative producer. Who are finding a lot more agency and and are being valued in an international environment, and have a little more control of what is being said and how it’s being said.

‘There’s a big emphasis on knowing why it is you telling the story. What is it about this story that makes it undeniable for you? Why wouldn’t it be as effective or good without you? What are the resonances for audiences about this story now?

‘That is the idea that the identity of the birth behind a story is integral to the work at the end.’

‘They are looking for that absolute visceral emotional connection, of what, why this, why now. Because to have an impact on an audience, it has to be meaningful and it has impact on the people who are telling those stories. We know that the marketplace has been banking on this, so it is a dance between art and marketplace. Audience emotion logic.

‘It is a constant. We present original stories to get broadcasters and streamers talking about the really deep connection with any story which they are looking for.’

Which brings us to the question of audiences and how they can be factored into the development process.

The question of audiences

‘We tend to be a bit boring here because we put in a lot of questions about audience in our application. But we’ve also tried to be a bit more lateral in our thinking. It used to be about age, range, gender and platform. But we are also asking what kind of psychographic. Can you describe what kind of consumer community that your audience belongs to?

‘What are their attitudes, habits and hobbies? What are their behaviours and motivations which will drive them to the project?  What sandpit they’re playing in, what their expectations are right now and what trends are being seen in those areas?

‘It’s not a science, but the marketplace where you’re looking for financing is looking at the audience, already.

This is measured language as producers and agencies pick their way through a market which is using huge amounts of data and evolving algorithms to track changing audiences. Fundamentally, each stage of this process is about reducing risk.

But that approach is inherently impoverished and pushes creators to behave as if they are mechanical and repetitive. Nerida Moore ended the discussion with a pivot of her own which brings the humanity into processes which are fundamentally human.

’I think it’s a pact that the storyteller makes with an audience. If you come and see this, you will have this experience. It is a great backwards and forwards between expression, what the audiences sees and how they are going to read it.

‘You know, there’s a lot of space between the storyteller and the marketplace, but ultimately it’s that pact, that we are going to give you something and it’s an experience.’