Legendary Pictures re-invents itself as a Chinese entity heading for the stock market, in another sign of the times.
David Tiley
[This is archived content and may not display in the originally intended format.] 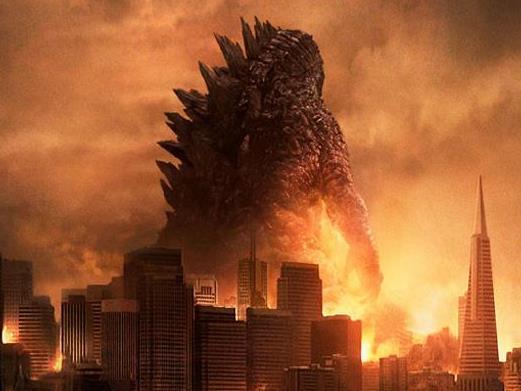 Image: In 2014, Godzilla took US$201m in the US market, and US$78m in China, proving a common fascination for destructive reptiles.

The 2014 Godzilla was made under a co-financing and co-production deal between Warner Bros and Legendary Pictures, after they bought the rights from Toho who turned the city-smashing brute into a franchise with over thirty films. The saga of Godzilla in popular culture serves to illustrate that the relationship between East and West is much more complex than the ‘Hollywood Rools’ story we tend to believe.

The latest twist in the story of Legendary Pictures is another example.

Legendary has just been sold to China’s Dalian Wanda Group for $3.5b. [All figures in US$ unless otherwise stated]. Wanda has bought all the Legendary shares, and will keep founder Thomas Tull as Chairman and CEO, apparently on a massive journey to satisfy two tax regimes and regulatory arrangements so the company can go public.

About the deal, company owner WangJianlin said, ‘The acquisition of Legendary will make Wanda Film Holdings Company the highest revenue-generating film company in the world, increasing Wanda’s presence in China and the US, the world’s two largest markets. Wanda’s businesses will encompass the full scope of film production, exhibition and distribution, enhancing Wanda’s core competitiveness and amplifying our voice in the global film market.’​

Why is this important to ScreenHub? After all, the washing machine of Hollywood finance is incredibly complicated and we usually only watch it for the Australian undies whirling around in the soap. Some of the most interesting are owned by James Packer and RatPac.

The answer is about the identity of the players. The Chinese buyer, Wang Jianlin is considered by Forbes to have a net worth of $27.3b, which is pushing towards the combined worth of David and Charles Koch at $40.3b. By comparison, Rupert Murdoch and his family are together worth $11.3b while James Packer comes in at $3.9b, all as of 12/1/2016.

The company for sale, Legendary, was set up by Tull in 2000, using $500m from private equity funds, which opened a whole new world of financing for Hollywood. That brainwave was no flash in the pan – the company made a string of hits which were released in deals with Warners and then Paramount. It had gone into the riskiest end of the business – production – and made it work.

In ten years, Legendary films have made $13b at the box office, which includes Batman Begins, Superman Returns, 300, The Dark Knight, The Hangover, Where The Wild Things Are, Inception, The Dark Knight Rises, Pacific Rim, Godzilla, Interstellar, and Jurassic World. Legendary is not by any means the King of Hollywood Hill – only the Dark Knight films and Jurassic World make the top one hundred grossing films adjusted for inflation, so we are not talking Star Wars here. These are also co-production deals with major studio distribution and often popular franchises, so Legendary does not have a secret office creating hits from scratch.

But we are looking at a major company, which is now owned by Chinese interests, and a doorway to that expanding production and exhibition market.

Not since the 1989 purchase of Columbia by Sony has a major US property been bought by an Asian company in a long term deal, though Matsushita had Universal for around five years from 1990, until it was onsold to Seagram. Sony Pictures has been happily making between $3-4b in box office per year recently; it has a much broader base than Legendary, including distribution and niche production companies.

Indian media group Reliance launched a major initiative in 2008, funding a lot of development deals and buying into DreamWorks for $325m in a joint venture with Steven Spielberg, and added another $200m to cover its flops, which Disney was distributing. Cowboys and Aliens and War Horse were among them. Reliance is still involved, through Ambling Partners which also includes Participant Media and Entertainment One.  But that is a much smaller play.

Red Army veteran and shopping centre magnate Wang Jianlin set his Wanda Group on the world stage ten years ago, when it began to invest in entertainment properties. By 2007, he was heading to his first billion dollars. Five years later, the company had assets of $35b, including a modest 730 screens in China. It then bought AMC Holdings for $2.6b to add 346 US cinemas to its international holdings, creating what it claims is the world’s largest cinema conglomerate. Since they are multiplexes, the Wanda Group then owned a total of six thousand screens.

$2b of that AMC tranche was used to retire debt, reflecting the comparative difficulties of the sector. AMC is the second largest US exhibitor which wrong-footed its opposition by inventing the steeply raked stadium cinema, to cram more screens on its existing sites. It was a key moment in the evolution of the modern multiplex.

In September, Wang announced he would invest around $5b in the domestic Chinese production industry, and donated $20m to build the US Academy of Motion Picture Arts and Sciences Museum, which will cost a total of $250m..

Wang Jianlin’s business associate Sun Xishuang bought Hoyts and its four hundred screens, along with the Val Morgan group  for around AU$900m just a year ago and then sold it to the Wanda Group six months later for the same amount, give or take fees and a declining AU$.

Wang was born in 1954, and Wikipedia claims he is the biggest real estate developer in China, which also means he is generally regarded as the richest man in China. His one son, Wang Sicong was educated at Winchester and University College London and allegedly bought two gold Apple Watches worth a mere £26,000 for his dog, a handsome husky called Wang Keke. Not everyone saw the joke. In 2011 he bought an eSport multiplayer videogaming team called Catastrophic Cruel Memory for $6m, and grew it into Invictus Gaming with squads in several leagues.

Wang Jianlin is currently spending almost $5b on the Oriental Movie Metropolis Studios in Qingdao, once known to the Western occupiers as Tsingtao, on the east coast, where the climate apparently resembles Hollywood. By 2017, it is planned to be the biggest studio complex in the world, making 130 features per year, which is a little under three releases per week. Thirty will be overseas productions. Hengdian, the current largest studio, is only slightly smaller but does not include a wax museum and a temperature controlled horizon tank.

The Telegraph in the UK provides the background to Wang Jianlin’s career, as a child of the Communist elite turned soldier and ultimately capitalist. The New York Times quotes chapter and verse on his participation in the network of elite Party leaders. His past has left a trail across his personality – he is said to sing Mongolian and Tibetan folk songs at meetings. He is also described as ‘a man of Napoleonic ambition’ by The Economist, toughened perhaps by his forced marches through the snow as a teenage soldier. He is fond of time clocks for his staff, savage about punctuality and brutal in defence of a suit and tie.

In our small market, Wang Jianlin has made a significant difference to the eastern seaboard. He has bought the Jewel Project on the Gold Coast, spending $900m on a luxury hotel and apartment complex in three separate towers on the waterfront. He is spending a similar amount on the 1 Alfred Street Project in Circular Quay, the concept for which was approved by the Sydney Planning Commission on 10 December.

In November, the South China Post published a long interview with Wang based on a Harvard event, partly in response to the NYT research. He was pretty careful, but he pointed to the huge growth in Chinese sport revenue – ‘At the start of the year, China’s State Council formulated a plan that expects its sports industry to reach a net worth of 500 billion yuan (HK$610 billion) by 2025, which will come up to around US$1 trillion, or at least US$800 billion, if the yuan appreciates. It means there is ample room to grow in China’. That is a boggling figure but it is only twice the size of the US sports industry in a country with at least four times the population. The per capita income in China is already 60-70% of the US.

Wang’s strategy to grow internationally seems pretty simple. Work through the legals, make sure you keep the original management and pay them properly. And that troubled relationship with government?

No problem, he said. ‘… private companies that go global to expand their business are answering the call from government. At the end of last year, China’s State Council specifically released specifications to guide private companies going global. It can be said that Wanda answered that call.’

HIs ultimate aim? ‘I hope that, in the future, when people are talking about Wanda, it could like they are talking about Microsoft, Apple, or Wal-Mart nowadays. To build a top brand as a leading Chinese enterprise, it’s my dream. Speaking of when I could achieve it, maybe in four or years at the fastest pace, or seven to eight years at a slower pace. I will retire by then.’

Here is the point, really. Those international brands are essentially specialised, but Wang Jianlin is building an integrated group that covers real estate, tourism, sport, and media creation. His Godzilla is single-minded and getting stronger. ‘Wanda’s core competitiveness comes first from having money. As the economy develops, the cash flow runs stronger and stronger, so that we need to buy more assets. The second is that in Wanda, I am the largest shareholder and the final decision-maker and want to drive the company with long-term strategy and help our company achieve its value through efficient management.’

The Hengdian Studio complex has replica palaces from the Ming and Quing Dynasties, and streets in Hong Kong and Guangzhou. In a small sign of the times, the Oriental Movie Metropolis Studios will have a permanent version of a street in New York.

Wang Jianlin has come a very long way from his youth as a border guard in Mongolia. He is spending around $156m to restore the Porcelain Tower of Nanjing, also known as Bao’ensi or the ‘Temple of Repaid Gratitude’. ​Nine stories tall, ​around 100m high, destroyed during the Taiping Rebellion, it was built of white glazed bricks, with a golden summit. That somewhat mysterious object is sometimes described as looking like a pineapple.

Triggered by that dog story, the Western media is not being kind to Wang Sicong. He is alleged to have bought a pair of Tibetan mastiffs for $3m, hired and cleared an entire resort so his pet sealion could celebrate a birthday, and prefers women with large breasts, which one does not say in public if one is a Chinese tycoon. This looks like another version of the dynasty stories which enliven our perception of the Murdochs and Packers.