From starting in camera departments to running South Australia’s Epic Films, Kirsty Stark took her time to really think about building a business aligned with her values.
Rochelle Siemienowicz 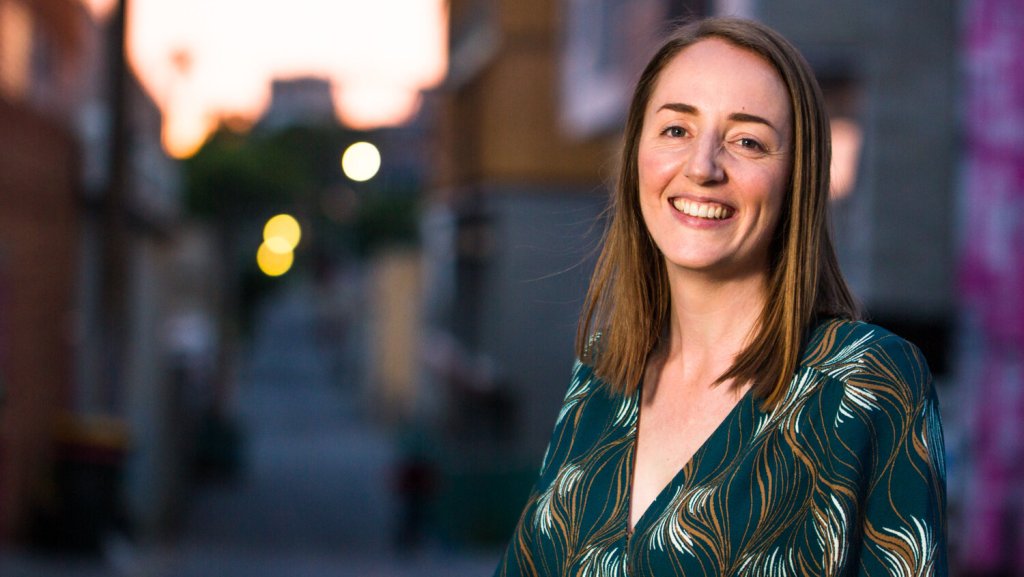 Back in 2017, Adelaide-based Kirsty Stark found herself at an important career crossroads. She was an almost accidental film and TV producer with some really significant credits to her name (web series Wastelander Panda and Madman feature film A Month of Sundays), but she had a real gap in her business skills.

‘I just felt like I’d kind of been going flat out working on projects, but hadn’t caught up or learnt the necessary business skills,’ Stark says on the phone to Screenhub. ‘I had this company that I’d set up to run a couple of projects but because I never set out to produce upfront, I’d never taken a business course, and felt like I was probably out of my depth in terms of the sustainability of the company.’

Contrary to her film school perceptions, producing was both creative and strategic.

‘I realised that producers were not just the boring people who filled in the paperwork so others could go out and do the fun stuff. They were actually part of the story, from start to finish. Getting to put your imprint on how a story is told, while supporting someone’s vision onto the screen, a vision that you really believe in, well, that’s pretty magical. I’m really glad I found my way into it because it’s a very special thing to be doing.’

But back to those crossroads. How to make a sustainable business instead of merely subsisting in a cottage industry mode of production? Stark investigated a number of courses. She wondered if she needed to do an MBA, or some screen business courses at AFTRS. What ended up catching her eye was an ad on Facebook for Seth Godin’s altMBA.

If you’ve never heard of bestselling US author, podcaster, blogger and business guru Seth Godin, all you really need to know is this: the former dot com business executive turned iconoclastic creativity guru and change-maker blogs every single day and believes that creativity is a choice not a gift. His books include Purple Cow: Transform your business by being remarkable (2003) and most recently The Practice: Shipping Creative Work (2020), which is all about getting out of your own neurotic perfectionist way and serving your audience or community by delivering the goods.

Speaking personally, I’ve been reading Godin’s work this year via the Tim Ferris podcast, and when I saw Kirsty Stark’s website, which includes information on her work as a coach with the Seth Godin altMBA, my curiosity was piqued. Not many producers and filmmakers really go to the trouble of interrogating their processes in a public yet personal way, but Stark’s blog, with posts like Can If Thinking and First Day: authenticity, perspective and gratitude do just that.

How did coaching and the altMBA translate to her work in the screen industry?

It turns out the course is a 31-day ‘online leadership workout’ with attendees from all fields, working together in small groups where every single person delivers work on prompts and projects every 72 hours. Almost all of them have high powered full-time jobs, so that tells you something about motivation. It will set you back around AU$5,000 which also self-selects for those serious about changing up to the next level.

‘I clicked through on the ad out of curiosity,’ Stark remembers, ‘and then found a podcast that Seth had done for startups, called The Startup School. I listened to that and just loved all of the information in there, and it felt like the right thing for me, the right kind of stepping stones to get the business skills. But it ended up being so much more than that and exactly what I needed.’

The month-long course was intense, especially given time zone differences that meant Stark had to log on in the middle of the night. (These days, there are courses for AEST zones, for which Stark sometimes works as a coach herself). The program involved thirteen assignments in one month, intense online group work, and taking on the diverse perspectives of many kinds of people. Keeping your microphone or your camera off was never an option, and if a participant skipped a class they got a call to ask why.

‘I essentially took a month out of my work to really focus on myself and where I wanted the business to go and what I wanted to do personally,’ says Stark. Until you actually sit down and look at what you’re doing in detail, you don’t have that clarity. And I just came out of that month knowing exactly where I needed to go next and what pathway I wanted to take. Things seemed to start falling into place for me then.’

One of the insights that came from the course was around that issue of sustainability. With Epic Films, the company she’d started in 2010, Stark had been doing a lot of low budget projects, working with new writers and directors and struggling to get them into production.

I felt that once I had that clarity, all of these opportunities fell into my lap.

‘I kind of went, “okay, I want to partner with a bigger TV production company, and I want to bring someone into my business to do development.” And within six months of finishing the altMBA, I was working with Matchbox in South Australia, and had Ben Crisp working with me through the Enterprise People program with Screen Australia. It felt like once I had that clarity, all of these opportunities fell into my lap.’

As the South Australian development producer for Matchbox Pictures, Stark was a co-producer on the ABC drama series Stateless. She’s also the producer of First Day, Julie Kalceff’s groundbreaking and internationally award-winning children’s series about a transgender student first made for the ABC and recently sold to Hulu, and just this month nominated for a 2021 International Emmy Kids Award.

‘Obviously I applied for all these opportunities, and had enough background to be at the right point in my career, which I think was also very lucky, but the altMBA was the catalyst for a lot of things happening at a faster pace than I would have expected, and for giving me the confidence to know that I was in the right place to apply for them rather than standing back and waiting.’

Overcoming imposter syndrome was an important learning, as was the need to stand back and make the time to assess and reassess your goals, ‘in an iterative way’.

‘That’s something I’ve made a point of doing, ever since. There’s a group of students that I went through the program with, and some of the coaches that I work with in the program now, and now we’ll all get together and go, “Okay, what are your yearly goals? What are your plans?” And even though we’re all in completely different industries, we understand where each other is coming from.’

‘Having that insight from other industries has been amazing as well. It wasn’t just a bunch of film producers in a room, it was business leaders and corporate coaches and even a yoga teacher in there.’

producing is about leadership and it’s actually very much about people and creating the change that you want to see in the world.

Does Stark like being a business person? ‘I do. It wasn’t ever intentional. In the back of my head, a business was about profit and loss statements and projections and running a company. But what I’ve realised is producing is about leadership and it’s actually very much about people and creating the change that you want to see in the world. It’s about pinning down those values, and what’s important to you and the way you want to treat people, and thinking about the way you want to run your projects and the kinds of people I want to work with.’

THE IMPORTANCE OF SETTING BOUNDARIES

‘I used to have a lot of trouble making decisions and saying no to things. I had that freelancer mindset of never knowing where your next job is coming from, so you’ve got to say yes to everything. And once I start started setting more boundaries and going, “No, this is the type of project that I do,” it’s actually been a lot easier to do the projects that I want to and to have success because I’m very committed to the ones that I choose. Once you’re passionate about them it makes it easier to pitch them and sell that vision to the network or whoever.’

Projects like First Day and Stateless both epitomise a progressive political stance as stories from the margins of the mainstream. ‘It’s that balance between entertainment and something that makes a change in the world. I want to see things have an impact off screen as well.’

I think it’s really important to know who you are and what you want. And that will change over time.

Asked what her advice would be for young and emerging screenmakers, Stark says it’s all about coming up with a process for yourself that works, ‘whether it’s questions that you ask yourself, or a goal that you set for yourself and a way of tracking that. It all leads from there.’

‘I think it’s really important to know who you are and what you want. And that will change over time. I kind of think of it as a spiral. It starts with a really wide base, and then the further you move up, it kind of moves in closer to the centre, like a cone-shaped spiral. I think that mirrors most people’s career trajectory. You start off doing lots of things and the more you work, more experiences you have, the closer you get to figuring out what’s really important to you, the kind of work you want to make, and what you want to leave behind in the world.’