Neil Goss is running his teen flick in some local cinemas between a brief outing in LA and plans for a longer run in the US.
David Tiley 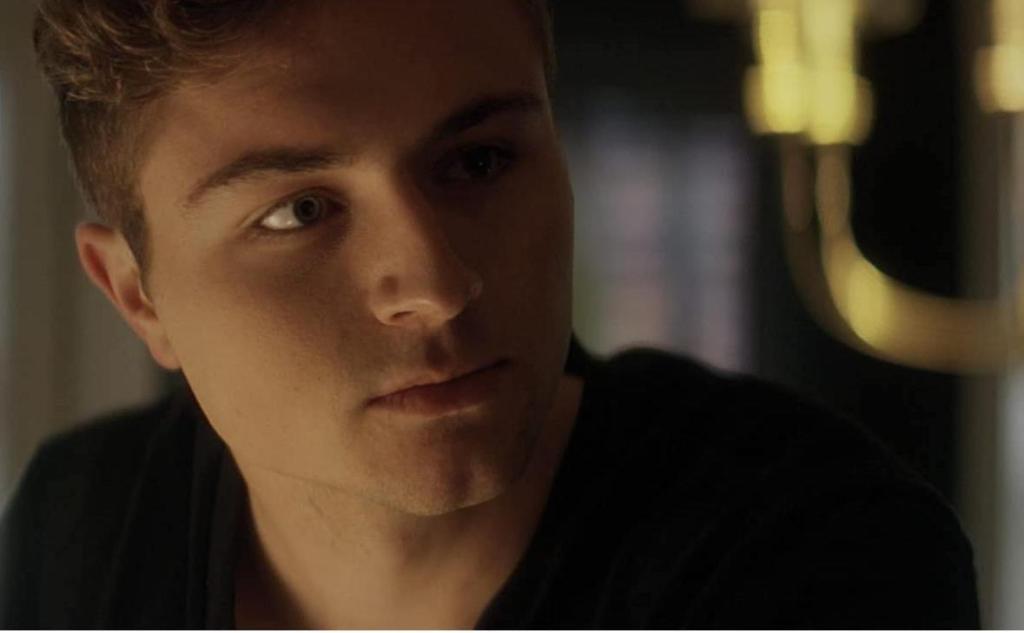 Neil Goss is releasing his film Juvenile Delinquents into the Australian marketplace on the weekend of 30 July. He is starting with twelve mostly regional cinemas, has another five booked next weekend, and expects some action with a major exhibition chain.

The project exemplifies the strange mutating world of low budget genre, mostly built around horror, fuelled by a procession of confident mavericks, some of whom build long, wandering careers. They mine specialised tastes and niche markets, protected by their ability to think small and persistent.

Neil Goss is pretty well self taught, an outsider who has built his first feature from nothing much more than determination and a particular way of thinking, backed by watching thousands of films. By the age of 28 he was running a staff of three hundred in a major insurance company, and walked away to set up his own underwriting agency specialising in the vehicle trade.

He understands investments, dynamic cash management and the habits of command. Above all, he is an expert in risk, which is the base guitar line in the whole screen investment shindig.

In their first opportunities, directors and writers get their chance to learn and showcase but the pictures don’t make money. That is incredibly difficult in a market of our size and the schmuck holding the bag is the tax system, the screen agencies, personal investors and often the initiating producer who spends years putting together the deal.

Looked at from a risk perspective, this is a very bad arrangement. Goss’s distaste explains what happened next.

Goss had an idea for a teen revenge picture with a classic American title. He wrote a script, was advised it was a mess and turned the whole fevered, littered world into a novel, and then back into  a script.

He arrived at Screen Forever to engage with the sector, was dismissed because he didn’t even speak the language, swallowed his pride and set out to learn the lingo of screen finance. He relaunched by talking to screen agencies; we can imagine he was told to take the project to an experienced producer who could raise the money and learn as much as he can from the process.

He stayed a proud outsider, found investment from his previous world in finance, did a bunch of casting, but could not finally cross the line. The film was not going to happen in Australia.

Disappointed, he went to the Hong Kong Filmart to engage with the international market. That was a smart idea because it is (or was) a boutique market with a lot of emphasis on low budget.

‘How is your project going to be valued?’ With his background, that question has a vital, concrete meaning. ‘Unfortunately, the news was not good enough. To get people into the production they had to believe in the project, not only the story but they had to believe in me.’ Unfortunately, he believes, Australian proposals are not taken seriously enough in the international market.

Goss’s sister has lived in New York for twenty years, so he stayed with her and launched the project again. He recruited good heads of department, found an eager cast of young actors with some experience, took advantage of New York City subsidies, and shot the whole film on location in twenty days. He certainly wasn’t messing around with being arty.

He claims investors and collaborators were enticed by his passion, but I think they also noticed that he is a kindred spirit. He brought an interesting idea, and a plausible path to profit.

A bunch of teens, the delinquents, just out of juvie, try to save a friend who is snatched away. They fail and kill someone. It is an energetic revenge film in which a group of young people learn to work together as they survive on the streets and develop a passion for rough justice.

‘It’s a teen young adult film which is aimed unashamedly at the Baby Driver crowd, not the Driving Miss Daisy crowd,’ he acknowledges. ‘There are very soft elements that people might be surprised about. It is not a nitty-gritty dark and dangerous film. The amount of violence is limited considering its vigilante style redemption story. It is about broken teens trying to be good, but their methods might not be approved by everybody, so there is a paradoxical tension at the heart of it.

‘The whole thing is set up as a moral dilemma. The ending is very soft, with a fatherless daughter and a daughterless father coming together in a magic sort of moment.’

That is a blunt description, but it contains some tension and surprise. There is space for the unexpected, for agonising decisions and moments of pity, for an emotional arc and catharsis. These are all good bones under his skin of innocence.

The path to profit

Why did he choose this particular idea? ‘It came down to it being a franchise,’ he replies. ‘If you are only making one film from go to whoa, it is great if you succeed. But you’re not going to be able to carry that audience forward onto your next film. You might get some fans who will follow you as a director or producer, but you really want your audience to fall in love with the characters. That’s how how you make money from a film.

‘If you can just break even, you are going to hit it out of the park on the sequel.’ At least, if he gets audience buzz, he will have IP to sell.

Really, he sees this as a television project, as a short series, rather than a feature film. That is actually what he means by a franchise. Either way he is not looking to break even on this particular title.

In other words, he has found a way round the enormous probability of box office failure. He is not trying to sell seats, but a world which is worth developing. To do that, he has to hold onto the intellectual property, which in turn explains why he could not go down the conventional development route.

In March, Goss put the finished film onto one of the screens in the TCL Chinese Theatre complex in Hollywood, and took just under AU$10,000 off a few days. As he explained in an email, ‘It took months and we had to move in early at late notice but all tickets are actual cinema takings recorded under Rentrak, and our holdover was hard earned. I think we had almost 600 people in the first week for over $5K off a single screen.’

He had enough cinemas booked to run a roadshow of limited runs in major cities, which is a well-used American strategy for genre indies, but it was stopped dead in its tracks by COVID.

Now he is back here, launching locally to get some more attention, so he can take it back to the US when the screens are open but the blockbusters are absent – which is the situation here at the moment.  He also has a slot with mainstream chain AMC. It is a tester but could grow.

He is picking up drive-ins as well, which means he may have the obscure feat of running a film in both US drive-ins and Coober Pedy on the same night.

The question of risk

The low budget feature crusade is its own genre in the stories about production methods. Many of  them are entered each year in the AACTA awards, which continues to provide an entry point for them. Juvenile Delinquents itself ran in the AACTAs last year and generated debate about its eligibility.

We often find low budget producers with financial knowledge who try to crack the conundrum of extracting success from the marketplace, and the idea of risk helps to belt the nut in a slightly different way. One solution, for instance, is to work out how to make niche films in bulk for a returning market.

But the formula is often considered in terms of the best place to put limited investment, which can be seen as the point at which risk can be reduced most for the least money. The answer to that question is the same no matter how small or large, how daring or routine the project.

The ultimate judge is the audience and Neil Goss is getting enough exposure to evaluate his own achievements.