How does Palace Cinemas see itself?

Benjamin Zeccola, CEO of Palace Cinemas, reflects on the evolution of the exhibition side of the tightly knit family enterprise.
David Tiley 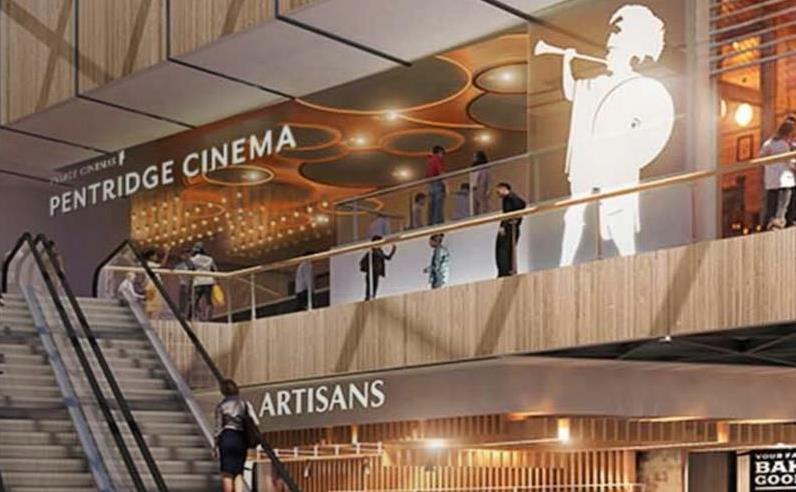 Melbourne’s former Pentridge Prison is one of the latest Palace Cinemas. Image: Palace

Palace Cinemas has a unique place in the Australian exhibition landscape, having built a chain of classy cinemas that straddle the divide between popular and arthouse cinema. The Palace command of the festival films is frustrating to competitors in both exhibition and distribution, but it has a key role in the classier end of the market.

As CEO Benjamin Zeccola told Screenhub, ‘Arthouse is something we aspire to, but a lot of the time we play films that are much too commercial for us to be genuinely considered arthouse. We consider ourselves a quality cinema group interested in sophisticated films.’

That approach has been valuable through Covid: ‘When you look at the market share reports you’ll see that independent cinemas in general, and Palace Cinemas, have a slightly larger market share than they would normally have.’

That is particularly obvious in peak audience periods. He argues that this opportunity will continue right up until the end of July, when the traditional blockbusters will crowd the market for screens.

A certain kind of demographic

He points out that he operates in a niche market, which will continue to thrive, subject to the skill of the distributors and the quality of the films but depends mostly on the willingness of the audience.

Palace is known for catering to older people, though that is less true in some of its more recent venues.

‘Some of our locations are playing Mortal Kombat and Godzilla vs Kong, and we do have locations that skew younger,’ he said, ‘I don’t think that a place like Cinema Como is ever going to be teen friendly. But I do think there’s work for us to do in terms of introducing people in their 20s to the more upmarket venues like Verona and Cinema Como for that gorgeous and sophisticated cinema going experience.’

At the same time, venues like Pentridge, which opened for Christmas 2020, are designed to appeal to more mainstream cinema goers. Palace is quietly cutting into the multiplex market as the inner cities grow.

The essence of cool

Indy cinemas have been digging into the back catalogue to resurrect the golden oldies to put some specialised zing onto their screens through Covid.

‘There’s value in those catalogues for sure,’ Zeccola said. ‘Places like The Astor (Palace’s large historic one screen cinema in St Kilda) are really designed to capitalise on retro cool and the value of nostalgia in classic Hollywood films. But it’s not an older nostalgic audience – its actually a younger audience discovering those films.’

There was a time in the 1990’s when Australian exhibitors led the international market in developing cosier and more adult venues. Village and Greater Union worked out how to provide a premium experience, which inspired cinema chains around the world, just as the first stadium cinemas with deeper rakes were bringing viewers back from DVDs. Sophistication is the next logical step.

‘I think over the last ten years a lot of cinema groups around the world have invested in their venues to make them more sophisticated and I feel like Palace was at the leading edge of that,’ said Zeccola. ‘We received visits from companies around the world and Cinema Como became known for its design inspiration. And we know that we’ve influenced all of the bars and candy bars and ticket offerings around Australia.’

The procession of nationally-based film festivals around the national Palace circuit has become very familiar; on a commercial level it is extremely sensible strategy. Exhibition strategists know the company gathers data on a huge range of films, and is able to bring titles back for longer runs in specific venues.

‘That is reasonably exclusive to Australia,’ he said, ‘and the organising bodies like the French and Italian central film bodies try to encourage other institutes of culture to emulate their success, because they do wonderful things for reputation of the cinema in those countries.

‘We love attending film festivals around the world, and we were frustrated in the late 1990s that there were so many great foreign films, but we couldn’t get them to stand up on their own two feet, and it’s very expensive to release a film in Australia.

‘However, under the umbrella of a festival, we were able to promote and release 20 to 30 individual titles. There are hundreds of films that now get to see a big screen, or that customers get to see on the big screen in Australia that otherwise simply would never be seen here. That’s very satisfying and it has become something that Palace is well known for. And actually it’s something that helped us through COVID as well – that was good luck.’

The streaming companies crashed into the cinema exhibition market around four years ago. While cinemas held onto their audiences well, the graphs revealed that growth had slowed and profitability was retained only by increasing ticket prices. Huge bidding wars broke out and films which would have been key titles for the independent exhibition circuits went straight to streaming instead.

‘We definitely felt that three or four years ago it was very frustrating that films destined for the big screen were being pulled from the big screen,’ he said. French, Italian and Spanish films were particularly affected, which are the bread and butter of subtitled films on the international circuit.

‘However, now it seems like we’re able to access the best content again. So it’ll be interesting to see what happens with the streaming wars heating up over the next five years.’

As Covid slowly subsides, the companies which are both exhibitors and streamers are building short windows that allow big screen runs before they move into the home viewing catalogues.

‘Its about branding awareness, but it’s also an extra bite of the financial cherry and there is simply no reasons to go straight to the lowest common denominator. Instead they are optimising their opportunities along the way and that is going to be better for the producers and for the customers.

‘I think it gets a little bit small minded when organisations try and say, “No, that’s mine”. That is childish selfishness, sort of, throwing the baby rattle. When films can go through the various channels with maximum success, everyone operates more happily.

‘It’s all part of an ecosystem that supports the revenue model that enables films to get funded.’

Humans do what humans do

The indy cinemas represented by Independent Cinemas Australia tend to believe that they will bounce back if they can only get through to July, because those tentpole titles are their reliable earners.

Palace is less driven by Hollywood but has more resources, and shares that optimism.

‘We’re very optimistic. Once vaccination is dealt with, or people are comfortable with some new status quo, it could be more like the Roaring Twenties from a hundred years ago than an ongoing bleakness.

For which the whole Palace enterprise, both in exhibition and distribution, is a cunningly designed machine.