How did Covid-19 force the Sydney Film Festival 2020 to shut?

For the first time in 70 years, the Sydney Film Festival will not light up the winter. The decision was inevitable but emotionally brutal.
David Tiley 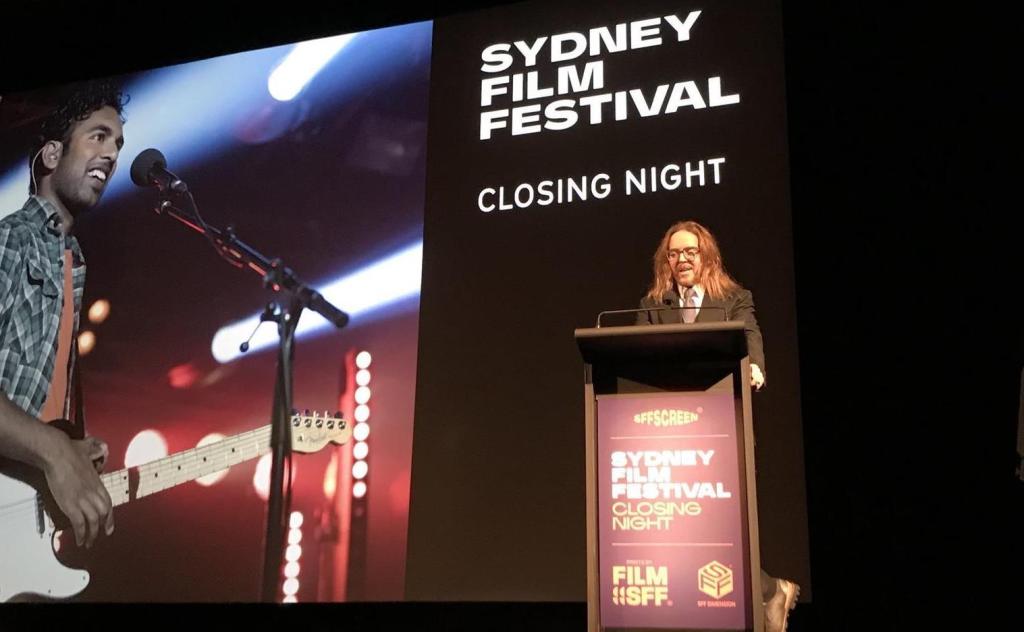 Closing night at Sydney Film Festival when no-one knew what would happen. Image: SFF on Twitter

The wound is still raw at the Sydney Film Festival and artistic director Nashen Moodley is watching his colleagues around the world wrestle the same problems, but CEO Leigh Small is clear about the decision.

‘The board and the senior team have been talking about this for several weeks now.’ she explained. ”We were looking at the possibilities of scaling back or postponing and all the ramifications around that. Also into consideration came the ability to get films,  the public sentiment about attending large events and an estimation of how long this current crisis would go on for. We came to a very clear decision that the trigger would be around government decisions about Covid-19.’

On Tuesday 17 March, a NSW government directive said that people will not attend events with over 500 people until June 14, which is the last day of the planned festival.

‘When that directive came we had a board meeting yesterday and decided it was the only reasonable decision to make.  And we’ve been speaking with governments and venues and filmmakers and distributors, and it does seem to be the most reasonable decision.’

Fortunately the Sydney Film Festival has been thinking about risk mitigation for the last ten years, and aimed to be able to weather any storm for at least a couple of festivals. But, said Small, they expected any issues to come from disruption to the film industry and other forces around it, which turned into the potential threat from ageing audiences, and the rise of the streaming companies.

Instead the Sydney festival, and the world festival movement, has been growing consistently. When subscriptions went on sale a few weeks ago, they were tracking better than 2019 and the Writers Festival saw the same response.

‘So I think as a result of the drought and the fires, the sense of confidence and belief in trusting community is extraordinarily strong and so people want to come to our events. They want to find out things through the film festival and they want to be  together to share those experiences.’

Instead, the human world is caught up in a pandemic which was theorised but never understood as a reality. Film festivals are just a small part of the international turmoil.

‘There are many, many international festivals that have closed,’ said Small. If they are a market festival, I think the coronavirus in addition to the destruction of distribution, and how sales are made, would make a market film festival very nervous. The public facing film festivals less so if they have the reserves to weather this year, then I’m sure they’ll be back stronger than ever next year.

‘The thing is we’ve built a business model which is agile and will change. Our primary purpose is the shared experience of film so we will always be a public event where community comes together. However, the content we show will change and how that content then goes to market will change.’

Despite the fact that Cannes is still saying it will go ahead, even though the French cinemas are closed, the way a film hits the market could change profoundly. Leigh Small is asking whether those films will go to festivals later in the year, or straight into sales. Will films ready for the 2020 circuit still be available in 2021?

‘There’s no predictable outcome,’ she said. ‘We were talking about the idea that in 2020 a film has been seen, or it’s been seen on the streaming service. However, do we then go and break our premiere rule and still screen a film in a cinema because 2000 people in the State Theatre with a director is actually an experience the audience wants?’

Arguably film festivals split into several different levels. The A level pops up at places like Cannes, Berlin, Locarno, and Toronto. Below that are the second string festivals, in which Sydney and Melbourne are near the top. This means they are careful of their identity and push hard to find films and filmmakers which are distinctive and beyond the usual cluster which travel together round the circuit. Helping a new artist to break through to international recognition and further opportunities is a prime pleasure.

‘Nashen is an extraordinary festival director, and as I have learned over the last year, he has an extraordinary reputation to match. His relationship is so centred internationally as well as locally and I think that was a testament for Bong Joon-ho. He attended the festival two years in a row and spent a lot of time with our audience and other filmmakers.’

We can’t ultimately separate the fate of the screen sector from the wave of economic and medical chaos which is engulfing whole societies. We really don’t know what will happen. At its best, the Sydney Film Festival will be able to rethink and investigate new services and ways of reaching audiences.

‘The Sydney Film Festival team have been amazing. All of our partners and filmmakers, and everybody we deal with have been really supportive and understanding. We are already working on creative ideas for 2021 and adapting to what we can do for our filmmakers and audience for the next six months. So, although we won’t have a festival, we’ll be doing something.

‘There’s great confidence in the film festival.  We’re going to go ahead, and our audience will be there.’