The director of new SBS series The Tailings talks about filmmaking on the remote West Coast of Tasmania, the resilience of local communities and the complexity of tough female characters.
Rochelle Siemienowicz 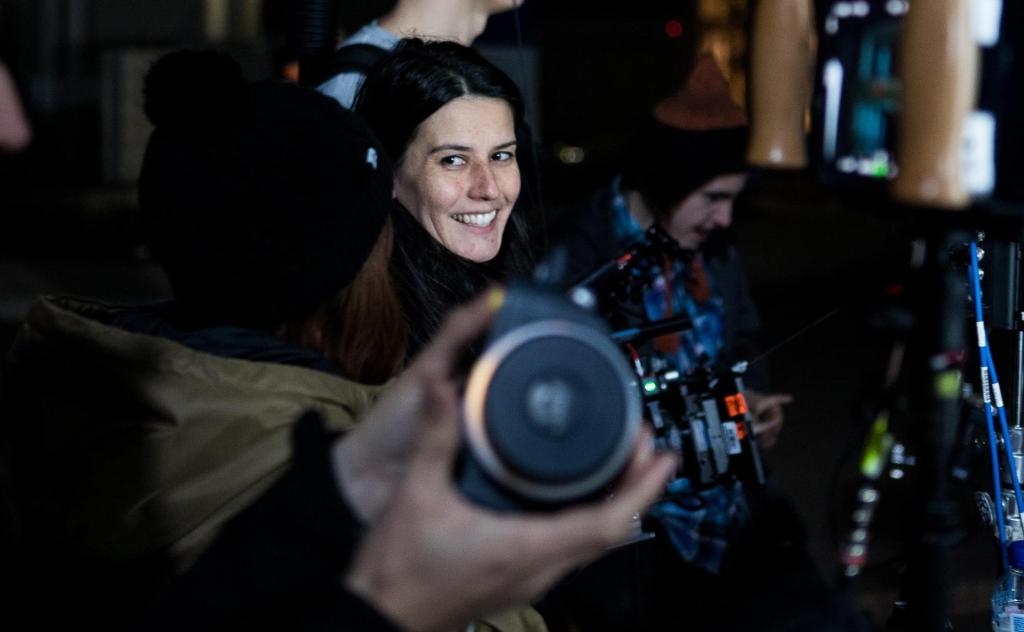 Director Stevie Cruz-Martin was born near the Highlands of Scotland, then moved as a child to Perth, so she knows what it feels like to be outside the centre of the action. In late 2020 she was working on the wild west coast of Tasmania, directing the three-week shoot of The Tailings, an SBS Digital Original short series premiering this Easter.

‘Caitlin Richardson, the writer of the show, talks about how in Tasmania there’s this real separation from the mainland for everyone on the island,’ says Cruz-Martin on the phone from Hobart. She’s flown in from Sydney where she now lives, to attend a premiere screening of the 6 x 10-minute mystery drama in its home territory.

‘People in Tasmania feel a bit removed and that’s something I relate to, being from WA and so far from everyone else. The upside is you do have to think outside the box. There aren’t as many rules or limitations in a way, and the art that gets made there can be really unique and beautiful.’

‘there’s this real separation from the mainland for everyone on the island… People in Tasmania feel a bit removed and that’s something I relate to.’

Cruz-Martin’s own experience of thinking outside the box can be seen with her stunning debut feature film Pulse, which premiered at the Sydney Film Festival in 2017 and won a prestigious award at Busan. A high concept story about a young gay man with a painful disability who chooses to surgically swap into the body of a beautiful young woman, the partially crowd-funded film was inspired by writer and leading man Daniel Monks, son of renowned casting agent Annie Murtagh Monks. Rather than focusing on the sci-fi concept of body swapping, however, Pulse was more concerned with the complicated intimacy between the young man and his mother-carer (played by Caroline Brazier).

Cruz-Martin and Monks continue to be close friends and collaborators, having made numerous short films together. In the years since Pulse, Cruz-Martin had a stint making commercials in Perth with the company Sandbox, but longed to get back to dramatic storytelling. That was where producer Liz Doran came in, sending her the script for The Tailings at the end of 2019. Production was supposed to happen in March and April, but then there was COVID.

‘We had this massive break, as everybody did in so many industries,’ Cruz-Martin remembers. ‘There was this bizarre situation of not working on it for a few months and then kind of overnight being told by the producers that we’re going ahead and need to get over there.’

Pre production took place in September, with a three-week shoot in October 2020 in Queenstown. The nature of the pandemic meant those working on the show went into a kind of bubble for production, with much more time spent in the local community than was originally planned.

‘This was actually a real blessing and meant we could immerse ourselves in the community, and I think you can feel that on screen. The warmth and intimacy, and the resilience. I hope the people there when they watch it will say, “yes that’s us.”‘

The Tailings centres around a high school in a remote and wintry-looking mining town. Nobody seems to be telling the whole truth about themselves. A young, inexperienced teacher arrives (Mabel Li, New Gold Mountain) trailing a secret grief and shame. One of her students is the unruly and foul-mouthed Jas (Tasmanian newcomer Tegan Stimson). She’s coming to terms with the death of her father, which she believes may have been murder. Rounding out the cast are Victoria Haralabidou, Kris McQuade, Nic English and local Tasmanian talent including Shaun Martindale, Sara Cooper, John Xintavelonis Harry Prior, Harry Radbone, Michael Earnshaw, Tai Nguyen, and Jane Hamilton Foster.

As with Pulse, Cruz-Martin has avoided any obvious showiness that might have been suggested by the original material. She says she resisted the temptation to use drone shots and make the location look touristy and gorgeous, as so many other productions have done. ‘Tasmania is very beautiful but this felt like it should be naturalistic and intimate, almost like a documentary.’

Also part of this naturalism was having a single lighting setup so that actors could move within the space, not exactly improvising (which was a big part of the method with Pulse) but having that freedom. ‘It’s a process I really like using because you still have your blueprint of the script and the lines, but actors can really immerse themselves and play. Being performance-driven is a big part of what I like to do.’

It makes sense then to learn that Cruz-Martin started her career as an actor after going to a performing arts high school and studying arts media and drama. ‘I always loved film as well, but I was making money as an actor and getting roles, and had an agent, but as I got older and went traveling, I loved being behind the camera more – the collaboration that comes from working with all the different departments.’

Produced by Doran (Please Like Me, Molly) in her debut in that role, and co-produced by Richard Kelly (2Jons) and Stephen Thomas (Roar Film), The Tailings has been made as part of Screen Australia and SBS’s Digital Originals, which is the evolution of the SBS short form content content initiative designed to provide opportunities and support for writers from diverse backgrounds. Diversity includes not only Aboriginal and Torres Strait Islander peoples, linguistically and culturally diverse people, people living with a disability, women, those who identify as LGBTQIA+, but also people living in rural and remote areas.

This is where screenwriter Caitlin Richardson fits in, as a Tasmanian writer with a series of plays under her belt, but making her television debut. Importantly for the story, she also happens to work as a schoolteacher.

‘Caitlin just has so many stories to tell from her own experiences,’ says Cruz-Martin. ‘We could have made 10 or 15 shows just from that! I hope initiatives like this mean we will see more regional stories because there are so many complex, interesting stories and relationships out there to explore and share.’