Five feel-good shows to watch during the latest lockdown

Forget crime and superheroes. These four TV shows plus one feature film focus on laughter, strong characters and the meaning of life.
Rochelle Siemienowicz 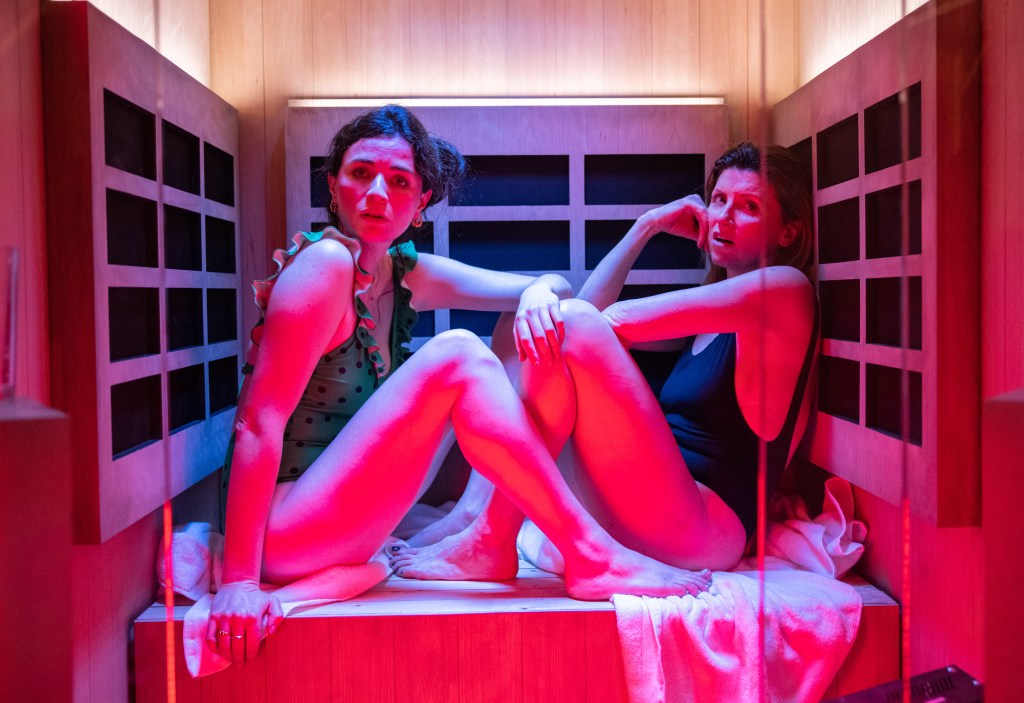 Getting claustrophobic? Aisling Bea and Sharon Horgan in This Way Up S2, courtesy Stan.

If you’re anything like me, right now you don’t need to watch shows about murdered girls, terse detectives, or evil drug-dealers. You don’t want depressing documentaries about endangered species because you’re living in your own kind of apocalypse already.

Lockdown requires particular emotional survival tactics. For some of us, this means choosing television and movies that spread light instead of darkness. Here are five things I’ve loved this month.

During a previous lockdown, I wrote a piece on mental health in TV drama and headlined with the first season of This Way Up, the delightful comedy-drama about co-dependant Irish sisters living in London. Sharon Horgan plays the ‘sane’ responsible sister, and Bea Aisling plays the charismatic ‘crazy’ one, recovering from a suicide attempt and finding her way back into work and love. Voth of them are adorable, hilarious and totally relatable modern women.

Series 2 picks up where the first one left off, and it’s every bit as funny, well-observed, and poignant. This is one of those shows that’s bound to make you feel more normal if you’re battling.

This is one of those shows that’s bound to make you feel more normal if you’re battling.

For pure laughs, look for the scenes involving the sauna, the gynaecologist and the wedding dress store, but the comedy always serves the characters and the deeper story. The last episode of this too-short season sees the sisters dealing with a looming COVID lockdown in Britain, but not really taking it seriously. This Way Up gets bonus points for cheering my teenager after long days of homeschooling. Hearing him laugh out loud was my definition of ‘feel good’.

I’ve seen the first two episodes of this six-part drama that starts on Sunday night, and I can’t wait for more. Set in a high-powered big-haired 1980s Australian newsroom and created by Michael Lucas (Offspring), The Newsreader stars the formidable Anna Torv, along with a stellar ensemble cast including Sam Reid, William McInnes and Robert Taylor. It’s a smart, sophisticated workplace drama that goes beyond tacky period cliches. It fully utilises the gold of the ABC news archives, and will bring back so many memories if you were around in the 1980s when the Challenger space shuttle exploded, Lindy Chamberlin was released from jail, and everybody watched the skies for the once in a lifetime experience of Halley’s Comet.

Read: Ambiguity, archives and the 80s. An interview with Michael Lucas

As our reviewer Mel Cambell writes: ‘This enjoyable, sophisticated series reminded me of the underrated show Halt and Catch Fire, which is set in the US computer industry at around the same time (and streaming now on SBS On Demand). The Newsreader is at its best when it conveys the mingled stress, thrill and intimacy of working closely and creatively under pressure.’

Speaking of the 80s and Mel Campbell’s recommendations… Look, I don’t know if Halt & Catch Fire always qualifies as entirely ‘feel good’ but it’s an absorbing high stakes drama about creative people, entrepreneurship and the toll it takes on relationships. And if you like this series, there are four seasons on SBS On Demand; it will keep you going for a while.

Halt & Catch Fire was created by AMC and aired in 2014 – 2017 with hopes of filling the quality TV void left by the acclaimed HBO series Mad Men. This one is set in the world of the 1980s personal computer revolution and the early growth of the world wide web. The characters include the enigmatic not-entirely-trustable ex-IBM salesman Joe MacMillan (Lee Pace), his gifted female protege/lover (Mackenzie Davis), the dogged engineer (Scoot McNairy) and his brilliant, ambitious wife (Kerry Bishe). Not everyone loves this, and it took me a couple of episodes to commit, but as our reviewer Anthony Morris wrote over at SBS, this is one of the best dramas you may never have heard of.

‘The rhythms of a workplace television drama are familiar ones. Our heroes strive to get somewhere, only to discover that when they arrive, they’re right back where they started from. In the first season, this formula seemed like a weakness; as Halt and Catch Fire progressed, it rapidly became a strength. For every Steve Jobs or Bill Gates, the computer industry has hundreds, if not thousands of people whose brilliant idea was just a little too late, or ripped off by a competitor with slightly more resources, or simply muscled out of the way by one of the big guns who already dominated the market and didn’t see any need to give the little guy a break. It became a show about underdogs, always striving for more.’

Hacks has been recommended by multiple sources and I loved its fresh take on an old genre: the odd couple comedy. This one is intergenerational, and feels very relevant right now. Hacks is about an ageing Las Vegas standup comedy star (Jean Smart) and the disgraced Millennial writer (Hannah Einbinder) foisted upon her by their shared agent (Carl Clemmons-Hopkins) to update the tired, politically incorrect material. The hard-working older woman (played with bitter Joan Rivers vibes) is the perfect foil for the ‘soft and lazy’ younger one. Einbinder plays her character with vulnerability as well as a sense of generational entitlement. Watching these two professionals come to blows, and then to the realisation that they need each otherand have a lot in common, is a pleasure. So too is the tacky showbiz setting of Vegas.

If you’re one of the lucky ones who can leave the house this weekend, then head to the cinema to see Nine Days, a small but very powerful supernatural drama.

Nine Days had its world premiere at Sundance 2020 and was released by Sony in July 2021. The feature debut of Edson Oda, a young Japanese-Brazilian writer-director, it’s a mature and sensitive work of art that’s had critics using words like ‘ethereal’ and ‘sublime’ and predicting big awards notice. As is usual in these cases of excessive praise, it’s best not to expect too much going in. Instead, let yourself experience the quiet wisdom of a story set in limbo.

In an isolated farmhouse, a judge (Winston Duke) interviews five unborn souls to decide which one can be given a life on earth. There’s only one vacancy and five applicants. They are played by Zazie Beetz, Tony Hale, Bill Skarsgard, David Rydhahl and Arianna Ortiz.

Executive produced by Spike Jonze, and made for a tiny US$10 million, Nine Days starts slow and has a low-fi vibe. But trust me, it repays patience. I saw this life-affirming gem a few weeks ago just before Melbourne went under again. I’ve been pondering it ever since. It might even turn you on to the poetry of Walt Whitman, like it did for me.