Every Australian and NZ games event happening in 2021, an ongoing list

From esports to indie to industry, here's a rolling list of the games-related events taking place in Australia and New Zealand in 2021.
Jini Maxwell 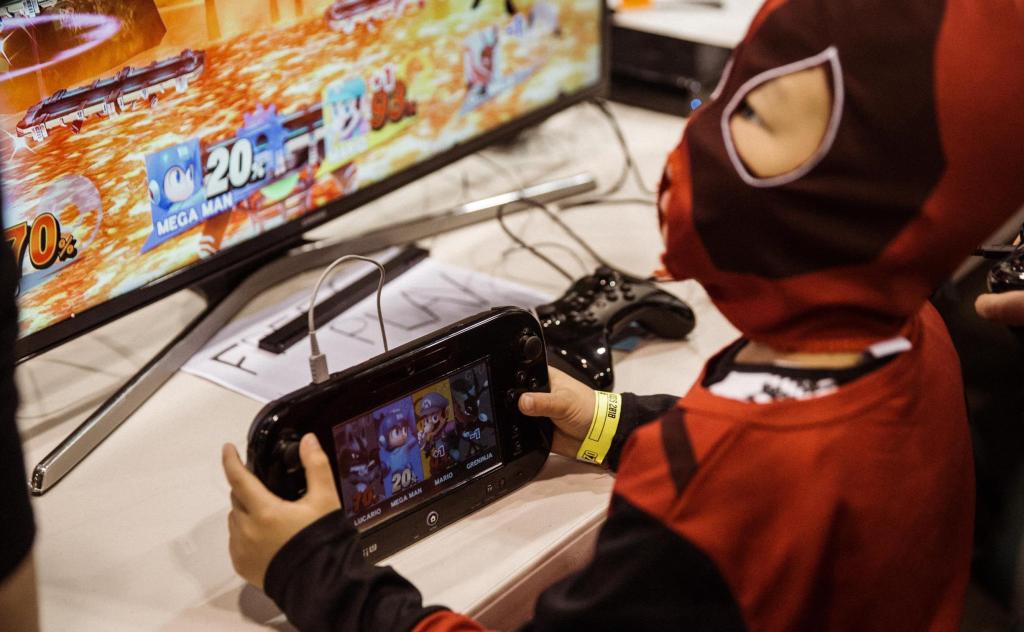 Worrying that your 2021 will be a bit quiet? Worry no more. Both Australia and New Zealand saw their games industries grow in 2020, making 2021 a perfect time to get out to some exciting events and celebrate games, the people who play them, and the people who make them. Here’s a working list of the games-related events taking place this year.

New Zealand’s largest annual entertainment event is back in its 26th year, announcing dates for four events across four different cities. The two-day celebration of all things pop culture and games will include  games events, competitions, musical performances, movie screenings, and more. So far, the only confirmed venue is for the March event in Christchurch.

Tickets for Christchurch Armageddon go on sale in February.

One of the first post-lockdown pop culture events that 2021 will see is the OCC POP UP, a two-day convention that will run in Sydney Showgrounds. After a year of virtual conventions, Oz Comic Con are hoping to run a series of pop-ups like these, in strict adherence to COVID-safe guidelines, to get their fans’ pop culture fix. The two-day schedule will include Creators Live, an area dedicated to promoting Australian digital content creators, from podcasters to influencers, and the return of Cosplay Active, a semi-professional cosplay competition for individuals and groups.

Oz Comic Con have provided an FAQ ahead of ticket release.

The team behind the Board Game BBQ podcast are hosting their inaugural Board Game Day at Moorooka Community Centre, Brisbane. This family friendly, alcohol-free event will celebrate board games of all kinds. Attendees are invited to bring their favourites from home, or attend sessions at the event, including Werewolf, and a longer session of Twilight Imperium: Fourth Edition.

Oz Comic Con have also tentatively released dates for other events around the country.

Conquest Games Convention, 2-4 April, Melbourne
Conquest is an annual games convention held over the Easter weekend in Melbourne, celebrating tabletop games. The convention will host players and game masters in a range of games, including card games, trivia and costume contents, board games, multiplayer videogames, roleplaying games, and Live-Action Roleplaying (LARPing). The venue is yet to be announced.

The pop culture, comics and gaming expo Supanova Gaming and Comics Expo have announced dates around the country.

The New Zealand Games Festival is a ten-day celebration of games and digital cultures in New Zealand and Australia, from public-facing exhibitions like Level Up, to the developer-focussed conference, Play by Play.
To cap off the festival are the annual New Zealand Game Awards, affectionately known as The Pavs.

Information about the festival is available on the website.

The inaugural Joypad will kick off at 6.30pm on 19 April, at Library Bar, 1/45 Tory Street, Te Aro. The evening is intended to create a safe, friendly space for LGBTQIA+ gamers to meet and socialise. It will take place in The Library’s Games Room, featuring nibbles, like minded LGBTQIA+ gamers and a massive Jackbox party game lineup.

Information on the event is available on the website.

The Level Up Exhibition is a celebration of the best of games from New Zealand and Australia from the past year. Finalist games from The Pavs awards will be available for visitors to play for free at the exhibition throughout the whole festival, alongside a host of other awesome exhibits. The exhibition will run at Courtenay Creative, 49 Courtenay Place, Wellington, and is designed to be suitable for all ages. Entry is free.

Now in its fifth year, the self-described ‘offbeat  theme for this year is ‘bigger than we know.’ The conference has announced a formidable speaker list, including keynote Amber Taylor. Taylor is the CEO of ARA Journeys, a game development studio that creates environmental-based, mobile games that connect people to cultural stories of the land, preserve mātauranga Māori and normalise the use of te Reo Māori.
Play by Play will take place in Soundings Theatre, Te Papa, Wellington, New Zealand.

LGF Sydney is a two-day celebration of everything boardgames that takes place in Sydney once a year. In 2021 it will take place at Bankstown Sports Club. The event hosts an extensive board game library, free RPG sessions, game design master classes, free games tournaments, as well as demo and retail booths. There are both competitive and family friendly options.
More information can be found on the website.

Freeplay Independent Games Festival is a mainstay of Melbourne International Games Week. Founded in 2004, the annual festival typically comprises a conference for independent, artistic and experimental game developers, several public showcases of playable games, and a ceremony for the Freeplay Awards.

Last year, the festival was keynoted by IGF-winning game developer Bahiyya Khan, and featured topics from a range of artistic, academic, and experimental gamemakers, primarily from Australia and South-east Asia. Director Chad Toprak says: ‘In 2021, Freeplay will to continue to focus on advocacy, particularly highlighting softer voices, and emphasising strength through community and collectivity.’

After a 2020 postponement. Melbourne Esports Open will take place in Rod Laver Arena in August. The event will continue to host a range of tournaments and competitions for players of all stripes, from highly competitive professional esports tournaments that attendees can watch, to open competitions welcoming to all.

Melbourne International Games Week (MIGW) hosts some of the largest games events in Australia, from industry to entertainment. The week usually takes place towards the end of the year, and often in October, though specific dates are yet to be announced.

Games Connect Asia Pacific Conference is the largest games industry conference in the Southern hemisphere. In 2020, following the theme Pathways to Connect, the conference hosted talks from a range of industry experts and associated professionals, including MP Tim Watts, Media Molecule Studio Director Siobhan Reddy, Mighty Kingdom CEO Philip Mayes, and NITV’s science and technology editor, Rae Johnston. 2021 dates are yet to be announced, but the conference will continue to align itself with Melbourne International Games Week, and likely take place in October.

More information about GCAP is available.

Last year, the massive annual games showcase PAX Aus joined forces with PAX East and West to create online mega-expo PAX ONLINE. This year PAX Aus will take place in-person once more, at the start of October at the Melbourne Convention & Exhibition Centre.Historically, PAX has been a crowning jewel of Melbourne International Games Week, though the expo broke with tradition for PAX Online.

Parallels is an annual showcase of personal, intimate and heartfelt games, curated as part of Melbourne International Games Week by the team behind Freeplay Festival. No dates have yet been announced, but it is likely to continue to take place during MIGW.

Perth Games Festival is a free, family-friendly showcase organised by non-profit WA-based organisation Let’s Make Games. The day celebrates locally made videogames, boardgames, and VR experiences. Let’s Make Games have not announced their 2021 dates yet, but last year’s festival took place in November, so it’s likely to take place towards the end of the year.

More information about the festival is available on the website.

This article will be updated throughout the year as events, dates, and venues are announced.
Want us to include your event? Email Jini at jmaxwell@screenhub.com.au.