Did the weekend Box Office predict the Oscar winners?

The answer will (probably not) shock you. Let's look at the weekend's numbers, in the wake of a very surprising Oscars ceremony.
Jini Maxwell 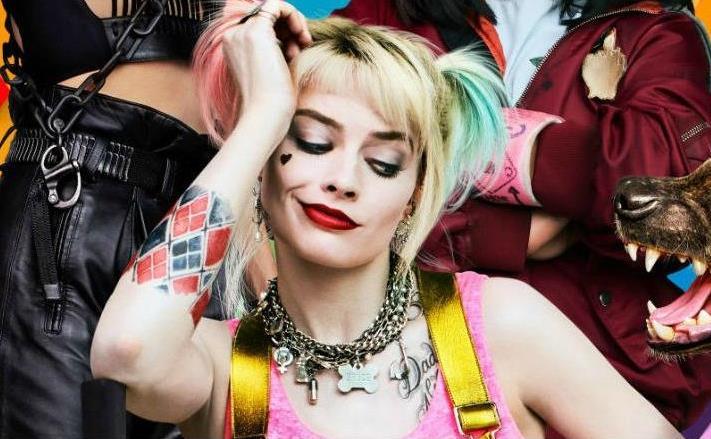 In a nutshell: not really. Who knew great films don’t always bring in the dime? That said, some of them do okay: this week we said hello to the fun, feminist answer to The Joker: it’s the Margot Robbie-produced Birds of Prey (and the Fantabulous Emancipation of Harley Quinn)! The film might be struggling in box offices around the world, but Aussies are lapping it up: the comic book romp debuted in the number one spot this weekend, with a total taking of $3,850,525 across 528 screens, for a screen average of $7,293. We’d love to see Harley’s adventures give its sad clown counterpart a run for its money; let’s see how the numbers track, over the next few weeks.

In a little change of pace, the other significant debut this weekend is the concert feature, Andre Rieu: 70 Years Young. Hosted by Charlotte Hawkings, the film showcases concert highlights from Rieu’s long career, and the oldies are loving it: it opened on 104 screens this weekend, to a tasty screen average of $8,793. These are wild numbers for a documentary – coming to an opening weekend of $1,231,042. With takings like that, why would the old guy ever tour again?

In the final weekend of Oscar buzz, before its three wins, 1917 saw very healthy numbers at the box office; the film brought in a weekend total of $1,554,748 across 314 screens, which is 17 screens more than the weekend before. That’s a solid average of $4,951 per screen. Jumping one world war ahead, Midway brought in a slightly shakier average: $2,993 across 252 screens, for a total weekend taking of $754,302.

Bad Boys for Life is still going strong in the charts, now in its fourth week in release; the crime thriller added another $1,265,521 to its coffers across its 303 screens. Fellow bad boy Dolittle is also in its fourth week, and not faring quite so well. The weekend saw it reach a middling screen average of $2,825, for a weekend taking of $689,245.

Despite each garnering Oscar noms and wins, Bombshell and Little Women sat firmly in the middle of the charts in the weekend before the Academy Awards. Bombshell, which won the Oscar for Best Makeup and Hairstyling, as well as nominations for Best Actress and Best Supporting Actress, brought in an average of $2,518 across its 193 screens, for a weekend total of $485,920.

Little Women took out Best Costume at the Oscars, and entered the weekend on five other nominations; still, it brought in a screen average of just $1,701 in its sixth week, and adding $460,888 to its total box office takings of $14,739,511.

Jojo Rabbit was lagging the charts this weekend too, ahead of its historic Adapted Screenplay win, which made Taika Waititi the first indigenous person to win an Academy Award. The film brought in a weekend taking of $376,900 across 146 screens, for an average of $2,582.

We’re pleased to report that we can’t check Parasite’s position in the Limited Release charts, as this week, it made the wider release box office. Our little Parasite that showed on 57 screens the weekend before it took out Best Film, Best Director, Best Original Screenplay, and Best Foreign Language Film on top of its nominations in Best Production Design and Best Film Editing, adding $156,799 to its coffers. We can’t wait to see what its first box office weekend after the Oscars looks like.

And you know what? We can even bring Oscars hubbub over to limited release. The Lighthouse, which garnered a nomination for Best Cinematography, finally reached our shores, after months of chatter. Showing on just 25 screens, the psychological brought in a very comfortable screen average of $6,006, for an opening weekend taking of $150,151. Pretty good, for two old guys losing their mind in a tower.

In local Australian film news, highly praised family film H is for Happiness has made a disappointing debut on home screens. Distributed by R&R Films and Universal on 158 screens it made $96,251 in its first week out – a screen average of $609. You can read Mel Campbell’s lovely review here for some encouragement to see it.