The screen sector is freezing projects and protecting them, to be rebuilt quickly sometime in the post-COVID future. Producer Gus Howard describes how.
David Tiley 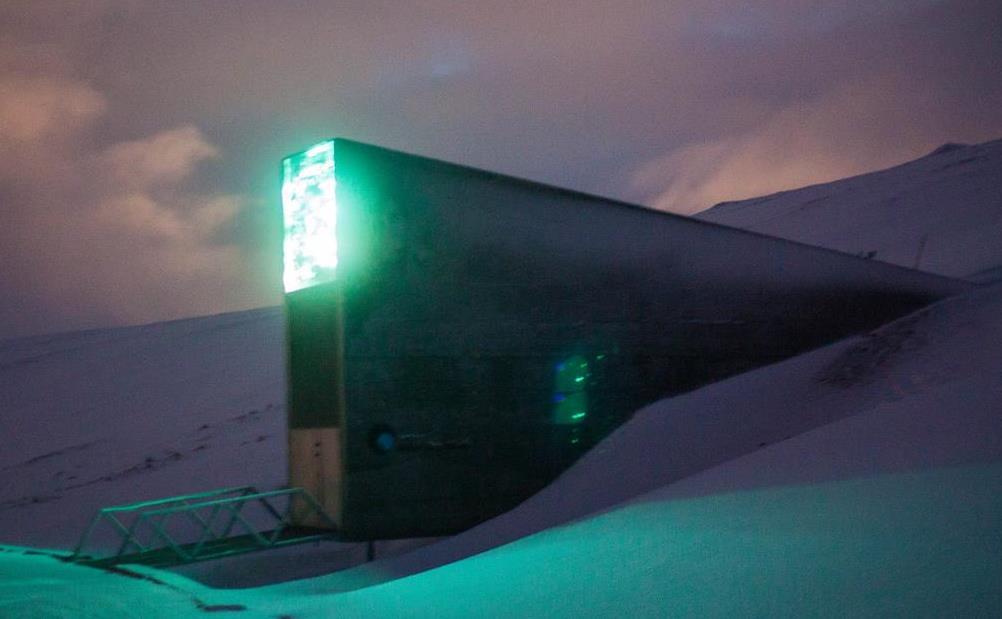 Svalbard in Norway is the ultimate bunker to protect the seeds of the world’s plants. Image: Martyn Smith on Flickr.

Gus Howard has been producing mainstream drama since 1989. He has worked on features, miniseries, and long running series, and taught the Masters in Producing at the Victorian College of the Arts until recently. He has done a lot of crisis management and thought deeply about the producer’s leadership role at times of chaos.

He has a prepared mind for COVID-19.

As a teacher of producers, he is not a fan of informal productions.

‘This is my message to producers of under the radar productions,’ he said to Screenhub on the phone. ‘Now’s the time for you to legitimise your project as best you can so that your people can legitimise themselves in society as best they can. That is a really, really important message.

Get the paperwork right

‘Every single arrangement you have now to employ people must be completed on paper. Give them contracts and everything else that can be endorsed and taken to Centrelink and the bank etc. A weekly or daily rate that was at least Union scale plus holiday pay and superannuation. Get down and do it.

‘The same goes for your service providers like rental companies and post houses. And although mainstream or experienced producers all know what should be done, even they can overlook agreements. You do get shows that go right through with some people not actually signing a contract, even though they get paid. Then we have art and ultra-indie projects that work on deferrals or don’t pay at all.

‘No pun intended but the handshake days are over. That won’t work this time. Producers need to have everything in place so the crew and cast can prove they are legitimate members of the screen industry. And what their attendances were when they stopped working.’

What if you are shooting now?

Producers will be shutting down shows at all stages, from financing, to mid shoot, to post production. While agencies will provide as much support as possible, production staff are trying to tie off what they have done and create a snap-frozen package which can be thawed out quickly some time in the future.

‘As producers we need to take off our independence and self-obsession and consider our responsibilities to the fifty or sixty families we are currently supporting. If you are going to spend the next week shooting take all the precautions you can and then fold the shoot.

‘There is unlikely to be insurance cover for any of this. But how you think in our present situation is an extension of what you do when you are facing an insurance claim. Assemble the footage you have and only plan to shoot additional footage so the scenes make sense. You may need to completely reschedule on the fly. You may have to be much more efficient.

‘Surprise, surprise, it often turns out to be a really neat little schedule. Because you’ve never had to think of shooting your show in that way. And then, in doing that, you go to the script to figure out out how little you can do to make this film still work and under dire circumstances. When you restart, your budget and resources will almost certainly have taken a knock.

‘You give the rewrite back to the team and say this will achieve the dramatic purpose but not in the way we had originally planned. Yes, it has to work but that is what producers are supposed to do. Restate things on paper, give those back. If you are honest, you may find a slightly higher level of refinement in the theme of the show, because that’s all you’re thinking about right now.’

Meanwhile the producer or her representative is ringing the financiers to explain exactly what is happening and seeking their position as well. This is where the producer’s role gets really technical.

‘They will be asking, “Where do I stand with you? Will you support me when I stop shooting? Private finance may be hard to maintain. Underwriting the rebate should still stay in place but those partners may be under pressure from the falling stock market as their own lines of credit are eroding.

‘It is highly likely the producer will be trying to resume on a lower budgets. But you can’t lower or raise the cost of production in Australia using our general system of financing because of the way the commitments are made, which also pins you to a certain production value. The clever thing will be to figure out how to deliver value and the story, probably for a little bit less while keeping faith with investors, broadcasters and distributors.

If the contracts fall apart

Almost all key contracts in the film industry are underpinning by a ‘subject to finance’ clause. That means producers can withdraw if the show can’t be financed for any reason, but a good producer will fight for the show to the bitter end.

‘On the other hand, sources of finance are obliged to provide the funds they have contracted to supply, but there are all kinds of reasons why they can withdraw as well. One is non-delivery, another is the collapse of funding behind an investor.

‘In reality it is impossible to know how this will work in any individual case, given the survival instincts of the global marketplace. At the moment it is reeling from COVID-19.

‘If you lose an investor in a well run production with undertakings in train, people like Screen Australia have been known to cover the missing funds. We have to expect agencies to rescue some productions in the near future but none of us can accurately anticipate what that might mean.

‘When that happens, the PIA (Production Investment Agreement) changes, so all the percentages in copyright and returns have to be reworked. And it takes a lawyer from every group to do all those changes and get it back in balance.’

In the meantime we could be faced with huge entities that simply refuse to provide lifeline finance. Governments, banks, broadcasters, studios and streamers are all facing economies which are in free fall.

‘The broadcasters and agencies can generally afford to take on that underwriting role on a live project, but these are truly dreadful times. The Commonwealth and State governments may stop the agencies from spending money at all, and the ABC could be compelled to cease licensing  and investing in productions. You have to anticipate that as part of the problem when you want to restart your production or advance your slate.’

Gus Howard advocates close communication with crews and actors, while keeping agents and families in the loop. He would be asking for a commitment to come back, in return for a guarantee of fair conditions, particularly for actors. Like so many other situations at the moment, producers need to maintain communication with their production families, and demonstrate how they are fighting to keep the show alive. It is all too possible for productions and companies to simply evaporate.

Right now, he said, everyone is dealing with the basics. ‘The art department is figuring out where to put props and wardrobe and all that sort of thing for the duration while we are saying it is possible to finish the show. We just don’t know when and under what circumstances.’

At least we know that the screen sector is producing a valuable product which we need in these extraordinary times and our audiences will expect creativity and integrity. How long will the commercial networks continue to bash children’s television in public? The world is changing before our very eyes.