With Cleverman, Goalpost Pictures demonstrates just how a desire to support new talent and cultural diversity is so valuable in the cultural sector.
David Tiley
[This is archived content and may not display in the originally intended format.] 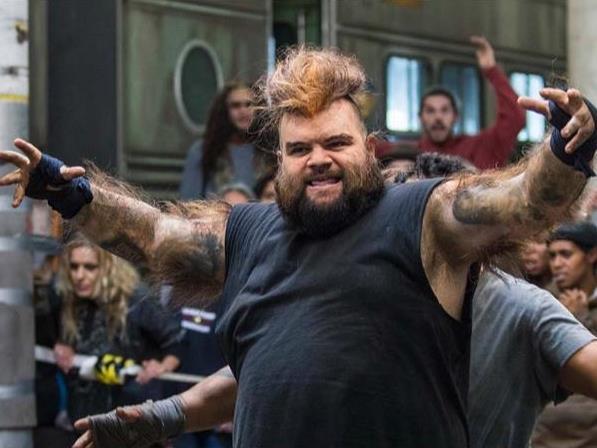 Image: Behind and in front of the camera, Cleverman is the current face of diversity on Australian screens.

On a $10m feature film, with name cast, a producer can spend $2m on the script, actors, director and producing team, and shoot for six weeks at $150,000/per day. That is a fierce whoosh of burning money, which ensures that filmmaking is a tough business full of tenacious people who work calmly for long hours.

Add the need to rely on the instincts of writers and directors, and the weird guessing game of casting, and it becomes very tempting for creators to work in a bubble of the same people and ideas.

But the story of Goalpost Pictures and the journey to Cleverman – television’s first Aboriginal superhero series –  shows the value of remaining open to new talent, and nurturing creative people to find their professional selves.

As producer Rosemary Blight explained on the phone, ‘It is really bad if everyone is sitting in the offices from the eastern suburbs or the inner west, and we have to keep checking up on that. We have to reach wider.

‘I am really a great fan of generational change, generational refreshing, pressing the refresh button. You really start to see the world too much from within your own bubble and I think its important to have generational diversity as much as a diversity of people’s background and where they are from.’

While Goalpost weaves internship programs into its work, taking in Metro Screen and now AFTRS students, it has formed much stronger bonds with people from the Indigenous training programs, which began with CAAMA in Alice Springs, and included the Australian Film Commission with Wal Saunders, Sally Riley and Erica Glynn, the AFTRS, Metro Screen, the ABC and ultimately National Indigenous Television, NITV.

The key external producer in that system is probably Kath Shelper, who produced Samson & Delilah with Warwick Thornton and then I am Here with Bec Cole. At the same time, Blackfella Films built on Rachel Perkin’s first feature, Radiance, made several Indigenous shorts, and moved into television through The First Australians, to ultimately make the Redfern Now saga.

Aboriginal actor and director Wayne Blair made Black Talk with Kylie du Fresne as producer. She is a co-owner of Goalpost, and brought him into the group. He ultimately directed several episodes of the children’s drama Lockie Leonard, which Goalpost produced.

Blair in turn brought his friend and colleague Tony Briggs, who had developed The Sapphires as a stage play based on his family stories. Goalpost agreed to produce the film.

‘I believe that we want to make entertainment, but entertainment that counts,’ said Blight. ‘I don’t want to sound pompous or too worthy but we loved making The Sapphires because it did say something, in a way that spoke to a very wide audience.

‘No-one is in this business not to want an audience. I want eyeballs on every screen we are playing on. And its challenging in a country where there aren’t enough eyeballs. Which is why we also always try and make material which will have an ability to connect internationally.’

Read: The Sapphires: a case study

During that development process, Ryan Griffen started to work with the company, supported partly by Screen Australia for two years. He was a producer’s intern on The Sapphires, and worked behind the scenes on Lockie Lenard, making the film about the production.

He was also quietly developing Cleverman, initially as a children’s series, though it grew grimmer the more he investigated that notion of an Aboriginal superhero for a world torn by racism and political cynicism.  He ultimately pitched it in the Goalpost office.

‘If I could credit anything to the company it is the fact that we didn’t dismiss the idea,’ said Blight. ‘And we listened to the idea. We didn’t have cotton wool in our ears that day and I am really, really glad.’

‘Do you think you have been richly rewarded for that policy of working with new people?’ I asked.

Sally Riley, then running the Indigenous Unit at the ABC, was the other person who listened carefully. It is difficult to understate the bureaucratic bravery of her commitment to the series – a superhero story full of mythical creatures, for adults, full of special effects, for an audience which has told Australian producers again and again that it loves domestic naturalism.

The sheer scale of Indigenous involvement must have been reassuring. The ultimate creator and eighty percent of the cast is Aboriginal, Jon Bell who wrote Gods of Wheat Street was on board, while Wayne Blair was slated to direct, along with Leah Purcell, who has a great track record as a performer, has made two documentaries, and directed episodes of The Secret Daughter for Screentime and Redfern Now for Blackfella Films.

Read: Wayne Blair: instructions on being a man

The ABC completely funded the development process, giving it the time and space to evolve properly, consult about stories and find its own increasingly alarming identity. Most of the production finance was raised domestically through the ABC, the Screen Australia Television Equity Program set up to support ambitious projects, Screen NSW and the Federal 20% tax rebate.

Like every other production company trying to build a truly ambitious project in Australia. Goalpost still needed an overseas deal. The cards they were dealing were pretty mixed. The series is steeped in local political issues, and a mythology no-one has heard of, not even in White Australia. On the other hand, it is a genre series about superheroes, which dominate the world cinema market in their US versions. It is fair to say that the company was doing everything in its power to build a series which remains true to its cultural roots, while colonising the strange space of trans-cultural storytelling.

At that point, said Blight, ‘Kylie du Fresne and myself starting hitting the road with a couple of scripts. We always had a fair bit of interest around the world. We were in a Zeitgeist moment which had so much content that to have something distinct was the way to go. And we got noise and traction from it.’

The elements slowly coalesced. They met NZ company Pukeko Pictures, an independent animation studio closely linked to the Weta Workshop, which is the craft backbone of Peter Jackson’s empire. Together they created an official Australia – New Zealand co-production.

Goalpost had worked with Troy Lum at Hopscotch as local distributor of The Sapphires, and they were easily able to reprise the arrangement through eOne, which had bought most of his businesses. He took the remaining rights for Australia and New Zealand. Ultimately the international rights were bought by German company Red Arrow, through James Baker in the UK office.

‘Red Arrow could see the vision of it,’ Blight said, ‘and were willing to help us put together quite a finance plan.’ With those elements, they had a budget to take into production.

On the basis of cut scenes, after the shoot was finished, Red Arrow was able to sign up SundanceTV as an acquisition, which means the price goes does not go into the budget, but begins to return to investors. That sale also changes the rules about dealing internationally. It led to a sale to BBC3, but it also allowed them to build the brand carefully. Said Blight, ‘We’ve been able to make the choices about the best partners for the longevity of the show, to try and build a true international brand which is incredibly hard. But that is our dream.’

Season two, announced a few days ago, could be just the beginning.

Koori History has a lovely article on the history of Indigenous superheroes in modern storytelling.