As the virus hit Sydney, the Gold Coast and Los Angeles, Velinda Wardell, Andrew Conder and Jules O'Loughlin reflect on their journeys to nurture, learning and gardening.
David Tiley 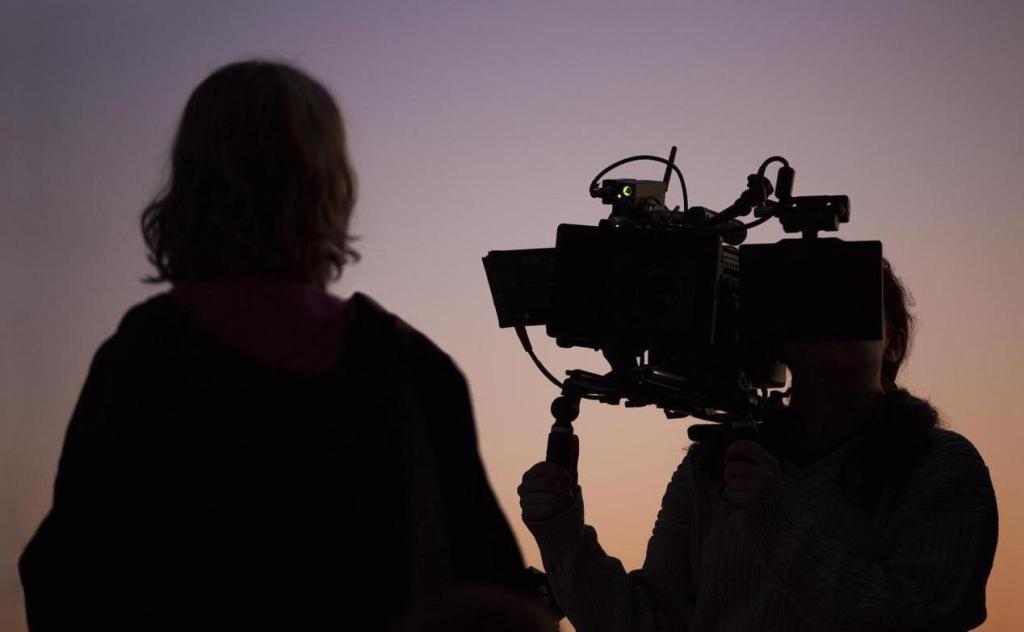 Australian cinematographers are one of the (many) jewels in the crown of the screen sector, a fact which is reflected from the most intimate of documentaries to the instant factories of a Hollywood tentpole production.

They also have an active guild, the Australian Cinematographers Society, which runs a complex system of state and national awards, protects the ACS honours system, and produces a magazine. It attracts a very wide range of people, though it has wrestled with gender and cultural diversity issues over the last few years.

Velinda Wardell ACS has one of those origin stories that really resonates: she ‘fell in love with the lens when she was ten years old, helping to demonstrate giant Super-VHS cameras in her dad’s Hi-Fi store. She recruited her childhood friends into becoming her cast and crew, and remade popular horror films using self-devised in-camera special effects and tomato sauce.’

Wardell has a Masters in Cinematography from AFTRS, and is very attached to the ACS. She works on plenty of shorts, music videos and documentaries, and experiments across art forms. Most recently she was a camera operator on I am Woman for Goalpost Pictures.

She has an undergraduate degree in the visual arts, travels to the annual cinematographers festival Camerimage in Poland and is influenced by a European aesthetic. She is also embracing Virtual Reality as a fascinating new world which calls strongly to cinematographers.

How has she responded to COVID-19?

‘I’ve spent a lot of time getting in contact with friends and colleagues and seeing if everyone’s okay. And also, making sure my parents are doing well,’ she says. ‘Understanding the situation and getting organised that way and then spending a fair bit of time through the ACS seeing what we can do as a society and how we can connect people and keep things going.

‘Because I do travel a lot for work and for conferences like Camerimage I’ve got friends all over the world so I am in contact with them. It’s pretty dire over in London at the moment and I have another friend from Portugal who was in Spain as a DOP.  When his job was shut down he was trapped in Spain, but making the most of it doing Da Vinci courses and that kind of thing.

‘There are opportunities to work in pre-visualisation or spending more time collaborating with directors. I’ve got a few directors that I work with who are based overseas so we were already working remotely and they are feeling quite positive about spending more pre-production time on their projects. Or trying to keep buoyant at least.’

Wardell asks really good questions, which reflect the fears of many across the screen sector.

‘When productions do go back, who do you think are going to get hired? Do you think they’re going to take less risks on new talent now and stick to the people that are already proven?

‘Do you think it’s going to be based on price as well?

‘Recently there’s been a lot of funding and a lot of focus on diversity. Do you think that’s going to suffer?

‘It will be easier if people are already in a team, but it is interesting to imagine how new teams would be forming at a time when you can’t actually go out and meet people physically.’

Andrew Conder ACS SOC is a cinematographer and steadicam operator on the Gold Coast who started in the camera department at Channel 7 in 1981. [SOC stands for the American Society of Camera Operators].

When COVID-19 struck he was working on season two of The Bureau of Magical Things, a Jonathan M. Shiff TV series. What does he think is going to happen?

‘I’ve been playing this guessing game every day, just about. I’ve got the second AD staying with me because he’s from Melbourne and been living here. We discuss it regularly.

‘The Bureau was one of the last productions to shut down and they had good, safe practices and they are really working on ways of getting back to work.’

The production company is receiving JobKeeper so it still has people at work. Queensland is relaxing its restrictions as of the beginning of May, so Conder is hoping to be back at work by the end of June. Some actors will come from overseas who will have to quarantine for two weeks.

In the meantime? ‘I thought I was going to be bored but there don’t seem to be enough hours in the day. They’ve been rewriting the second block of scripts to have less actors together, less extras, less exteriors and more interiors, things like that. So I’ve been working on the block and talking online to the director and the AD and scheduling the time so we can hit the ground running. That is a good thing because the second block doesn’t normally get this much attention.’

Steadicam operators have complicated gear and they have to stay fit. So Conder has dragged his exercise bike out of the cupboard, and is keeping the equipment up to date. Unlike some other cinematographers he has already paid for his rig so he doesn’t have to deal with ugly bills.

He is also a keen gardener, which seems to be a motif throughout the craft sectors in suspended animation.

From Los Angeles to Sydney

A cinematographer with a good career in Hollywood has a confession to make. ‘My partner has just slapped me because I have a terrible habit. She’s a producer.’

Leesa Kahn and Jules O’Loughlin are back in Sydney, locked down and waiting to break out like everyone else.

‘I have a terrible habit of being very self-deprecating. I’m very Australian,’ O’Loughlin confesses.

As Trump began shutting borders, they were in Los Angeles working on a spy thriller for FX and Disney called The Old Man, starring Jeff Bridges. The production was due to shoot in Morocco.

‘For weeks,’ says O’Loughlin, ‘this thing was hanging in the air and getting more serious. Was this a medical issue for us? It seemed the most frightening thing was the logistical issue of being stuck in Morocco. What was the company’s Plan B? Disney has a lot of other businesses with cruise liners and theme parks, so they were constantly thinking about it but there weren’t any firm decisions. Deciding on our show would impact on other shows and the broader business.‘

The decision to close the show was made at the eleventh hour. Leesa Kahn takes up the story.

‘The day before The Old Man shut down officially, Trump had that famous first press conference where he closed the European flights. And I had people scouting and prepping in Morocco. And that was the straw that broke the camel’s back because it was like, “We’ve got to get the people back from Morocco! Now it’s real and the borders are closing beyond China”.

‘Now we actually have to shut down. You know what it’s like with insurance. Agents were talking about actors on pay or play deals, and the whole concept of force majeure and Act of God. It was really difficult for them to just pull the plug on a production.’

They had a strong sense that the picture was clearer to them than further up the command chain, which was trapped in the wider contradictions between commerce and health. The show was a microcosm of the whole confusion. But they could rely on intuition.

‘The show was shut down on Friday the 13th of March,’ says O’Loughlin. ‘and we came home a day later. We got the hell out of the United States because I just had a bad feeling about it. We wanted to get out of there as fast as possible.’

Right now they are floating in a kind of bubble, detached from the local industry for the last five years and glad to be home. O’Loughlin has been chopping into the family garden, which has been untended as his relatives aged, in a huge change of pace. He was a futures trader before he went to AFTRS, so he thrives with risk and competition while the producer in Kahn moves to a much longer, slower rhythm.

Says Kahn, ‘Jules has never stopped learning like it’s his thing. We’re doing Masterclass and he’s going back through his years of notes and looking at old lighting courses and I guess that’s the thing with the craft is that there’s always a willingness to learn, a desire for more knowledge.’