Can you replace a scriptwriter with an algorithm?

Anton Andreacchio and Dr Lewis Mitchell sat down at Screen Forever to discuss the role of data in screen production, and whether robots will replace us all.
Jini Maxwell 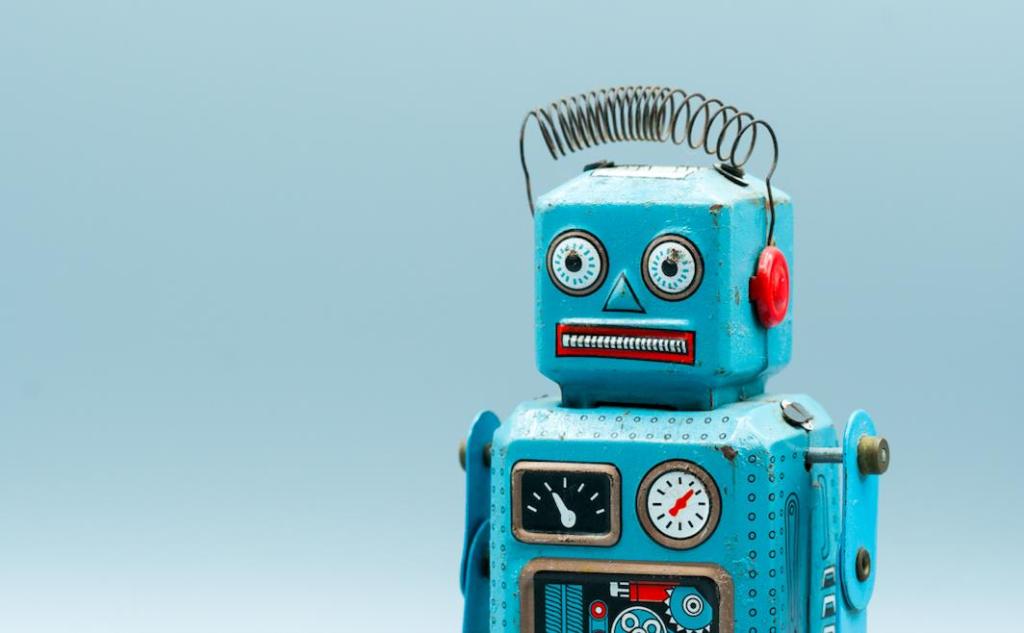 Just call me Shakespeare. In return for your data, I will bring you unimaginable success. Image via Shutterstock.

We live in an era of algorithms, SEO and data points. It’s affecting the way we live, work, communicate – and the way we make films. But how can we harness the all-powerful power of data for the better? This was the question of the hour at the Screen Forever panel ‘Can Robots Write More Successful Scripts?’. Featuring University of Adelaide’s Associate Professor in Applied Mathematics Dr Lewis Mitchell in conversation with Anton Andreacchio, Managing Director of Convergen, the panel offered a short answer to the question in the title pretty quickly: absolutely not! But the longer answer is much more interesting.

Mitchell begins by demonstrating that even the most state of the art artificial intelligence still struggles to pull together cogent, let alone inspired, prose. He demonstrates the issue with GPT-3, an AI from the Elon Musk-backed company Open AI. GPT-3 is trained on a massive body of English-language text, from novels to Wikipedia, learning how to recreate not just the grammar, but also the syntax and tone of a wide variety of different prose styles.

‘Provide it with a single sentence,’ Mitchell explains, ‘ and it tries to write the next sentence for you, generating text like predictive text on your phone, but just orders or magnitude more intelligent.’

‘It’s not, “are robots writing scripts or are they not writing scripts”… for us, what we started to think about was a different way of framing the conversation. The way we put it is, if good ideas can come from anywhere, when do we start listening to AI?’

Dr Lewis Mitchell
The results, however, when GPT-3 is provided with the first sentence of George Orwell’s 1984 were less than auspicious: ‘It was a bright cold day in April, and the clocks were striking thirteen.’ is followed in a robot’s idea of art with this: ‘I was in my car on my way to a new job in Seattle. I put the gas in, put the key in, and then I let it run. I just imagined what the day would be like. A hundred years from now, in 2045 I was a teacher in some school in a poor part of rural China. I started with Chinese history and history of science.’

While the grammar is (mostly) intact, the generated text expresses totally disparate and chaotic; as Mitchell puts it, GPT-3 ‘can generate very realistic looking text, but it can’t generate story.’

But Mitchell thinks we’re looking at the role of AI in creativity all wrong: ‘It’s not, “are robots writing scripts or are they not writing scripts”… for us, what we started to think about was a different way of framing the conversation,’ he said, ‘The way we put it is, if good ideas can come from anywhere, when do we start listening to AI?’

Despite its ability to absorb millions of words of prose, an AI like GPT-3 can’t tell a story. But it can map a story’s arc; in Andreacchio’s words, it’s might be better used ‘to read; not to write.’ Inspired by Kurt Vonnegut’s anthropology Master’s thesis, ‘The Shapes of Stories,’ which argued that the main character’s emotional arc in every story can be graphed, Mitchell’s team set about training the AI to identify story beats based on the emotionality of language in prose, called sentiment analysis. The process assigns emotional words a score from -3 to +3, with ‘hate’ a -3, and ‘love’ a +3. The AI then uses to identify how positive or negative in general the emotion in that section of prose was, and to generate a map of the emotional arc of the narrative. From this, the AI was able to identify six story archetypes that covered 80-90% of the novels it was fed.

‘This is where computers can assist screenwriters; they can read a hell of a lot more quickly than we can, and they’re great at pattern recognition,’ Mitchell said. On a project like an adaptation of a book to a film, a lot of time can be spent debating the emotional resonance or importance or different story beats, as they are personally to different readers.

An AI can’t give a script life, but it can offer a framework. Mitchell’s team have also fed AI existing scripts in order to get them to generate, not a script, but a set of story beats that a writer can contest, consider, or breathe life into. A piece of data-driven sentiment analysis, while it may sound appropriately Orwellian on paper, is actually just another tool in a production team’s arsenal, for analysing and understanding scripts – and when Andreacchio asks if its possible to generate a sentiment analysis that accurate parses the data but provides a story map that is ‘complete garbage,’ Mitchell agrees enthusiastically: ‘One hundred percent.’

Mitchell is clear that these tools have limited, though powerful, utility. They are neither perfect or objective, and nor do they aim to replace any aspect of the creative process. His team has found the use of data-driven analysis and AI incredibly useful – but primarily as a point of comparison to team discussion.

‘The important thing to remember about the AI is, it’s a conversation starter, it’s not a replacement for anything – it’s a voice in the room,’ Mitchell said.

Even better, these tools can give creatives time to be creatives. in an industry where time and money is desperately limited. ‘A lot of the feedback we get from producers is that development is chronically underfunded in Australia,’ he added, ‘and so this is potentially a way where we can start to act smarter, not just harder.’