Who knew films about men shooting things and blowing stuff up would draw crowds? It's time again to crunch the numbers at the box office.
Jini Maxwell 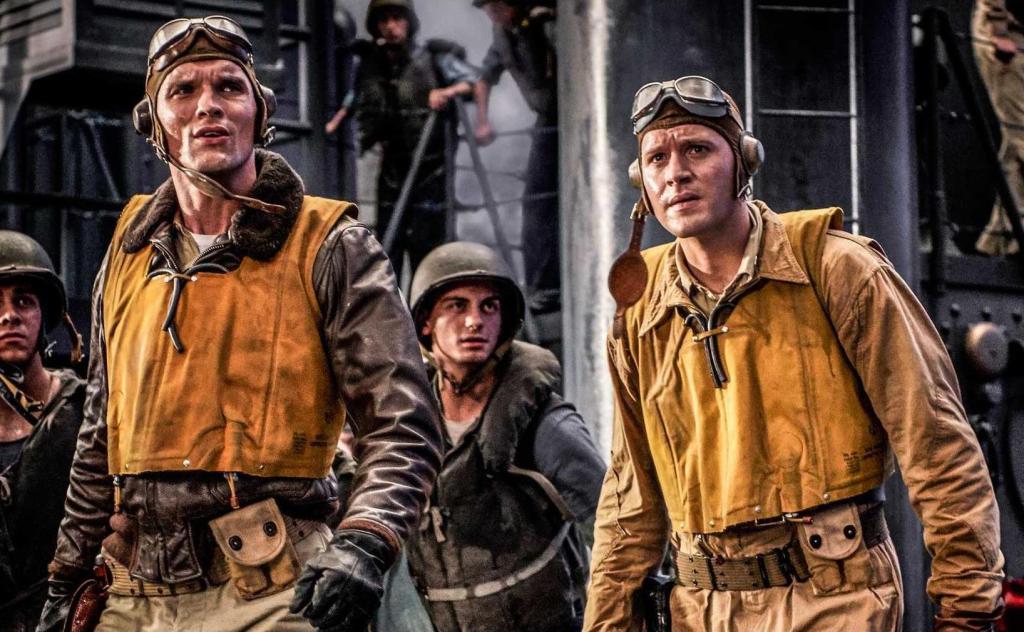 Bad boys are still riding high in the box office as we enter the first week of February, as Bad Boys For Life spends its third week at the top of the charts. The action flick brought in $2,091,742 across 371 screens this weekend; that’s a screen average of $5,959. Fellow bad boy, Dolittle, dropped a bit in the charts, but still seems to be going okay; the Robert Downey Jnr-led film brought in $1,057,872, for an average of $3,598 across 294 screens. These are decent numbers, but they represent a 53% drop in revenue from last week; based on that comparison, I wonder where the good doctor will stand in the charts next week.

Disney, the world’s largest entertainment company, took a leaf out of some of the smallest by launching Terrence Malick’s three hour epic A Hidden Life on 22 screens to bring in $77,000 so far. It cost maybe $13m to make and has taken $5.5m around the world. (You can read Adrian Martin’s finely textured review for us here.)

Because Americans can’t overcome the one-inch barrier of a subtitle, a 2020 remake of The Grudge also premiered this week. It showed on 170 screens, and brought in a total of $695,437, which makes for an average of $4,091; the film’s numbers are much healthier than its ratings, but that’s not saying much.

That’s it for new releases in the box office charts, but let’s look at some old favourites. The Gentlemen has pulled away from its place next to Little Women; in fifth week in release, Guy Ritchie’s latest brought in a screen average of $3,241 across 211 screens, for a weekend total of $683,868. Those numbers are pretty consistent with last week’s; Little Women, on the other hand, saw its weekend takings drop 29%, bring in just $573,371 across 314 screens, which makes for a screen average of just $1,826.

Jojo Rabbit might be showing on half the screens (152, as opposed to Little Women’s 314), but its screen average is looking much healthier. The dark comedy brought in $496,374 this weekend, for a screen average of $3,266.

Over in limited release, Parasite still reigns supreme; the film took out the BAFTA for Best Film not in English, and showed in 25 screens, to bring in $108,165, which makes for a tasty screen average of $4,327. That’s 32 weeks in the charts! Are you aiming for the full 52? We at Screenhub believe in you!

Apart from the ongoing reign of Parasite, there are a couple of new films in the limited release charts. The Peanut Butter Falcon also premiered on 44 screens, to bring in an opening weekend average of $93,403. Anime adventure Konosuba: God’s Blessing On This Wonderful World! Legend of Crimson! premiered to very similar takings – $89,771, over 27 screens. This makes for a tastier screen average though; we’re looking at $3,325 per screen, as opposed to The Peanut Butter Falcon’s average of $2,123.

And finally, H is for Happiness returns to our screens after its premiere at Melbourne Film Festival. Currently in prerelease, the film showed on just 14 screens, to a slim weekend taking of just $4,088. We look forward to seeing this heartfelt family classic in wider release; Screenhub is afraid its audience might have gone back to school.

The Chinese box office is now a complete mess due to the coronavirus. The total take on the first day of the Spring Festival was one percent of the figure last year. Expect a lot of shuffling before the numbers stabilise again, but we can expect that the streaming figures are soaring upwards as everyone sits glumly at home.