Box Office: in which the writer almost runs out of Frozen puns

This week at the box office brings a spooky alternative to animated princesses while The Good Liar goes bad, and more.
Jini Maxwell 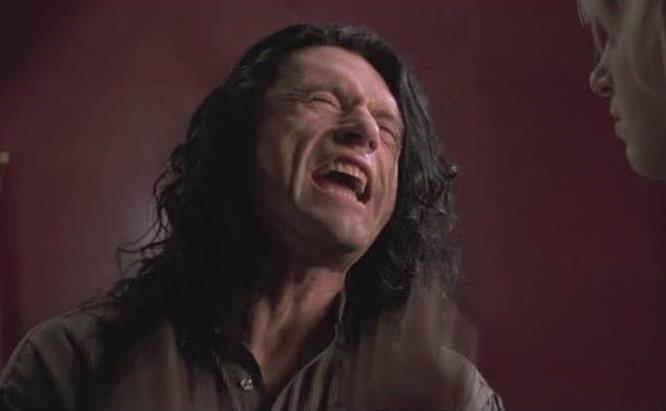 I haven’t even SEEN Frozen. Image via Wiseau-films

Here is my favourite thing in the box office this week: Tommy Wisseau’s classic lemon, The Room, is back in limited release, after a mere 486 weeks in release. I think it’s safe to assume this is due to Cinema Nova’s late night programming (now, sadly spoon-free); the film showed on just two screens, and brought in $8,497 overall. That looks like a full house to me – and rightly so. Real art deserves an audience!

Alright, back to the big numbers. So far, the box office is still, ahem, Frozen (2) over; the sequel dominates the charts by a massive margin in its second week, bringing in a screen average of $8,202 across its 664 screens, compared to Knives Out, which comes in next in terms of takings, with a screen average of $6,426 across a relatively small 284 screens. Still, the Disney juggernaut slowed significantly from its opening week, losing 104 screens compared to last weekend; it remains to be seen if my predictions are correct, and these numbers even out soon, or whether it melts out of the charts sooner than expected.

Reviews of The Addams Family might be mixed, but the numbers it saw over it’s first weekend on our screens were certainly not! Everyone’s favourite family of goths debuted on 278 screens to an average of $4,034, for a weekend taking of $1,245,453. Maybe people were ready for an all-together-ooky antidote to Disney’s saccharine charm. The Good Liar also turned up on 284 screens, but didn’t quite hit the mark in the same way; with a screen average of $2,647, this flick is likely to drop a few screens before next weekend.

Everything else is hanging out roughly as you’d expect; Joker and Charlie’s Angels are losing crowds faster than they’re losing screens, earning an average of $1,541 and $1,136 over their 126 and 195 screens, respectively. Last Christmas is still on 253 screens, but struggling to justify them, with a shaky average of $2,415 per screen.

We’re still on for Parasite watch 2019! The film entered its 24th weekend in release with no sign of leaving the charts soon; in fact, its weekend takings of $17,587 mark an 11% increase from its revenue last weekend, to match the two extra screens it showed on. Given what a crowd pleaser this turned out to be, maybe it should be renamed ‘Symbiotic’?

We think it will last right out to the Oscars.