Box Office: A Week of Fast Cars and Hidden Gems

This week at the Aussie box office we receive an object lesson in the disparity between commercial success and critical acclaim.
Jini Maxwell 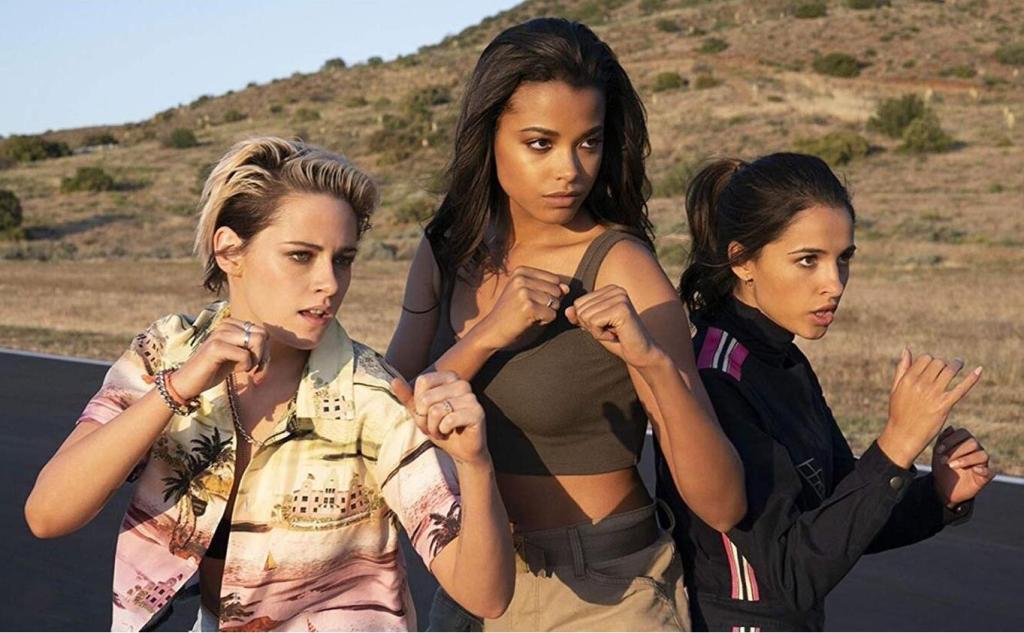 Kstew defending every excellent film that didn’t quite find its audience. Image via Sony Pictures.

Hang on….. can you hear that? Is that… the sound of a million gays running to the cinema as fast as their platform sneakers and high heels and Blundstones and brogues (we are a diverse community) can carry them? It must be, because this week, the rebooted Charlie’s Angels hit the Aussie box office, featuring noted gay Kristen Stewart. Produced, directed, and written by Elizabeth Banks, this pulpy flick debuted on 390 screens, bringing in a screen average of $4,326, for a total taking of $1,687,043. This is a good result for the film, which had a lukewarm reception internationally; it grossed just USD $27.9 million, not even approaching its USD $40 million budget. Even so, Australian audiences clearly welcomed the remake with open arms.

In fact, it was only just beaten out for the number one spot by Ford V Ferrari which zoomed onto 468 screens in its opening weekend, dazzling petrolheads everywhere for a weekend taking of $2,582,633. That’s a healthy screen average of $5,516.

As far as origin stories go, the car boys are easily overtaking Ride Like a Girl, which held onto 161 screens this week, despite dwindling numbers. Now racing season is over, its audience seems to be fading somewhat; the film added just $136,592 to its overall box office taking of $11,287,953. Not the stellar numbers we saw a couple of months ago, but not terrible numbers for its eighth week in release, and it’s still firmly holding its place in the box office charts.

The other new releases in the charts are relatively lowkey. For anime fans, the latest entry into the One Piece film series, titled One Piece: Stampede, premiered on 39 screens, for a screen average of $2,887. For lovers of Australian rock, INXS’ legendary 1991 show at Wembley stadium also hit cinemas; INXS Live Baby Live at Wembley Stadium played on 168 screens, and brought in a total of $194,732.

Much like the Kims themselves, it looks like Bong Joon-ho’s dark comedy-thriller is truly here to stay! Now In its twenty first week in release, Parasite is STILL in the limited release charts; the film is showing on 8 screens, up from 6 the week before, and brought in a decent $2,813 screen average. A remarkable feat, for Joon-ho’s highest grossing film to date.

On the other end of the spectrum, Aussie films are barely hanging on. Promised is now in its fourth week in release, and added $10,477 to its overall box office takings of $304,218. That’s an average of just $616 across its remaining 17 screens. Umbrella Entertainment’s other offering, The Emu Runner, isn’t doing any better. The film may have moved critics, but the crowds just aren’t there; it’s in the twentieth and final position in the limited release charts, in only its second week in release. This Aussie gem brought in a screen average of just $283 across its 21 screens, for a total weekend taking of $5,934.

The Report also made its debut on 30 screens this week, after generating quite a critical buzz. The tense political narrative brought in $44,451 overall, for a slender screen average of $1,482. I suppose (as Charlies’ Angels 58% rating on Rotten Tomatoes may also attest), that critical and commercial reception are very, very different things.