Australian films to keep you company on Valentine’s Day

Australian filmmakers have something for everyone, however swooning or cynical you might be feeling.
Jini Maxwell 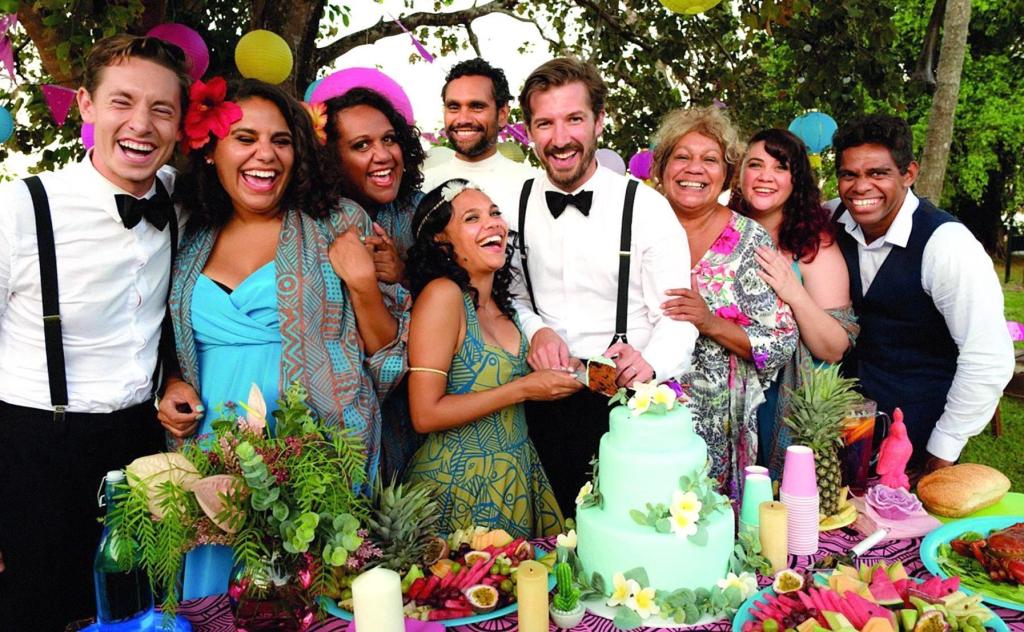 It’s the season of love, baby. Image via Universal.

The birds are singing. The Hallmarks are gathering in the newsagent’s card aisles and the season of love is upon us once more. It’s everyone’s favourite commercial non-holiday: Valentines Day! Now, we may have mixed feelings about 14 February; to some, it’s chance for romance, while for others, it’s just another day at the week. This year, we’ve collected some fantastic Australian films from across the years for viewers of any disposition this Valentine’s Day.
Whether you’re snuggling up with a new lover, mourning a past one, keen to throw popcorn at an onscreen smooch or entirely non-observant, these are some great local films that run the gamut of human intimacy,  from swoon-worthy to utterly cynical. There should be something to enjoy here for anyone – and why not celebrate? after all, worst comes to worst: it’s Friday.

This 2019 darling is the perfect pick for anyone looking for a gorgeous, chaotic romcom whose story celebrates, instead of detracting from, the independence and power of its heroine.

When Lauren and Ned return to Darwin to announce their engagement to her family, she discovers her Mum has left her dad and disappeared, without an explanation. What follows is 10 days of whirlwind adventure in search of her mum – and Lauren ends up finding so much more. This film is a love letter to community and culture (as well as a handsome, silly boy), with a killer soundtrack from Electric Fields, and healthy dose of classic romcom tropes to keep audiences giggling. Will you cry? Look, maybe, but happy tears only. This film is pure sunshine.

For queer romance: The Sum of Us

Here’s a queer classic: The Sum of Us. It features Russell Crowe as the gay adult son of a slightly-too-supportive dad Harry, played by Jack Thompson, in their attempts to find Mr and Mrs Right, respectively. Perfect for any evening when you want to settle in with a queer comedy with real heart. The third act of this film could pluck the stiffest of heartstrings – but does the gay character die, or suffer a horrible tragedy? No! And honestly, for a film that centres queer romance, that’s an achievement! This film is a wholesome, feelgood affair, that doesn’t bury its gays, and allows an audience to indulge the domestic fantasy of healthy, loving male familial bonding, as well as romance on the side.

For the chaos: Muriel’s Wedding

1994 was a fantastic year for Australian films; on top of The Sum of Us, this year saw Toni Collette in her breakout role as the socially awkward, romance-obsessed Muriel, in Muriel’s wedding. Like so many great comedies, Muriel is part hilarious and part heartbreaking, and a perfect anti-Valentine’s pick for the cynics among us. Sit back, and enjoy the Abba.

For the cynics: Thank God He Met Lizzie

Featuring standout performances from Cate Blanchett, Frances O’Connor and Richard Roxburgh, all on the verge of making it big, this 1997 cult classic (released in the US as The Wedding Party) is the ultimate anti-romantic comedy with a tart sting in its tail. If you’re on the market for a film to validate your bitterness towards the vain travails love, this classic comedy is it.

For the nostalgia: Love and Other Catastrophes

What is it: This energetic indie rom-com set in the world of Melbourne Uni students in the 1990s was a breakout hit, and captures perfectly the mood of an era. It looks gorgeous, sounds gorgeous and features characters who quote from their favourite movies all the time. It even features a cameo from Screenhub’s very own film critic Adrian Martin.

For the local history buff: Promised

Promised is a lovely piece that recreates the details of Italo-Australian communities in the 1970s with detail and care. Promised takes a charming look at relationships: familial, romantic, and arranged, with care and attention. It’s a great choice for any viewer looking for something a little more historical than hysterical.

Baz Luhrmann’s outlandish directorial style might be common knowledge now, but it all started with Strictly Ballroom in 1992. Luhrmann’s directorial debut is a classic in the popular dance-competition-with-emotional-stages-and-romantic-tension category,