Film festivals across the nation are gearing up for a jam packed program both physically and digitally. Here is a calendar list of what to watch out for.
Celina Lei 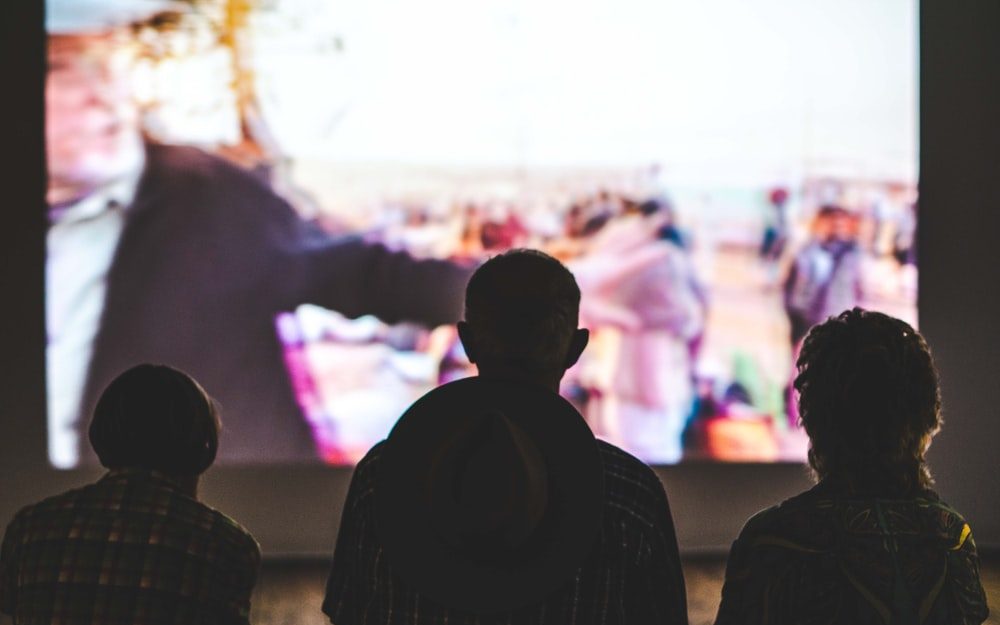 What are you going to feast your eyes on this year? Image: Aneta Pawlik via Unsplash.

With COVID safety plans in place, film festivals are gearing up for a stellar year with plenty of anniversary celebrations, inaugural programs and Australian premieres.

2022 Flickerfest is currently in full swing with a packed program wrapping up on Bondi Beach on January 30. See our hand-picked highlights on ScreenHub.

Antenna Documentary Festival runs February 2–3 in Sydney with a celebratory 10th anniversary lineup. Opening the festival is the Australian Premiere of Charm Circle by Nira Burstein, a cinéma vérité portrait of her eccentric New York family, alongside highlights including The Real Charlie Chaplin, Cannes Best Documentary A Night of Knowing Nothing, and Yael Bartana – Retrospective delivered in collaboration with the Museum of Contemporary Art (MCA).

From February 4–27, Australia’s newest film festival Europa! Europa will be screened across Sydney and Melbourne. The inaugural lineup features 43 films from 42 countries, including 35 Australians premieres. Cinematic gems from Cannes 2021 include The Innocents by Norwegian Director Eskimo Vogt, Grand Prix winning Compartment No. 6, and coming of age stories Marina (Best First Feature Film) and Libertad. Also included will be 13 Oscar submitted titles from across Europe.

Melbourne Women in Film Festival runs February 10–14 at ACMI and online with the theme Laugh Louder, focusing on all things funny through curated programming bringing together women and gender diverse filmmakers.

The Japanese Film Festival 2022 will deliver a free online program from February 14–27 after touring across cinemas. From a futuristic existential animation about androids (Time of EVE the Movie) to a culturally rich documentary delving into the art of ramen-making (The God of Ramen), 17 films will be available for a nation-wide audience.

Sticking to the digital format, the Transitions Film Festival can be streamed on demand from February 18–March 13 nationwide.

Queer Screen presents the 29th Mardi Gras Film Festival, The Queer Frontier from February 17–March 3 in cinemas and on demand. The PRIDE Queer Film Festival in Perth runs from March 2–9, then will travel to Geraldton, Busselton, Albany and Kalgoorlie in WA.

The 2022 Alliance Française French Film Festival runs from March 1–April 26 with the full program to be released on February 3. The Festival is set to feature Cannes highlights, a selection of Australian premieres and all the ‘amour’ and drama in celebration of French cinema.

This year the World Monologue Film Festival will welcome a physical screening on March 23 followed by livestreams for semi-finals and finals on March 25 and 26 respectively. Normal submissions are open to compete for the $500 main prize until February 10.

Also in March is the Australia Womens Film Festival for short film in Sydney, with 2022 dates to be announced and entries open until February 15.

The Geelong Pride Film Festival will return during March/April with dates to be announced, submissions are open until January 31.

From April 14–May 31, the Breath of Fresh Air Film Festival will deliver its online programming, to be followed by a ten day celebration in Launceston and the Tamar Valley, TAS from April 29–May 8.

Celebrating its 20th anniversary is the Gold Coast Film Festival returning from April 20–May 1, bringing a diverse range of films, panels, events and pop up cinemas across the Gold Coast.

Screenwave International Film Festival returns April 21–May 6 on Coffs Coast with unforgettable cinema experiences alongside live performance and the inaugural launch of Storyland, a one day event of music acts, art installations and storytelling headlined by Courtney Barnett and Hiatus Kaiyote. The 2022 festival will host ore than 120 feature screenings over 16 consecutive days of cinematic delight.

The Melbourne Short Film Festival is due to return April/May and has announced its 2022 award nominations across all categories including best Short Film, Documentary, Animation, Comedy, Drama and Best Experimental.

Entries for the 2022 Very Short Film Festival are open until April 25 with the signature theme ‘Spring’. The Festival’s Premier event will be held in Tasmania on May 20.

Submissions are closing on January 31 for the St Kilda Film Festival held over May, showcasing Australia’s top 100 short films from public submissions.

Also returning in May/June is the German Film Festival with more details to be announced.

The Sydney Film Festival runs June 8–19 this year with submissions open until February 25 for the Denny Awards, the Australian Documentary competition and Australian and international categories of the program.

Annually held in July, the Melbourne International Animation Festival features a nine-day celebratory feast of forums and animations from around the globe. Entries for Australian films are open until February 24.

The 70th Melbourne International Film Festival will be held from August 4–21, offering innovative and transformative experiences for audiences and filmmakers alike.

Presenting in both cinemas and online this year, the 13th Indian Film Festival of Melbourne runs August 12–20. Films from last year’s event are currently available on demand.

Cinefest Oz Film Festival WA returns August 24–28, including Indigifest Oz and Community Day to close the Festival. A Community Screening will be held on January 26 at Skyfest Australia Day, including a Welcome to Country followed by screenings of 100% World and H is for Happiness.

The Darwin International Film Festival is slated to return in September after delivering their postponed 2020 program in May last year.

The biennial Adelaide Film Festival returns from October 19–30 with a physical event. AFF Creative Director & CEO Mat Keating is excited to present the 2022 program ‘where once again lovers of film and screen arts more broadly and filmmakers themselves will be able to come together in Adelaide to enjoy the inimitable shared experience that cinema brings’.