Aftertaste, Closer Productions, and the road to a dynamic story

Closer Productions does television development very well. Aftertaste taught them to test the limits of patience in search of excellence.
David Tiley 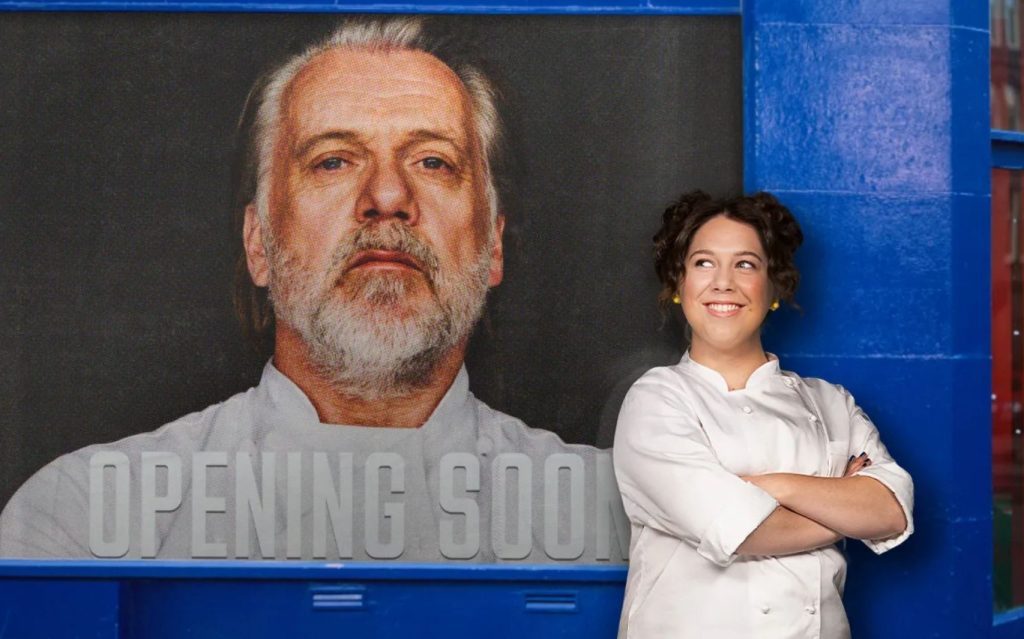 Adelaide’s Closer Productions is a well-sorted tribe bound by a shared idea of quality. They are known for Fucking Adelaide, The Hunting and Aftertaste, with their clear characters wound up by clever stories, and a sure sense of modern people. Torn not from the headlines but the Facebook posts we should have erased.

They presented to the Mercury CX Screenmakers 2021 conference, handily streamed online, to explain How to Make a Hit Series. As in, we are going to tell the truth about our development methodology.

Aftertaste is a six-part comedy series run on the ABC from February 2021, based on the story of Easton West, a disgraced chef who comes home to Adelaide to rebuild his career. His solution? Become a celebrity chef. The trope is far from new but there’s plenty of opportunity for biting (ha!) satire.

In the beginning, almost none of this had been imagined. This story is about the long process to invent and bring the show to life.

Aftertaste was thought up by Julie de Fina and Erik Thomson, who plays Easton West. He was ultimately defined as a producer while the development credit went to de Fina and Matthew Bate, a core owner of Closer. ‘It came from pretty much just a love of food’, de Fina said, ‘and I know that Matt Bate grew up in kitchens so he is very familiar with that world too.’

But they needed much more than that to create drama. ‘I was watching Chef’s Table at the time, and it was really the character of these men who are extremely brilliant at what they do, but in a mix of genius but also total wankery that gives people joy and is also self-indulgent at the same time. You just get these people you love and hate as well.

‘And I noticed we could do something with that sort of character without making it a workplace thing, so it was always about character.’

They created a pitch document, connected with Closer and sold them on the project. Together they came up with a shared sensibility, by working through the concept to agree on the key ideas. Then the producer Rebecca Summerton took this to the ABC who provided some base funding to create some early rooms and do a bible.

‘There’s a lot of work to be done in that document to turn it into something that can be presented back to the network and also to finances to get them to believe that it’s going to be a great show.’

To do that, they set up a story room, with writers who may or may not go on to write the show, to help break the story. That starts with a brainstorming phase with the creators, the story producer, the producers, some writers and the network execs in and out as well. This is the widest use of the collective hive mind.

Somewhere here, they move into the plotting phase, which is more conventional. They have the show and the characters and the general story, which they plot on the whiteboard or with Google Docs on Zoom and shared screens.

Once there was enough to create a viable Aftertaste bible, the project went back to the ABC. ‘So, it’s a stage by stage process, said Summerton. ‘Development is quite expensive and broadcasters want to be sure that they really like the project before they fully commit to it. Almost all the time they will commission a couple of draft scripts.’

By now, they are working with a writers’ room in the traditional sense of the term. The space really belongs to the writers though they can add specialists for particular tones like comedy. They have a mechanism to prevent episodes from wandering away from the story, and keep the characters consistent and evolving as agreed.  After a lot of hammering and clanging, the project is financed and the machine rolls forward.

That is the structure of the process. But we can also glean the artistic evolution of the project, which is a different kind of narrative.

As Matt Veseley said, ‘The fundamental thing is getting everyone together to talk. That’s how you just kind of come up with stuff. By yourself you don’t want to push the show enough and you’ll settle quickly and follow one track, rather than testing the boundaries of what you can do.’

The key description for that came from Julie de Fina. ‘And then through development, it sort of became something else.’

As Matt Bate explained, The Closer Producing Mind recognised the enduring audience fascination of food shows which have pulled in talent quest, renovation and business revival tropes. They added a 19-year-old niece who is a gifted pastry chef and modern food advocate, who is also a nice person as a foil for old cranky pants. That is the ABC of good conflict, but they took it one stage further.

The Aftertaste narrative would play out through her food, which would express her personal evolution and inner journey. It would also pit the old against the new in a physical way.

They added a second foil in a competitive hipster Chinese chef, and a host of secondary characters who became more and more interesting in their own right. In practical terms, they enabled the world to become a family and move around satire, wit, empathy and poignance.

They were very aware of the social journey created by the time. They pick up on the growing failure of bullying masculinity, the rise of new generations, and the power shifts in our culture. This is social comedy; Moliere moved into genre television but with one big difference. The archetypes are dynamic and they evolve. This is a story about change.

According to Aftertaste development director Matt Vesely, ‘We needed to ensure that the characters have clear wants. We struggled with this as a team in the first season. Easton wants to be famous and to get back to where he was, but we had to find really specific wants for him and Diana so they would be competing and therefore bounce off each other.

‘Once we ensured they got in each other’s way, they could team up and fall apart. We could select the fundamental dramatic ideas, the dramatic questions which the audience wants to find out in each episode. These simple building blocks allow you to build a spine for your story.

‘On top of that you can do things like comedy in the character and spend more time with them, but obviously, the show is very much thematically about the shifting power. Watching Diana and Easton compete and watching the power shift back and forth between them is a thematic idea as well as a narrative device.’

They use the notion of a lighthouse – the key thing which underlies a character, and is also the basic curiosity which keeps an audience waiting to see what they will do. For Diana, seen as Miss Goody-two-shoes, this is about what she is prepared to do in order to succeed. Easton in machiavellian, and he both sets the terms of engagements and is a subtle role model. Will she take the same path as he is?

As Bate said, ‘The cliffhanger of episode one is a deal with the devil. We know that Easton needs a new young female and Diana needs a new narrative. They need each other, we push them together and they have these competing ideas, and then let drama ensue.’

‘That sounds like quite a simple idea, the idea of the lighthouse we came up with for those characters, but actually we struggle with that. It was a year of development. A lot of development is like cutting through the thicket with a machete to get to that simple idea.

‘It is about simplifying the idea and narrowing the focus.’

Learning to wait for excellence

They were still working on Aftertaste in January, with a start date in March which was interrupted by Covid. eight weeks before they were supposed to shoot. That delay gave them the chance to work through every script, line by line, still making amendments which were clearly noted and passed into the production process.

Ideally, they acknowledged, they would develop sharper ideas of character and more stable stories early in the process. The thing was too foggy to begin with. But they emphasised that the light bulb moments can take a long time to occur, and the lighthouse is not built quickly.

They will be blocked, they do need to open everything up and start again.

Veseley said, ‘I think what we did was themes and characters and found a way to dramatize them.  They can’t be just intellectual ideas, they need to be activated. “What will Diana do to become famous is like a really simple question, that is active, that generates story.’

Julie de Fina knows it is possible to lock off an idea too early, that characters exist before they reveal themselves.

‘The process is what it is, you learn from life, from everything. It was the final room where it all sort of clicked, we had the stories but the characters finally made sense to us. You know, they felt alive.’

Read: Our Aftertaste review clicks right into the developmental objectives.

Aftertaste was shot by Anna Howard ACS. Here’s a scene which displays some of her virtues along with the skills of Natalie Abbott, who is also a musical theatre star who burst through with Muriel’s Wedding, the Musical in 2019.