Getting real with your career – the power of a breakthrough moment

Before that first opportunity, there is often a moment when you realise the shape of your life. This is how it can happen.
David Tiley 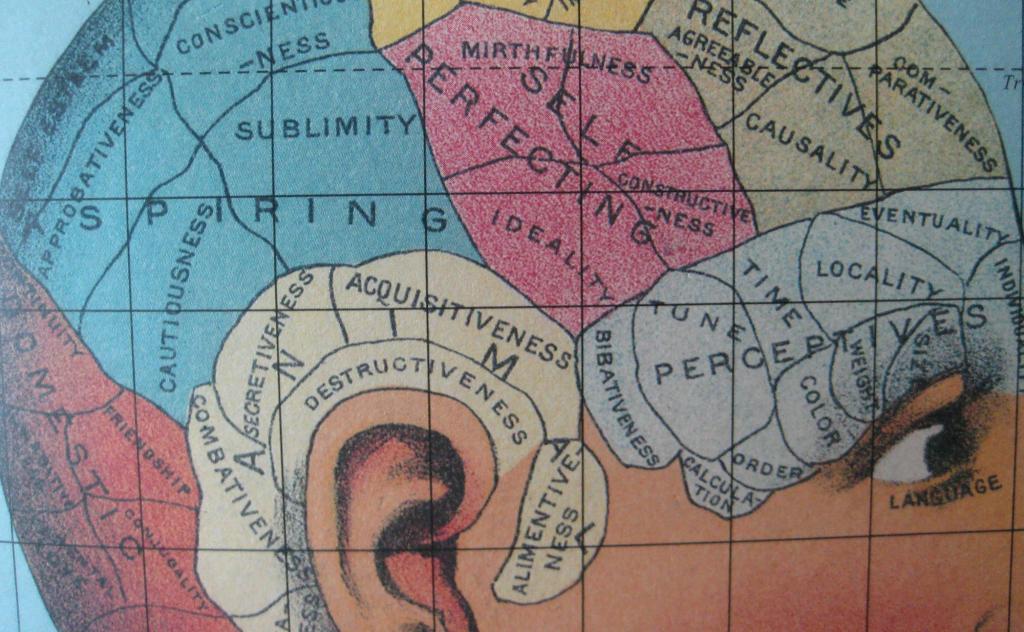 Somewhere in the mass of skills, there can be a career. Image: ‘Maps of the Imagination: the writer as cartographer’ by Peter Turchi

Among the joys of writing interviews for Screenhub are the stories about how people started in the sector. Each experience is unique but there is often a common ‘Aha!’ moment in which people sense a huge connection with a creative form. They can often look back and see how it shaped them from an early age as that passion continues for their whole careers.

Bill Armstrong, a commanding figure in early pop music, set up Armstrong Audio Visual, a key post house. Born in 1929, he left school to an assembly line building amplifiers for Beaufort bombers, and hung out in Acland Street in a basement dive called The Galleon. He was taken under the wing of American servicemen who taught him about jazz and modern rhythms, and the rest was Australian recording history.

Mary Stephen, a wonderful arthouse editor, was born in Hong Kong, moved to Montreal with her parents, and started a degree in mathematics. She quit and took to roaming around the Jesuit University which was conveniently next door to her parents’ house, until she heard intriguing noises and poked her head round a door to find a film class. She stayed until the management realised she wasn’t a student and the faculty had to insist she was enrolled. As we said in the article,

‘If I’d had to apply with a proper portfolio I probably would never gotten in,’ she admitted, still giggling after forty years.

But she also came from a family steeped in culture.

Her parents kept commerce firmly in the centre of their lives, and did not encourage their children in the arts. However, Mary gradually revealed their secret identities in casual asides. Her father shot kilometres of 8 and 16mm home movies, and they grew up with the cut films. Mary eventually inherited his Bolex and cutting block. Her mother wrote and published ‘poetry and stuff’ under a pseudonym. Her brother, a scientist, inspired her to read poetry. Her sister, too, is a fine writer.

‘If I’d had to apply with a proper portfolio I probably would never gotten in,’ Mary Stephen admitted, giggling after forty years.

Screen composer Nerida Tyson-Chew was studying piano at the Conservatorium High School in Sydney by the time she was eleven years old. She watched Bill Collins on the TV with her mother and fell in love with musicals. When she was fourteen she watched Psycho with her father who turned the sound off, so she could feel the flatness without music. From then on she was hooked.

She discovered that, ‘you could write music that would transport a person into a place where they weren’t even aware of their responses, and it was actually emotionally and psychologically manipulative. My path was single minded and laser focused. I went on and did a bachelor’s degree at university in composition, with honours, with the idea that I wanted to study abroad in film scoring’.

Fiona Murray built the financial control and payment systems for indie games publishing label Surprise Attack, which recently rebranded as Fellow Traveler. Before joining Fellow Traveler, she had been a medical secretary for several years.

An avid games player herself with a special interest in ‘roleplaying games like Final Fantasy that I could lose myself in for hours,’ Murray put her hand up to help with the spreadsheeting involved in the startup of Fellow Traveler. ‘I didn’t have much experience and I’d never even done a payroll,’ she admits, ‘but I figured out the basics and then the publishing label started up and things jumped up a notch. It became very fiddly and quite difficult because there was no point of reference, especially in Australia.’

Scott Bird is a highly respected production designer, who started in the Swinburne graphic design course when the campus also sheltered the first version of the VCA Film School.

‘I sort of decided in my third year that I didn’t really want to be designing chip packets and annual reports. So I went across to my friends in the film school.’ He designed student sets and never went back to two dimensions.

Common to all of these stories is their response to realising their futures. They almost invariably involve a risky step sideways, followed by an ability to fit into the bottom of their new careers. After that, they are known for their absolute determination, and the ability to take the whole craft forward. Don’t get between a bear and her cubs.

There is a huge exception to this. People who end up with the game-changing leadership roles in the marketplace seem to have no period of doubt. They have grown up understanding the power and mechanisms of money, whether they come from prosperous families which talk finance at the dinner table or simply lived in houses where trading was the way of the world. Either way, they built a vision from the start.

Emile Sherman began as a financier of independent films and realised he wanted to own a production company that worked around the world. He teamed up with London producer Iain Canning to create See-Saw Films, which blasted off with The King’s Speech.

‘What’s been great for me personally in our development over the last 12 years is to see how See-Saw is more than the sum of its parts. It has a real distinct identity which I didn’t envision which is made up of the inputs of all the great people we have worked with.’

Zareh Nalbandian is the co-founder and CEO of Animal Logic, which created and made the two Peter Rabbit films. He knew from day one that he wanted to build a company which had true production ownership of its films.

‘And that isn’t a real part of our culture and our industry in Australia, unfortunately. And to that extent we are one of the larger players. But I believe it is not because we employ five hundred people or because we are a big business. It is because we think big and we think strategically and we back ourselves in every way.’