Baz Luhrmann's Elvis took the number-one slot in Oz but the US release is poised between joy and disappointment.
David Tiley 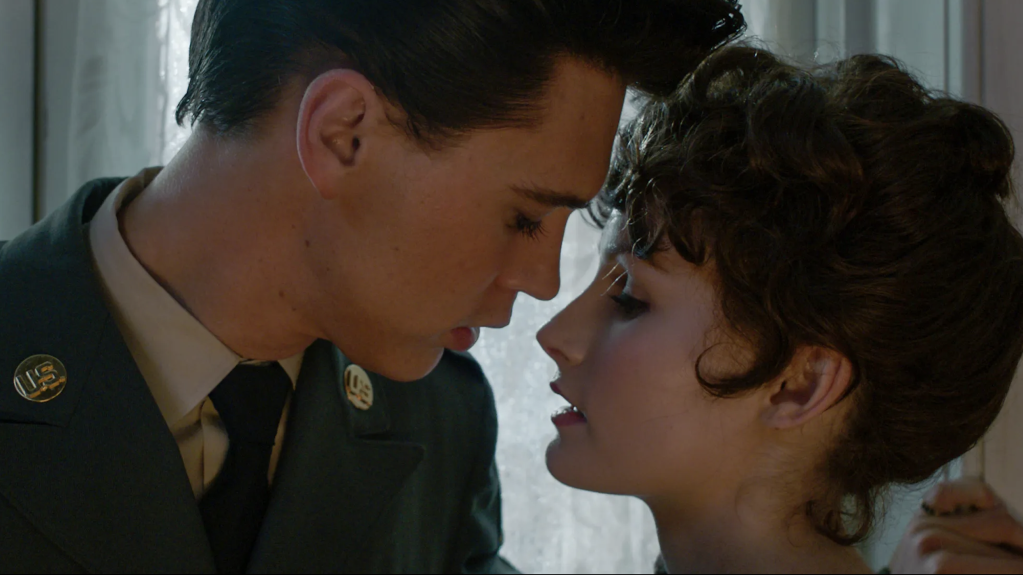 Warners would have been very nervous about Elvis. With mixed reviews, it opened last weekend on 546 screens in 307 theatres, which shows a heavy bias towards multiplexes and a slightly hesitant take-up by exhibitors. If this film can bring young audiences to Elvis, it will be a smash hit; if not, it could be just another music film by an eccentric director.

We could expect Elvis to do better in the United States, because it is an iconic story suffused in that culture’s dreams and archetypes. But films almost always do better here on a per capita basis than the US, and the rule holds true in this case.

Read: Catherine Martin on creating Elvis with Baz Luhrmann: ‘You need a bit of conflict’

Expressed in AU$, Elvis made $44m in North America, and $73m around the world. Estimates on the budget vary hugely, from $115m to $200m – my guess is that the cash budget from Warners is probably that $115m, with at least another $75m in marketing.

Read: Dr Strange in the Multiverse of Madness – ScreenHub review

Break even could be as high as $350m, so it needs to run for well over six weeks to reach that amount, taking into account the possible earnings from non-English speaking territories which are unpredictable. So far we know the UK has made $6.8m while the French have added $2.9m.

Luhrmann’s previous film, The Great Gatsby, made roughly the same on its first weekend here as Elvis. But the North American figures were radically different. Gatsby made almost twice as much as Elvis in its first weekend, once we correct for inflation. Gatsby ultimately made $445m, so Elvis is doomed if the trend continues and it makes only half the Gatsby haul. But punting on that would be like harnessing an invisible horse.

The other Australian films

How to Please a Woman was bumped off around 2/3 of its screens, so it is down to 43, presumably because it is not quite school holiday fare. It dropped to $36,000 this weekend, but has made $2.28m altogether, which producer Tanya Chambers sees as an excellent result and is beaming from ear to ear.

There will be a limited US release, they have overseas presales and the international market will be kind. All in all, we expect to see this film produce a profit for its investors.

Read: How to Please a Woman – ScreenHub review

The Drover’s Wife: The Legend of Molly Johnson, continues to hang in, basically halving screens and weekend figures to $51,000. But it has quietly reached $1.68m; and this is a film which could be taken up by the ABC to find a solid audience even if the license fee is low.

Top Gun: Maverick continues to dominate the box office, with $64.16m in five weeks. As Paramount is happily proclaiming, it is the fifth highest grossing film in Australia ever. This is the second film to join that hallowed list since the pandemic arrived, which indicates how thoroughly the blockbusters have recovered their appeal.

More interesting is the number of Australians who have seen the picture. These figures are hard to calculate, as prices vary from $12 to $45. Paramount tells us the figure has passed 3.4m, so 13% of the entire population has already seen Top Gun: Maverick.

The school holidays have barely begun.

Lightyear is at number five, and is stumbling with a mere $5m in 11 days as it lost a quarter of its screens and 55% of its weekend take. We don’t seem to want it, though the next two weeks of holidays could be helpful. The US numbers are currently saving it – $220m over two weekends and a week, not even in school holidays, is pretty good.

However, it had a true international release, so it will inevitably make money much faster than Elvis.

After Lightyear, number six on the Australian list falls off a cliff. Hindi family drama Jugjugg Jeeyo made $285k off 61 screens, followed by Everything Everywhere All at Once. We had hoped it would grow steadily, but we now have to accept this film is a serious disappointment in Australia with $5.7m in eleven weeks.

Internationally it has made a total of $128m so far, off a budget of $36m, and it is also streaming. So the true story of the film is that it has done very well, though it did not break out in the way its investors may have hoped.

In a way, weekend two of the winter school holidays is a tribute to the joys of the indy arthouse sector. With no new superhero films, discerning audiences will find an endearing quartet of tiny films which are very different to each other, but full of genre skill.

Ali and Alva arrives from the 2021 Cannes Directors Fortnight. Produced by BBC Film, it is written and directed by Clio Barnard, who responded to post-Thatcher Britain with The Arbor and The Selfish Giant.

This film too has substantial critical approval. According to The Guardian, ‘A pair of wonderfully winning performances from Claire Rushbrook and Adeel Akhtar lie at the heart of this unexpectedly warm and typically compelling drama from British writer-director Clio Barnard…. Ali & Ava is a vibrant work that uses the transcendent power of song to turn a streetwise tale into a diegetic musical, with genuinely surprising results.

Dashcam is a very low budget horror film, unwrapped first at Toronto’s Midnight Madness 2021, and produced by Jason Blum, who is responsible for Paranormal Activity, Insidious, Get Out, Happy Death Day, Upgrade, The Invisible Man and Freaky. He is possibly the most successful maven of this kind of franchise ever.

I know people who will swoon over Haute Couture, a French film set in the Dior Atelier about the relationship between a retiring head seamstress and her apprentice, recruited after a theft gone wrong… Writer/director Sylvie Ohayon is quoted as saying, ‘I wanted to film the seamstresses at work and to show that behind this splendor, there are normal people who create magic.’

From Korea, we also have the sequel to The Outlaws; conscript turned physics graduate turned actor turned director Lee Sang-yong reunites with ‘the beast cop’ Ma Dong-euk for The Roundup, in which the plug-ugly cop goes on a mission to Vietnam which Variety alleges is full of laughs and thrills.

What more can the inner city culture droog want?