Bowraville Murders: The gift of tears

Bowraville Murders is a searing documentary in which the families involved open their tormented hearts in a cry for justice.
David Tiley 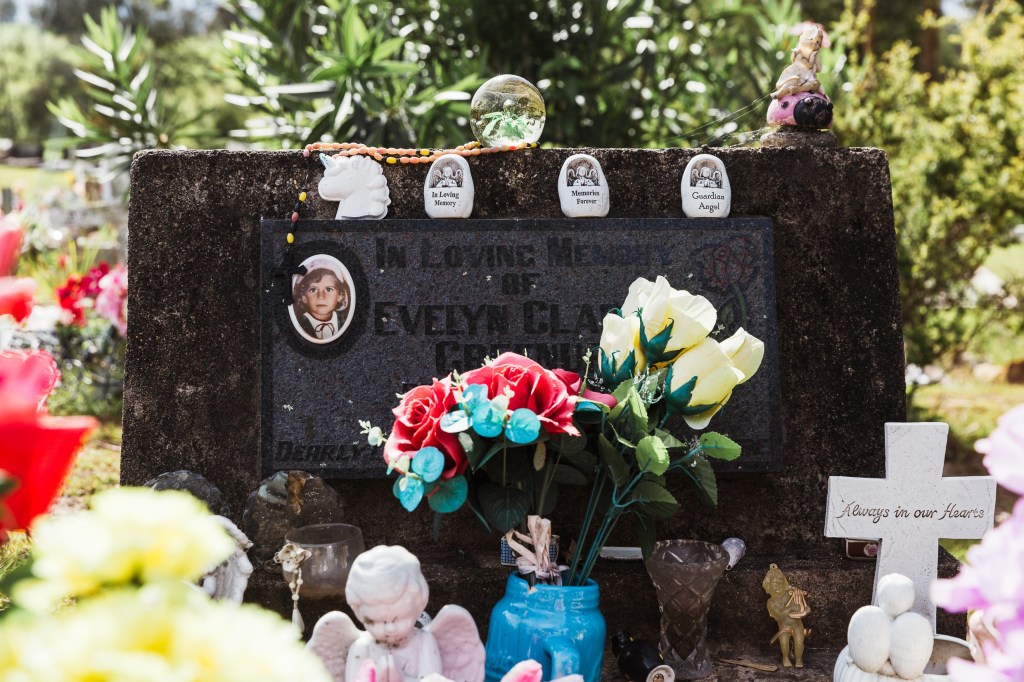 As we as a ‘nation’ grapple with our terrible past, Indigenous documentaries come like thunder with their stories of a shameful present. The latest is The Bowraville Murders.

When words fail us, documentaries shine, bringing the order of stories, fusing feelings and ideas, sharing the experiences we suppress, pinning us to the wall with unacceptable truths. We can grieve with the bereft and honour the dead.

Hardening our hearts is perhaps the sin that makes every other evil possible.

So much about this film is important we need to pick a thread and follow it. We spoke to Allan Clarke, the director and Muruwari/Gomeroi man who officially came into the project fairly late but was surely a natural choice, not to be fussed about.

This is a film about an Aboriginal community between the dump and the pig farm on the edge of NSW country town Bowraville, ostracised and degraded by centuries of ill-treatment. Their suffering is easy to see, their dignity concealed by apparent chaos.

Two teenagers and a child were murdered here over five months in 1991. Colleen Walker-Craig and Clinton Speedy-Duroux were sixteen. Four-year-old Evelyn Greenup was probably thrown against a wall in a moment of irritation by a White man the community had accepted as a friend.

I asked Allan Clarke if he grew up in similar circumstances.

‘Yes, I grew up in Bourke,’ he said, ‘as part of a large Aboriginal community. My family has been through a death in custody, which is unsolved. My family experienced the same type of racism in the judicial system within our systems of power.

‘It is not just my family or their families. Every Aboriginal family in Australia has experienced this. And so I grew up knowing that what they were telling me was the absolute truth.’

Allan Clarke came down from Bourke to do a BA Communications, Journalism at the University of Technology Sydney, supported by the Jumbunna Aboriginal Unit. He moved around SBS, the ABC and NITV developing his skills in print and video, and took up the unsolved case of Mark Haines, dumped on a trainline outside Tamworth.

He dug into it for six years, so deeply that he became part of the story, until it became a two-part Australian Story, Blood on the Tracks, and a six-part podcast and a book. He also made Cold Justice, a general series for SBS about unsolved Indigenous cold cases. Ultimately he retreated to France to recover from his own accumulating trauma.

Coming into the project

Clarke came into the Bowraville story after two Sydney teams, led by Stefan Moore and Dan Goldberg, had joined forces to develop the project together. They covered the legal story from 2016 onwards, walking with the families pushing and protesting as the arguments about whether the cases could be properly tried went all the way to the High Court.

It was not that difficult to accumulate a pile of archival footage, and empathetic coverage of street demonstrations, informed by Stefan Moore’s 2011 Four Corners report on the unfinished business and a podcast by crime reporter Dan Box. Somewhere in the mix was the heroic story of ace Homicide Squad detective Gary Jubelin, Greens MP David Shoebridge, and Dan Box who made sense of the legal details. In a way this professional talent was a distraction – the filmmakers and the families were firmly agreed that the story had to be told from their point of view.

‘We knew we needed a really good Indigenous director’, producer and writer Stefan Moore explained. ‘We reached out to Alan early on but he was busy with other projects. After we had finished following the families through the courts, which was a four-year process, he was able to come on.’

As Clarke remembers, ‘When he contacted me, he said, “I just think this is such an important part of history. I followed those families, we shot candidly with them, and I just felt it was important to get that footage but I don’t really know what to make of it.”’

How were they going to tell the historical story? How could they find substitutes for the narration which they all felt was inappropriate for this film?

‘I spoke with the families and asked what are some of the key things that you want to get across. So what you see comes out of a collaborative process. We could come up to the present with the footage shot over the last few years, in a way that let people know how it feels.’

That preliminary process was very extensive. When Clarke went back to do the interviews, he was armed with a careful list from Moore of the stories and beats he needed to cover. But the process was very spontaneous.

Open to the moment

‘I didn’t want to come in and dictate what kind of response I wanted from them – I wanted the process to be organic. They were at the right time and place, at the end of 30 years when they went to the highest courts in the country. I think they felt like it’s time to put this all out there, in a way that they hadn’t done before. And so that’s kind of the emotional parts of the film.

‘To reach that stage where they were reliving those moments of trauma, bonding really helps. It was very harrowing. You know we made sure that they were supported mentally as well. We had a former mental health worker who had worked with families before on hand. So there was a lot of support to the families and they opened up.

‘The audience enters this world that they very rarely get to see. They come into this Aboriginal community and they can see how racism really affects Indigenous people in the judicial system. On top of that, they also display unfiltered raw grief which a lot of news media would try and make palatable. I want to show the reality.

Cutting this film was a monumental effort. Stefan Moore called out the executive producers Adam Kaye and Susan Lambert for their creative engagement. Anna Cater was a co-producer and archival expert, Dan Goldberg was the other producer and writer. Stan Grant was the editorial and Indigenous consultant.

According to Stefan Moore, the editor Mark Middis was central to the imaginative growth of the film. They had so many problems to solve, which happened through intense discussions and kicking ideas around as they inched forward. ‘It was a collective effort,’ said Moore, ‘and a labour of love for all of us and that is what drove us forward. I think it was one of the best experiences I have ever had.’

I really noticed the use of a graphic slider at the bottom of the frame to tell us not just the changing dates, but how we were going back and forth in town. The idea to use Stan Grant to tell the wider story was excellent – but messy until they worked out how to present him as (apparently) in the Bowraville Cinema alone, watching the archive on a distant screen.

The narration problem was solved by using reporter Dan Box, detective Gary Jubelin and Stan Grant to drop in the vital beats from a historical and technical perspective. The result being that Allan Clarke never had to appear in person. For some of this, he was in France, so they were colluding digitally about the cut.

This picture is such a jumble of styles, but it still comes together. Above all else, there is a sense of cinematography about it, of formal calm and celebration of the people and the places which adds a certain gentleness to the communities’ long, long journey.

The finances for the film are still very difficult. The crowdfunding section in the credits has 1,300 names, many of them part of the Sydney documentary community. The Documentary Australia Foundation was crucial.

Covid has made a mess of the exhibition strategy. The Bowraville Murders is about to run at Cinefest Oz and will be released in the first week in September across some screens in Western and South Australia. For the rest of us, the film will have a short window on September 4 to be streamed across the country.

Information about screenings is on the film’s website, which also carries details of the virtual screening in NSW and Victoria at 7.30 on September 4.