Film Review: Firestarter: The Story of Bangarra is vivid and important

Firestarter: The story of Bangarra is about to be released in cinemas. Sarah Ward saw it as part of the Brisbane International Film Festival last October.
Sarah Ward 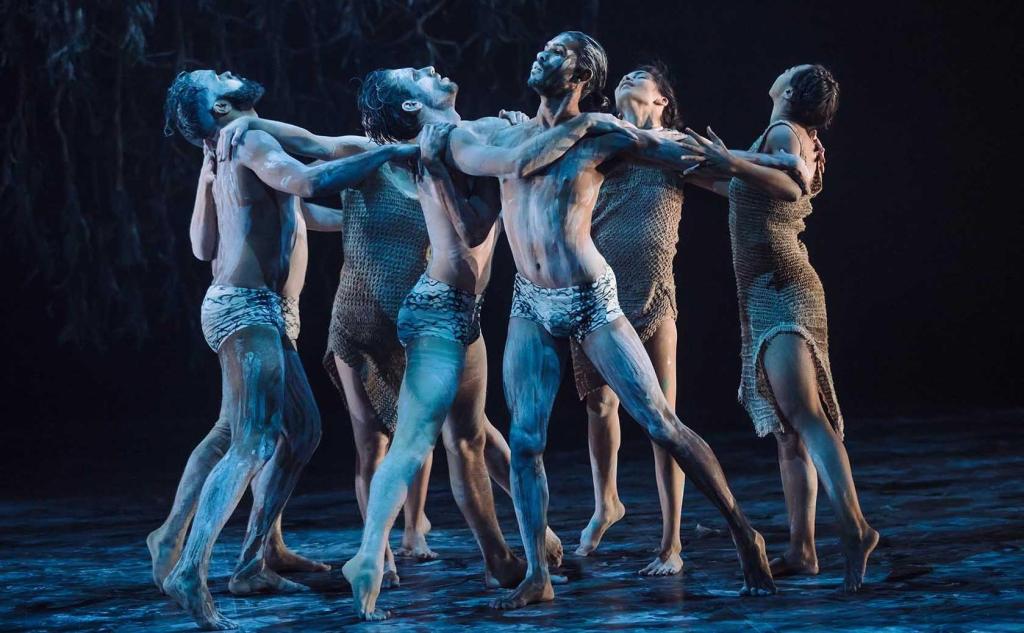 One of the most striking Australian cinema experiences of the past five years sprang from a first-time feature filmmaker, a work adapted from dance, and one of the country’s leading Aboriginal and Torres Strait Islander arts organisations. Of course, Spear was always going to stand out. No other local movie boasts such origins, with the 2015 film based on a portion of Bangarra Dance Theatre’s 2000 production Skin, helmed by its artistic director Stephen Page, scored by music director David Page, and featuring the company’s dancers. No other homegrown picture so enthrallingly deploys movement and dance to tell such a poignant and powerful story, either.

With that in mind, it’s little wonder that the Brisbane International Film Festival-premiering Firestarter: The Story of Bangarra splices clips from Spear into its opening moments. As co-directed by Wayne Blair (The Sapphires, Top End Wedding) and Nel Minchin (Matilda & Me, Making Muriel), this new documentary about Bangarra’s beginnings, mission and evolution over the last three decades instantly draws upon the organisation’s biggest cinematic achievement to-date. That decision isn’t simply an easy reminder of the acclaimed dance theatre’s achievements, however; Spear followed an Indigenous man trying to reconcile the traditional and the modern and, as Firestarter conveys, that same theme applies to the company’s entire existence.

When Bangarra was formed in 1989 out of the National Aboriginal Islander Skills Development Association and the Aboriginal Islander Dance Theatre, it emerged at a time of growing reflection about Australia’s colonial past, and as calls for action to change the nation’s future were increasing. The year prior, the country’s bicentennial celebrations saw more than 40,000 people march in protest through Sydney— and, from its founders and creatives to its dancers, Bangarra was eager to seize the moment in its on-stage works. Interviews, including with co-founders Carole Johnson and Cheryl Stone, set the scene clearly and evocatively. As deftly weaved through an array of talking heads and dance snippets, archival footage helps do the same. Indeed, Firestarter convincingly captures how and why Bangarra came to be, the world it was born into, the feeling at the time, and the importance of its quest to give Indigenous dance and dancers a bigger platform.

Documenting the dance company’s story in tandem with Australia’s recent past, Firestarter also touches upon Paul Keating’s 1992 Redfern Park speech and the 2000 Sydney Olympic Games opening ceremony. Bangarra performed at the former and, under Stephen Page’s direction, participated in the latter — after the Indigenous community contemplated a boycott, but was moved to support Aboriginal athletes such as Cathy Freeman. While highlighting these parallels is essential, contextualising Bangarra’s tale against the times and politics is only one of Firestarter’s two strands. Unsurprisingly given that their surname has become virtually synonymous with the company, the other charts the involvement of the Page siblings in Bangarra’s ascension.

The film might be named The Story of Bangarra, but it could’ve easily been called The Story of the Page Brothers, so instrumental are Stephen, David, and their youngest brother and dancer Russell to the company’s tale.

The film might be named The Story of Bangarra, but it could’ve easily been called The Story of the Page Brothers, so instrumental are Stephen, David, and their youngest brother and dancer Russell to the company’s tale. One by one, the trio left their weatherboard-clad childhood Mt Gravatt home in Brisbane for the Aboriginal Islander Dance Theatre and then Bangarra in Sydney — and it’s here that the documentary’s treasure trove of materials, spanning home videos of their father, mother and nine other siblings, plus glimpses behind the scenes as the brothers were starting their careers, is at its most potent. There’s no way in which Blair and Minchin could’ve surveyed Bangarra’s history without giving the Pages pride of place, but the personal angle strikes a particularly resonant chord. Showing is better than telling, after all, and witnessing the siblings’ journey speaks volumes.

Firestarter makes heavy use of discussions with the trio, too, so there is some telling involved. Even for those unaware of David and Russell’s fates, which are revealed gradually as part of the feature’s chronological approach, the fact that Stephen is the only one giving candid contemporary interviews won’t escape attention. Still, through both old and new footage, the Pages chat about their upbringing, the transformative experiencing of heading to Arnhem Land for the first time and learning traditional dance movements, and how they were given a chance to embrace their heritage that their father wasn’t afforded — with all of the above contributing to a chronicle of balancing Indigenous cultural history with contemporary reality. The film isn’t ever as clumsy as to suggest that Stephen Page and his brothers are Bangarra’s real-life versions of Spear’s protagonist, but the mirrored paths, including the struggles and weight involved, are evident.

Also apparent, not just through one family’s experiences but also in a coda featuring chats with current young Bangarra dancers, is how the company continues to make an impact. This was always going to be a celebratory film — championing Bangarra, the Pages, applauded works such as Ochres and Bennelong, and the company’s mission — but Firestarter ensures that its overt moments of praise count. The documentary could’ve dedicated far more of its running time to warm words from those inspired by its efforts. It could have enlisted a larger roster of prominent figures, joining Sydney Festival’s Wesley Enoch, Sydney Dance Company’s Graeme Murphy and art curator Hetti Perkins, to offer affection-laden insights as well. While there’s nothing out of the ordinary about the film’s overall structure or construction, Blair and Minchin smartly recognise that Bangarra’s story and importance is something that needs to be experienced rather than merely discussed. That’s true not only in its historical overview and personal tribute, but in the vivid, moving and engaging doco’s healthy smattering of performance clips — all of which should have viewers who haven’t experienced Bangarra’s work in-person clamouring to buy tickets.

FIRESTARTER: THE STORY OF BANGARRA

We have republished this review to coincide with the theatrical release of Firestarter:The story of Bangarra. It  premiered as Closing Night Film at the Brisbane International Film Festival: October 1-11, 2020.