Might versus right set in a picturesque fishing village populated by gentle and the not so gentle – a small tale of human viciousness.
Liza Dezfouli
[This is archived content and may not display in the originally intended format.] 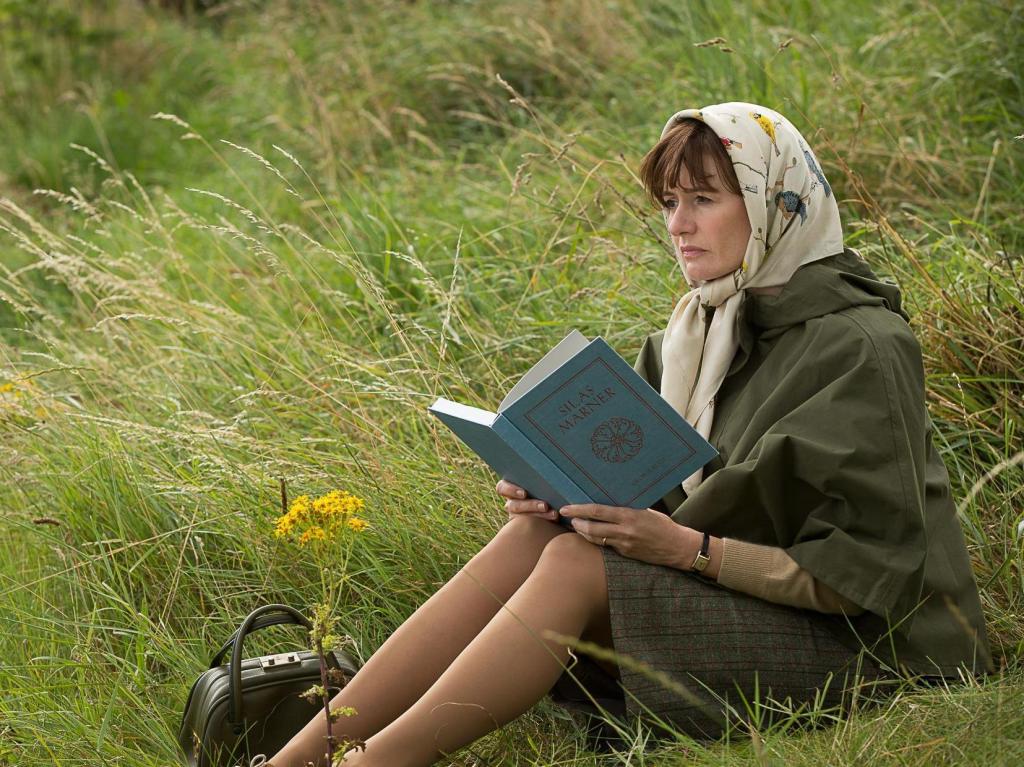 Emily Mortimer in The Bookshop.

Awarded three Goya awards, The Bookshop is a British, Spanish, German co-production, an adaptation by Catalan director Isabel Coixet of the novel by Penelope Fitzgerald. The plot points and turns are faithful to the book. In 1959 in the Suffolk village of Hardborough, Florence Green (Emily Mortimer), is still mourning the husband she lost to WWII and decides to open a bookshop in his memory, in a derelict building known as The Old House. Why anyone would object to this is hard to imagine but local matriarch Violet Gamond (Patricia Clarkson doing her patrician thing, a performance reminiscent of her ice-hearted character in House of Cards) is determined to bring Florence down. Violet has money and power and chooses to act.

The small fishing village is blessed with abundant scenic charm. The rhythms of the natural world suggest balm as Florence roams the surrounds, which are filmed with a sensual artist’s eye. Florence’s obvious honesty endear her to local recluse, Edmund Brundish (Bill Nighy in a turn of emotionally conflicted substance), who comes out of his solitude to request Florence send him books; these two characters, and the astute child Christine (young Honor Kneafsey with an impressive career ahead of her), turn out to be the only humans with integrity in this town. And you’re never quite sure of Christine.

Edmund stays mostly in the background until he is spurred to take a stand, a heroically dignified action which costs him dearly. His ghostly presence and the lost possibility of love is twinned thematically with the suggested presence of Florence’s dead husband; her lingering grief tinges the mood of the film. The bond between Florence and Edmund (and there are only two scenes where they in each other’s physical presence) is comparable in its deeply felt subtext to the sort of thing The Remains of the Day did so well. ‘These people made me what I am,’ Edmund tells Florence when she visits him for tea, referring to the backbiting culture of the village. But things must have changed, surely? So Florence thinks, unaware that her goodness and honesty is what is showing the villagers up.

The big themes are married to a gentle tale of the healing power of literature, and of nature. Florence does her best to impart her love of books to her young assistant, the precocious Christine but her passion for reading fails to impress the pragmatic locals. None of the narrative comes across as moralistic or heavy-handed, although when it comes to plotting, machinations and the pitting of morality against good and evil, The Bookshop gives us a portrayal of practically Shakespearean dimensions.

The narrator (Julie Christie) opens the story and appears at the end. The (I think) marvelous Frances Barber seems only to pop up in small supporting roles these days but dominates the scene whenever she does, here in an unsettlingly ambiguous turn as dressmaker Jessie, persuading the modest Florence that her dress is a ‘deep maroon’ colour rather than scarlet. The self-consciously dastardly/dashing/rakish Milo North (James Lance, doing what he was born to do) beguiles us so that you think there may yet be a good heart beneath the character’s performance of himself.

The film aims to recreate the experience of reading so in each scene you are given space to take in everything, to let the weight of the story and its events settle. You experience each scene discretely, as you would reading scenes in a novel. The style of filming forces the viewer to share Florence’s emotions on an intimate and psychologically resonant level. Mortimer’s transparent performance lets you know what her character is thinking and feeling, yet her outbursts come as a surprise. The cinematography and music beautifully support the movement of the story.

The Bookshop is a film about human malevolence, about power, about the terror of social alienation; and it is political by default with its critique of class structure. To start with the film looks like another sweet and bucolic The Guernsey Literary and Potato Pie Society type of thing but it’s much more than that sadly asinine and overly saccharine version of a funny book; The Bookshop stands out in its genre with a singular cinematic approach and convincing performances.

Based on the novel by Penelope Fitzgerald