Set in the House of Commons, This House is a fascinating examination of human behaviour in the struggle for power.
Liza Dezfouli
[This is archived content and may not display in the originally intended format.] 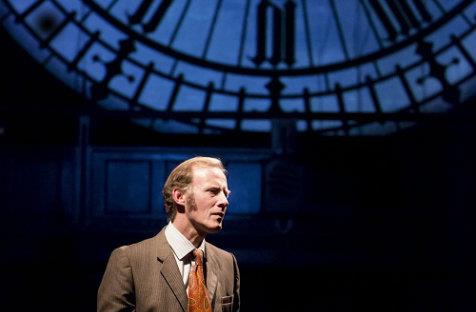 London’s National Theatre claims to bring the best British productions to the world via their televised plays – and so it does. This House is another offering of peerless theatre from The National, extraordinary in terms of concept, writing, staging and accessibility. And it’s vitally interesting.

Set in the years 1974 – 1979, and written, astonishingly, by a playwright who is only 30 (James Graham), the story focuses on how, ruling with a hung parliament, Great Britain’s Labour government managed to hang on to power for four and half years when at the outset they were given only four weeks. It was ‘Parliament on acid’, says Graham. The drama, or dramas (there are many) unfold from the perspective of the Whips (MP’s whose job it is to ‘whip’ dithering politicians into making an appearance to vote on legislation). Even if you’re not remotely politically-minded, this is a fabulously entertaining play, elegant and economical, and blessed with gifted stagecraft.

Essentially an artistic reworking of events of the time, This House focuses on the political machinations of the Whips for each side – a rare sighting of the underbelly of politics and how a system, any system, can be manipulated. Despite this, the various characters’ commitment and belief in what they’re doing comes across. The writer makes a point of not being partisan; This House is not a story about politics per se but how politics works.

The Olivier Theatre is transformed into the Palace of Westminster, the space dominated by the ‘most famous face in the world’ – that of Big Ben. The playwright says he discovered while researching that the clock stopped for a time during these years, which gave him the perfect ending for Act Two. The audience sit on either side of the stage, briefly becoming MP’s themselves.

The play is long, with an interval after 90 minutes, and, for my money, started to drag ever so slightly around the middle of the second half. At first the characters seem stereotypical but they unfold as the story progresses; remember too, that everyone was less sophisticated back then, more apt to define themselves with the trappings of class (always present in any political analysis of the UK) and that This House is, on the surface at least, a plot-driven rather than character-driven drama. However, you do come to care about these minor British politicians, as director Jeremy Herrin does an amazing job of allowing the play’s respective personalities to shine on a highly populated stage.

This filmed production is the second outing of This House; the first was staged in The National’s Cottesloe Theatre, with Philip Glenister playing the role of Labour Whip, Walter Harrison. Here we have Reece Drysdale charismatic in the role, opposed by Charles Edwards and Julian Wadham as his Tory counterparts. All the performances are exemplary, with real pleasures to be had from the idiosyncrasies of Matthew Pidgeon as Norman St-John Stevas, the member for Chelmsford, and Helena Lymbery as the Member for Coventry South West.

Although set in the House of Commons, This House is really an examination of human behaviour in the struggle for power, and as the playwright says, it could be set in any workplace. Power struggles always make for fascinating drama. Here the drama is accompanied by a selection of Bowie songs from the era played by a live band. A special treat is an interview during the interval with the real Ann Taylor (played by Lauren O’Neill) recalling her time as a Labour Whip.