More Than Words: What to watch for National Reconciliation Week 2021

Here's your chance to watch, remember, respect, and take action with some inspiring viewing options, from feature film 'My Name is Gulpilil' to a Virtual Indigenous Film Festival and fresh docs on NITV.
Rochelle Siemienowicz 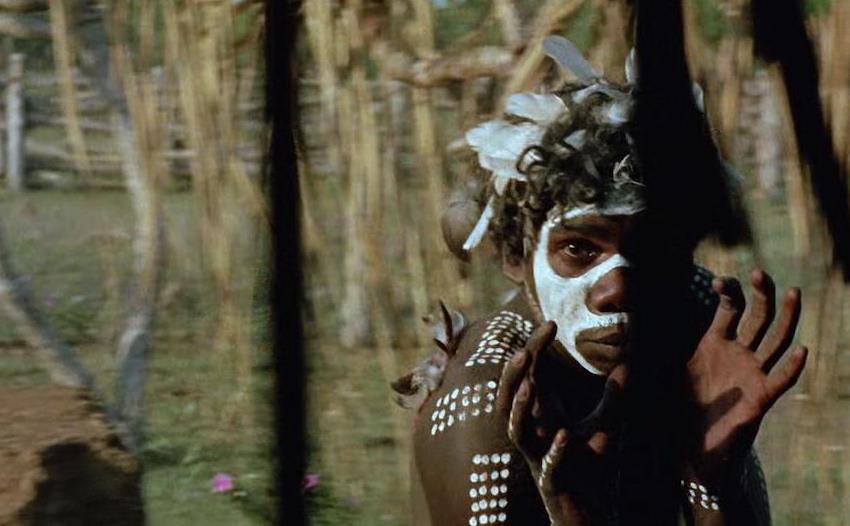 David Gulpilil in Walkabout (1971), courtesy of new documentary My Name is Gulipilil.

It’s always a good time to sample, celebrate and enjoy Indigenous stories on Australian screens. But during National Reconciliation Week there’s a special chance to self-educate and work towards privileging and amplifying First Nations’ voices.

National Reconciliation Week (NRW) takes place from 27th to 31st May 2021. These dates remain the same each year, and commemorate two significant milestones – the successful 1967 referendum, and the High Court Mabo decision respectively.

The theme for National Reconciliation Week 2021 is ‘More than a word. Reconciliation takes action‘ and so this year there is a real urge towards taking the reconciliation movement ‘towards braver and more impactful action’.

Think of these titles as doorways into the subject of reconciliation; as prompts or provocations; or merely as catching up with some of Australia’s unique and important screen content.

The Reconciliation Council has compiled a great list of practical Actions for Reconciliation in 2021. Watching movies and TV shows around the relevant stories and issues are just one of the suggested actions.

The hashtags to join in the conversation are #NRW2021 and #MoreThanAWord2021.

Read: Review: Firestarter: The Story of Bangarra is vivid and important

Below are just a few of the film and TV options available to mark this time. Think of them as doorways into the subject of reconciliation; as prompts or provocations; or merely as catching up with some of Australia’s unique and important screen content.

Releasing in cinemas this week is the documentary about our most important Indigenous actor and performer. The film places David Gulpilil centre stage as he remembers his long and prolific career, while considering his connection to Country and the end of his life. Gulpilil has always been mesmerising on screen, and he continues to be so.

Directed by Molly Reynolds, who produces alongside Rolf de Heer, Gulpilil and Peter Djigirr, this is an important tribute. As our reviewer Kalu Oji says, ‘With a narrative both drenched in tragedy and bouncing with life, My Name is Gulpilil is a documentary portrait of a man who changed Australian screen representation forever.’

AT THE VIRTUAL CINEMA

The third Edition of VIFF, the Virtual Indigenous Film Festival is being presented by Fanforce TV as a part of National Reconciliation Week from 27th to 31st May 2021.

There are five award-winning films, with each virtual screening followed by live Q&A panel discussions and audience participation via live chat. Each film explores a unique element of Indigenous culture, experience and story and aims to raise important discussions in relation to the 2021 Reconciliation Week theme of ‘More Than A Word’.

A lineup of guest speakers, filmmakers and expert panelists are involved throughout the week including Shona Reid (CEO at Reconciliation SA), Jaki Adams (Director Social Justice and Regional Engagement, Office of the CEO at The Fred Hollows Foundation), Ivan O’Mahoney (Firestarter producer), and John Maynard (The Skin Of Others). Actor, Musician and Waka Waka man James Williams will also be returning as the discussion moderator for the Virtual Q&As.

Tickets for the individual virtual screening events are $7.99USD with an All Access Festival Pass available for $19.99USD which is a pretty good price, especially if you need to see those hard-to-see shorts.

ON TELEVISION AT NITV & SBS ON DEMAND

The National Indigenous television station has a special selection of programming for Reconciliation Week, with a special emphasis on documentary. The lineup includes:

THE ULURU STATEMENT FROM THE HEART

If you’re still after something else to watch or listen to, check out the Uluru Statement from the Heart, which has just been recognised with the Sydney Peace Prize 2021, four years after it was first delivered to the Australian people by Professor Megan Davis, member of the Referendum Council, who read it out on the floor of the First Nations Convention in 2017. It’s simple, beautiful and very powerful.

Or you could check out this school kids’ tool uploaded by Blackfella Films.