Resilience and resourcefulness epitomise the class of 2020 and now all of Australia can freely enjoy their films.
Rochelle Siemienowicz 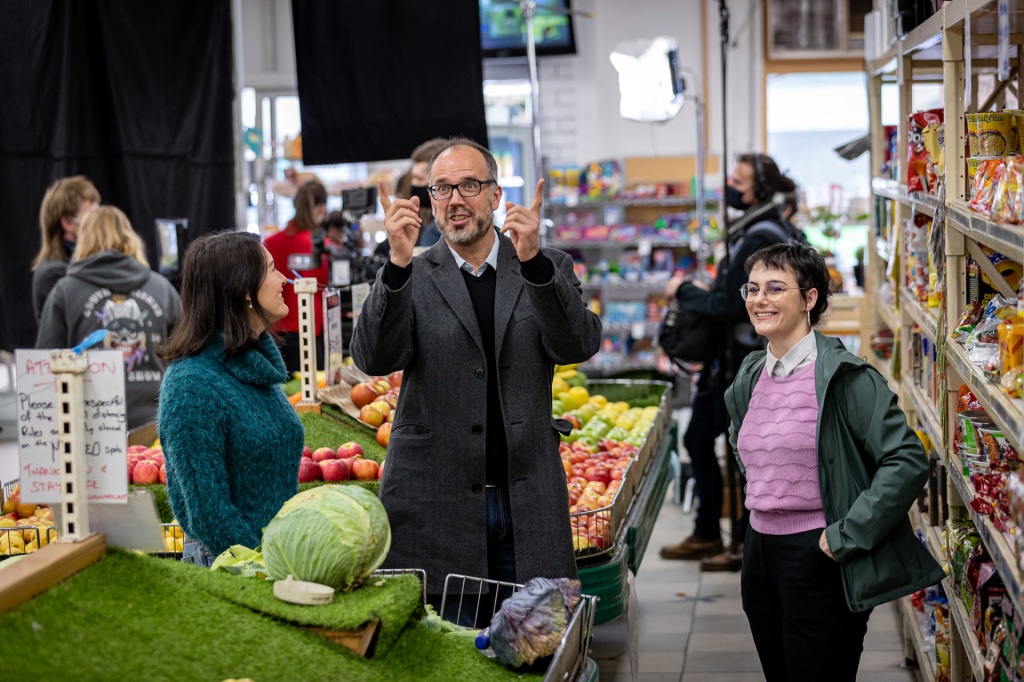 The short films made by graduating film and TV students of the Victorian College of the Arts (VCA) at the University of Melbourne are always a big deal. Usually screened live in December, the annual graduate showcase is a celebratory and entertaining event  – not just for cast and crew, family and friends, but for those in the screen industry keen to scope fresh talent and future stars.

After all, these films from Australia’s oldest and most selective film school frequently end up in prestigious international film festivals like Cannes, Berlin and Venice. Graduates of the VCA have even gone on to be nominated for, and win Academy Awards.

But now for the first time, viewers Australia-wide will be able to sample the 40+ graduating films from VCA’s class of 2020 online, which includes fiction, documentary and animation. The short films will be available free for two weeks from 27 September to 11 October on MIFFplay, the digital platform of the Melbourne International Film Festival (MIFF) as part of an ongoing partnership between MIFF and the University of Melbourne.

With Victoria’s many COVID lockdowns, the graduating class of 2020 had a hell of a time getting their final-year films shot and post-produced, with many only now being completed. Production had to take place during the brief gaps between Melbourne’s many lockdowns. Some students had their shoots cancelled and rescheduled three times, which drove them to their absolute limits.

Then there were the actual constraints of strict protocols around social distancing and filming during a pandemic. No kissing, lots of long shots, and a preference for outdoor locations. But according to Andrew O’Keefe, Head of Film and Television at the VCA, you wouldn’t know any of this from watching the films themselves.

‘I’m absolutely stunned at what these students have achieved,’ said O’Keefe to Screenhub. ‘Not only in terms of resilience and ingenious methodologies to accommodate COVID, but in terms of their diverse genres, ambitious storytelling, and the fact there’s hardly a face mask in sight. I was expecting all these very interior, claustrophobic films with the director starring in their own work, but that’s not been the case at all.’

‘I was expecting all these very interior, claustrophobic films with the director starring in their own work, but that’s not been the case at all.’

O’Keefe, a filmmaker and former VCA graduate himself, has been teaching there for 13 years. He was made Head of School at the start of 2021 after successfully managing the complexities of pandemic production during 2020. He credits former Head of School Sandra Sciberras for having the foresight to build on the existing MIFF partnership back in 2020 before she left, committing to two years of fully-online graduation screenings, a move that now seems extremely prescient.

‘Due to the online screenings, the industry-facing reach of these graduation films is going to be wider than ever before,’ says O’Keefe. ‘The films are keyworded by genre and subject. They can be watched at any time in that screening period – geoblocked for Australia to protect international festival opportunities – and the filmmakers themselves have profiles on  the university website.’

By the time students graduate from the VCA’s full-time three-year Bachelor of Fine Arts (Film & Television), they have each made six films, as well as working on many others with their classmates. A small intake of directing students each year – around 16 – means they are chosen with a view to developing distinctive and confident voices.

O’Keefe says this small and selective group, together with a strong focus on storytelling skill, is what makes the VCA’s course distinctive.

‘By the time you’ve made five short films and you get to the sixth, you have a pretty good handle on what you’re doing, and your vision gets large. Watch out, any lecturer that gets in the way of a graduation-level student, because they push creative boundaries and take creative risks, and that’s what we encourage! They’re ahead of the conversation around issues, and they’re not beholden to anyone. I’ve learnt so much from them myself over the years, and I know they learn as much from each other as they do from us.’

So what can we expect from these particular 40+ graduation films?

‘You can expect undiluted, unrestricted filmmaking voices,’ says O’Keefe. ‘All these films are unclassified – meaning they didn’t have to fit into a particular rating or government mandate. And as diverse as they are, they all fulfill a technical level befitting of Australia’s oldest film school.’

‘What you won’t find is depressing, exhausted filmmakers who have run out of ideas,’ says O’Keefe. ‘These are filmmakers who haven’t been ground down by the system. They don’t know any better yet – in a good way! And that makes for exciting work to watch.’

‘If you come to the MIFFplay platform you will discover new work that’s fun, funny, exciting, and thought-provoking. From a zombie shoot-out, to a sci-fi extravaganza, documentary, romance and some really introspective and intimate filmmaking.’

‘What you won’t find is depressing, exhausted filmmakers who have run out of ideas,’ says O’Keefe. ‘These are filmmakers who haven’t been ground down by the system. They don’t know any better yet – in a good way! And that makes for exciting work to watch.’

As for the employment prospects for graduates, O’Keefe says the exploding media landscape is hungry for skilled visual storytellers. Every week he fields email enquiries from people searching for talent from within the school.

‘If you have the knack of storytelling, and a strong folio of work like our students, as well as the strong network of fellow filmmakers you make during your time here, then you’re going to be highly employable.’

Watch more than 40 graduating short films by Victorian College of the Arts (VCA) Film and Television students on MIFFPlay, the digital platform of the Melbourne International Film Festival (MIFF), in a special out-of-season presentation, free to view for a two-week period from 27 September – 11 October 2021.

This year’s Sydney Film Festival is bigger than ever. We spoke to Festival Director Nashen Moodley to get his top…