Filmmaker and IFSS graduate Aimee-Lee Curran has been selected for a Director’s Attachment on Australian feature Strangerland.
Troy Nankervis
[This is archived content and may not display in the originally intended format.] 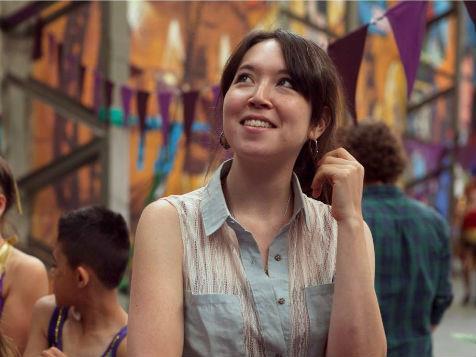 Strangerland Director Kim Farrant personally selected Curran as her attachment after interviewing many other hopefuls for the opportunity. The feature film, which stars Nicole Kidman, Hugo Weaving and Guy Pearce is to be produced by Naomi Wenck and Macdara Kelleher and follows the journey of a couple whose lives unravel after their two teenage children go missing in the Australian outback.

Curran will shadow Farrant for the complete duration of the shoot. Over the next three months Curran will assist throughout preproduction with everything from casting, character research, location recces, script readings and rehearsals.

During principle photography Curran will gain first hand experience and insight into what it takes to direct a feature film, and be present at meetings with key crew personnel including producers, production designers, the cinematographer and First AD.

‘The part I’m most looking forward to is the shoot itself which begins in March in Broken Hill,’ said Curran. ‘Being by Kim’s side as she directs actors like Nicole [Kidman], Hugo [Weaving] and Guy [Pearce] is not only going to be an incredible learning experience, but also a true privilege. It will be amazing to see how all four work together.’

Curran says that having a mentor as giving and experienced as Kim is a dream. ‘The script is totally enthralling and I’m proud to be involved in such a large-scale Australian production that will also make a mark internationally.’

Acting Head of IFSS Duncan Thompson is thrilled that Curran has been chosen for the attachment, which he believes is testament to the industry focused learning style embraced at the Sydney based school.  ‘Most production companies are finding are our students are incredibly resilient, flexible, focused and have lots of expertise,’ he said.

‘Because our whole ethos is about creating excellence, our students not only understand the craft, but [also] the profound artistry of what they’re doing. IFSS is the only film school, which actually articulates what cinema is.’

Thompson said that within six months of graduating, Curran has also been able to secure an ongoing position with Glen Mazzara, the show runner of American horror drama The Walking Dead. ‘He’s based out of Los Angeles, she’s in Sydney, and when the next show is up, she will probably be out there in Los Angeles working for him.’

Aimée-Lee Curran graduated from IFSS in 2012 after winning a two-year scholarship to the school based on her first short film, Awake. Her graduate film, Jump has played at film festivals around the world, including the Academy Award accredited Palm Springs International ShortFest, where the project won Best Film in 2013.