There's no shortage of passion in this fast-paced, far-ranging documentary's account of the global opposition to the Iraq war.
Sarah Ward
[This is archived content and may not display in the originally intended format.] 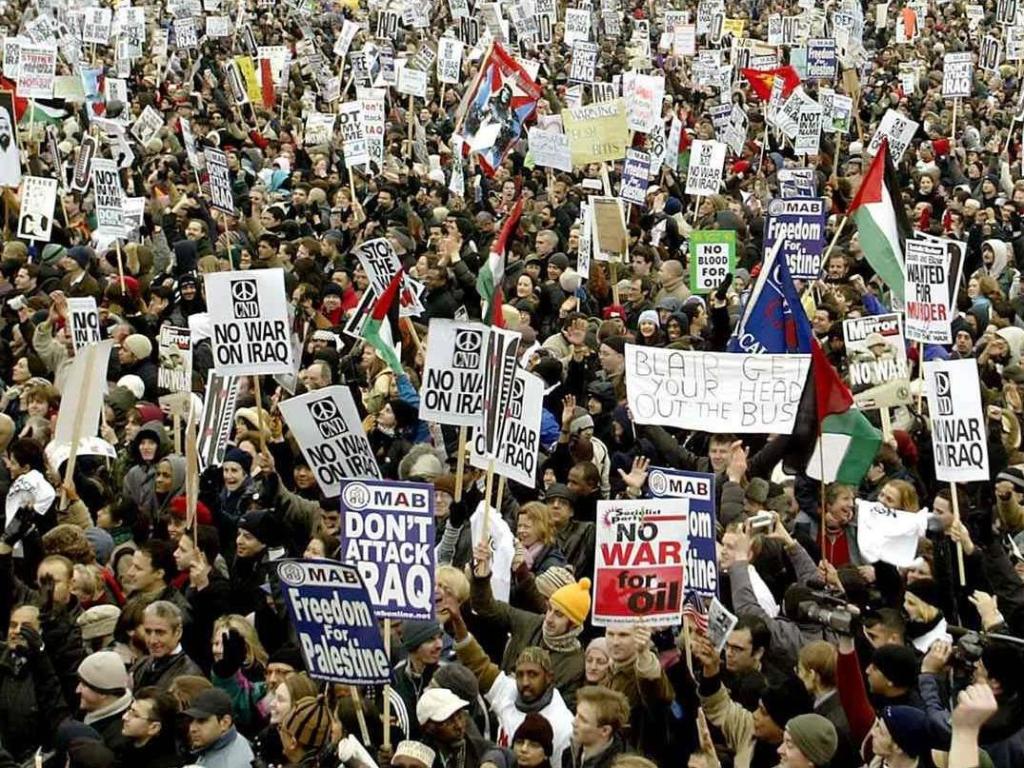 On February 15, 2003, the global populace endeavoured to have their opinion heard. Demonstrations were organised around the world to give voice to the vehement dissent to plans spearheaded by the US and the UK to take Iraq to war. Terrorism, as amplified by the events of September 11 two years prior, provided the justification for the nations’ respective leaders to make the call to arms, but their citizens showed — as they had until that point and would continue to do afterwards — that they weren’t on board. The outcome is a matter of record; however the opposition inspired its own records as well.

Though the decision to invade and occupy Iraq found its basis in claims about weapons of mass destruction and therefore ignored popular consensus, the show of strength and solidarity offered by the masses cannot be ignored. We Are Many charts the inspiration for such a widespread mobilisation — rippling through 789 cities in 72 countries, including attendances by more than one million people in London alone — as well as the impact and aftermath. On-the-ground archival footage illustrates the extent of the groundswell, with news clips and excerpts from speeches filling in the gaps. To put faces to thoughts and facts, the bulk of the film belongs to a vast cross-section of talking heads, both then and now, spanning former politicians, military veterans, protestors and well-known figures.

So it is that the likes of former UN weapons inspector Hans Blix, author John Le Carré, entrepreneur Richard Branson, musician Damon Albarn, filmmaker Ken Loach and actor Mark Rylance lend their reflections to flesh out the documentary’s account of a moment in history that still remains pivotal. While the general points they raise in their chorus of concern are never less than interesting, it’s the tiny titbits that linger: Brian Eno obtaining his own expert readings on official reports, staff stationed in Antarctica joining in and losing their jobs, and US soldiers coming home from combat and disavowing their government’s actions, for example.

As usually proves the case in such chronicles of a cause, there’s no shortage of passion in the fast-paced, far-ranging We Are Many, nor is there any uncertainty about where its loyalties reside. Writer/director Amir Amirani clearly boasts an ample amount of enthusiasm on his first film project, as its nine years in the making supports, as well as the heated tone he has adopted in the finished product. High-profile interviewees, experts and demonstrators alike speak assuredly and determinedly, whether recalling the hope prior to the Stop the War marches or the disappointment when their pleas were ignored. Thankfully, that feverish mood — driven by optimism at first, then anger, then swinging back again — doesn’t render the content overly excited instead informative.

Accordingly, while anyone with not-so-short memories will likely recall the events covered, the film acts as a thorough reminder as much as a primer for those not as acquainted with the details. More than that, though, We Are Many offers an illuminating overview of the consequences of that fateful day more than a decade ago — including the positive repercussions only now being seen, of such a widespread outpouring of opinion — that ultimately educates, fascinates and affirms the power of the public voice.