TV: Upright is a little beauty

Upright is such a developed and fully-formed work, writes Chris Boyd, it’s hard to believe it’s not an adaptation of a grand work.
Chris Boyd 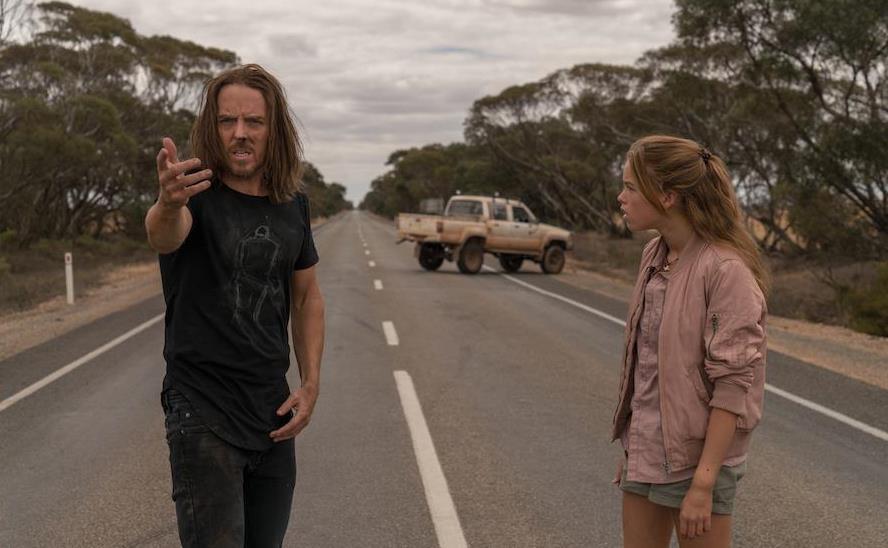 Crisis on an empty road, via Foxtel

“Mistakes are kinda my thing” Lucky (Tim Minchin) tells his brother’s wife Suzie (Ella Scott Lynch) in “Day 6” of Upright. It’s a flashback to marginally less unhappy times, before he fled the family home in Cottesloe, taking his late grandmother’s upright piano with him and leaving naught but wreckage behind.

Lucky and his brother Toby (Daniel Lapaine) are former bandmates. Former friends too. Apart from marrying Suzie, Toby has cut his hair, cleaned up his act and taken a high-powered job up north. “Some of us have to live in the real world, unfortunately” he says with a withering and patronising smirk before dismissing Lucky as “a washed-up cocktail pianist” in front of little bro’s brand new girlfriend Elise (Laura Brent). Happy days.

After eight years of exile on the east coast, Lucky is heading back home in an old Falcon, with the heirloom piano on a hired trailer. The boys’ mother Jen (Heather Mitchell) is dying of cancer; it’s time for Lucky to face the proverbial music.

A thousand clicks into the four thousand kilometre haul, Lucky encounters Meg (Milly Alcock) and the indestructible dual cab HiLux ute she’s toolling around in. His car is totalled and her forearm’s fractured, but they’re heading in more or less the same direction. So, with the piano safely transferred to the tray of Meg’s Toyota, Lucky drives them to the nearest hospital.

Meg’s a mouthy and street-smart force of nature, but she’s way too young to be behind the wheel – too young, even, to be without a guardian – so she signs in at Emergency as Lucky’s daughter. When he objects, she hisses: “You’re my dad or you’re a fucking paedo. Got it?” She stomps off after the doctor leaving Lucky mouthing the air like a surprised mullet. “Love you, dad!” she calls over her shoulder, all sweetness.

It’s hard to tell if Minchin is an absolute natural as an actor or if this role just gloves him perfectly. He sweats Tortured Artist through his pores, and he shows us the machinations of his innermost soul like one of those transparent Swatch wristwatches. Alcock is a perfect foil. Her acting is like music. It’s like the manifestation of an unseen score. Often, what she’s projecting is entirely – and deliberately – at odds with what she’s saying.

Meg is a brilliant creation. One moment, she’s picking fights which Lucky will have to extract her from, the next she’s stealing blank pages from prescription pads to keep him in pills. She taunts him mercilessly but trusts him absolutely. She’s like the kitten in Chuck Jones’s legendary ’50s Merrie Melodies cartoon about the big old bulldog Marc Antony, Feed the Kitty. Their relationship is delicious torture.

Created by The Chaser’s Chris Taylor, and developed for screen by Taylor, Minchin, Kate Mulvany and Leon Ford, Upright is a close to Great Australian Literature as TV gets. It’s ravishing and unvarnished, it’s full-to-bursting with nobility and ratbaggery, it shows the best and worst of us: hearty, blunt, helpful, cruel, forbearing, venal. Social and solitary. It will make you proud to call yourself Australian. Not in a tub-thumping or ostentatious way, but in a benign and self-accepting way. It’s feels like the product of a lifetime of affectionate but not uncritical observation. It’s more Patrick White – or Thea Astley – than Tim Winton.

Upright is remarkably developed and fully-formed work. It has the shape, momentum and integrity of purpose you’d expect from an adaptation of an existing work; of a grand work of literature.

Perhaps unsurprisingly, the angel is in the detail. The plotting superstructure is occasionally creaky… screamingly obvious at times. (Girl puts purse down in public toilet. Hello! She’s gonna leave that behind!) But the random details – the unexplained minutiae – are utterly utterly delightful. There’s a doll strung to the bull-bar of Meg’s ute like a figurehead on the prow of a ship. It has a rusty tin over its head like a Sid Nolan Ned Kelly. Moments earlier, in the same sequence, the camera pans past the antlers of a dead tree which has boots, runners and thongs attached like a sculpture at a Julia DeVille exhibition.

Miscommunications are a constant source of frustration and joy in the series, especially in Kate Mulvany’s mid-season episodes. Abandoned in the middle of the Eyre Highway, Lucky is picked up by Department of Transport and Infrastructure officer Danni (an exquisite cameo from the late, great Ningali Lawford-Wolf) who is tasked with replacing souvenired road signs and rescuing injured animals. She takes his presence – barefoot, wearing a pink unicorn tee-shirt and a repurposed wine cask bladder on his head – as entirely unexceptional. Later, we watch Meg trying to nut out lyrics in You Am I’s song Berlin Chair while she drives. “It’s eggs,” she shrieks. As in “I give all my eggs to you.” (I’m reasonably confident it’s aches dear reader.)

Music, of course, is integral to both the narrative and the production. Firstly, it is a means of expressing the inexpressible. Music is a generational link, too, drawing a clear line between Lucky’s jazz musician grandmother and Suzie’s precociously talented nine year-old daughter Billie. It’s also something of an obstacle between the rap-loving Meg and her alt.dad who entertains the Nullarbor nomads with songs by INXS and The Church from the back of the ute. For the first episodes, a pop hit over the closing credits is clobbered by a recent indie release: ELO by Briggs in the first, Sia by Baker Boy in the second. The first song to run the full length of the credits is A.B. Original’s Like-A-Version cover of Paul Kelly’s Dumb Things with its scintillating rap break-outs. (It interrupts itself!) Alice Skye’s 60% goes uninterrupted too. (Skye’s mob, the Wergaia, hail from Horsham.)

Upright has the emotional frontal-lobe-bypassing impact of music. But it also sports frisky, tongue-in-cheek, clever-Dick writing that is reminiscent of Phoebe Waller-Bridge scripts for the first season of Killing Eve. At the very least, Upright is one of the year’s best. But it may prove to be an iconic moment in Australian cultural history.