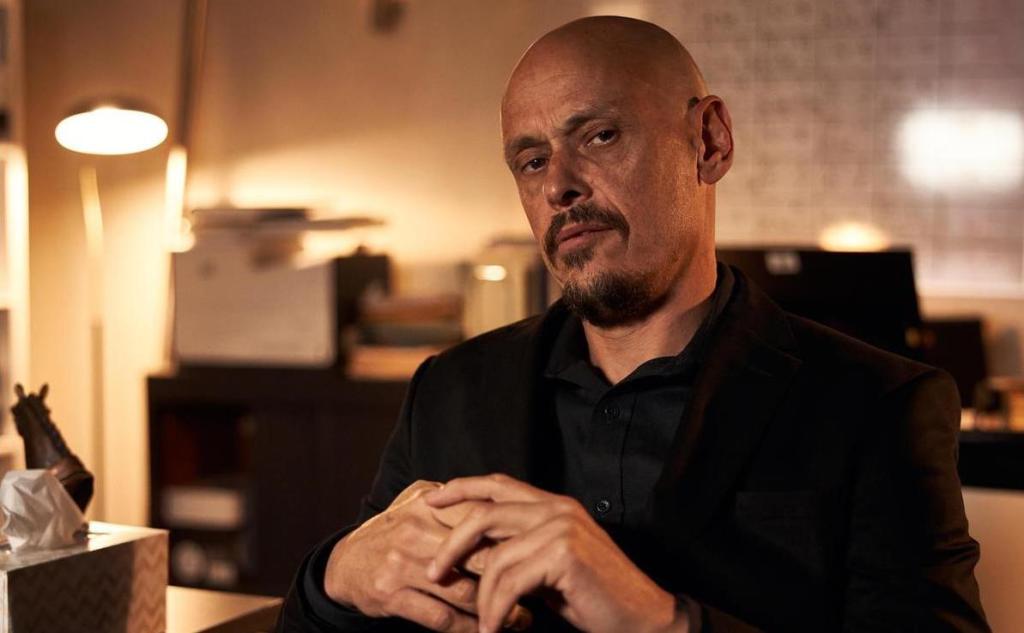 When Mr Inbetween comes to an end in a fortnight’s time on Foxtel, it will be the end of an era in Australian crime drama. For much of the 90s the genre’s focus had been on the cops over the crims in series like Phoenix, Janus, and the doc-drama Blue Murder. Then the combination of real-life standover man Chopper Read’s relentless self-promotion and Melbourne’s turn of the century gangland wars gave crooks their time in the spotlight: Chopper’s stories became a hit movie, while Melbourne’s murderous drug dealers were celebrated in Underbelly. In the middle of all this, writer-actor-director Scott Ryan released his low-budget crime film The Magician.

A mockumentary focused on wryly acerbic Melbourne hitman-for-hire Ray Shoesmith (a charismatic and compelling performance from Ryan), the 2005 release was a critical success, though it took close to a decade before Ryan and Nash Edgerton could get a planned television series up. Today Underbelly is a distant memory, the movies are back to cops solving crimes, and when Ray takes a bow, a much-loved (and highly successful) chapter in Australian drama will come to a close.

Straight-talking, with a dry sense of humour and a moral code based largely around respect (and not so much around not killing people for money), the focus on Shoesmith hasn’t so much changed across three seasons as sharpened. He’s still a criminal; this season opened with him going to prison, albeit briefly. The laid-back, very Australian comedy (which has won Ryan Logie and AACTA awards) still derives, in large part, from the contrast between silly idle conversations and life-and-death (for others) situations. What’s been pulled into focus is what drives Ray, and increasingly what drives him is rage.

In the criminal world, he gets things done and then some. Throughout the series there’s a constant theme of a murderer-for-hire dealing out brutal justice to the real scumbags, the child traffickers and drug pushers and con artists. But it’s in the flip side of this rigid code of honour – when on a suburban street some regular chump bumps into him and says ‘watch it’ instead of apologising – that the show’s real tension surfaces.

This anger is nothing new. The very first episode ended with Ray beating up on a couple of disrespectful losers, which saw him sent to semi-regular counselling sessions. These sessions were largely ways to explore his character – Ray clearly wouldn’t talk about himself unless forced to – but this season that’s fallen away. We know all we need to know about him now.

Across the three seasons the walls have slowly closed in. His personal relationships have crumbled; his girlfriend Ally (Brooke Satchwell) left midway through season 2 after he threw her brother through a plate glass window, and Ray killed his brother Bruce (Nicholas Cassim) after his motor neuron disease became too much to bear. Even Ray’s criminal horizons have shrunk, as his steady work as a bouncer-slash-fixer at the club run by Freddy (Damon Herriman) dried up – after Ray once again went berserk in a family setting.

Ray’s dad (Kenny Graham) recently came back into his life, only for Alzheimer’s to take him back out; a recent episode where a ‘good day’ allowed him to try to explain the damage war had done to him – and how he’d taken it out on his kids – was the kind of quietly devastating television most of our high-profile dramas rarely touch. It’s a series firmly embedded in the traditions of Australian crime; a recent episode had Ray and best mate Gary (Justin Rosniak) watching Chopper, where Graham played Chopper’s dad. But increasingly it’s reached a place most Australian crime dramas rarely explore: Ray is a criminal who’s starting to lose interest.

Read: Film Review: Fast & Furious 9 makes no sense, but so what?

His relationship with his young daughter Brittany (Chika Yasumura) sees him at his most honest and vulnerable, but he still threatens her (first ever) boyfriend and keeps a loaded gun in the house. It’s his connection to her that keeps him anchored in the world. As the end looms, Ray’s ultimate fate could go either way. He chose his path long ago and if he meets a bloody end after twenty-six (too few) episodes, there won’t be too many who mourn him. But his death would break his daughter’s heart. However the final episodes play out, that’s where the drama lies.