TV Review: Frayed S2 has lost none of its edge

Sarah Kendall's dramedy keeps the laughs coming, even after the bodies hit the floor.
Anthony Morris 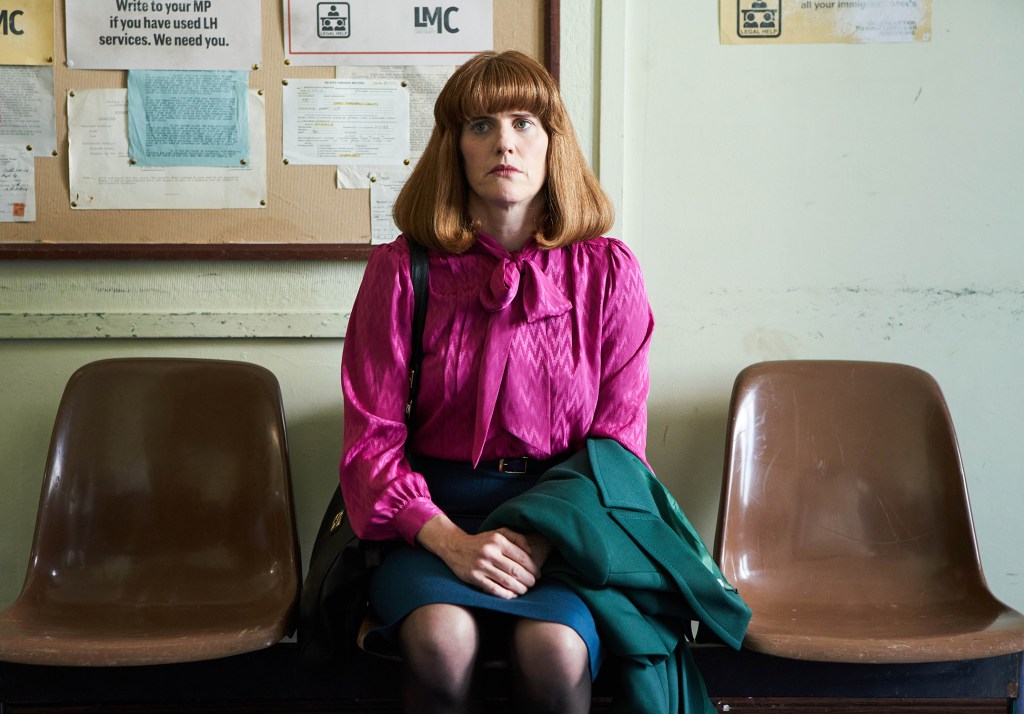 Australia’s track record with dramedies hasn’t been all that great these last few years. We can get the drama side working easily enough; it’s figuring out where the jokes should go that’s the problem. The first season of Frayed back in 2019 was a rare bright spot, a series where the story’s dramatic undercurrents didn’t stop the cast from delivering some quality one-liners. The first run ended with the series’ nastiest character getting a well-deserved bullet; can Frayed keep the laughs coming when the bodies hit the floor?

Since the ‘disappearance’ of Terry Harris, Sammy (series creator and writer Sarah Kendall) and her kids Lenny (Frazer Hadfield) and Tess (Maggie Ireland-Jones) have left Newcastle behind and returned to the drab grey streets of London. She learnt at the end of last season that her posh husband didn’t die broke, but her attempts to prove his lawyer Rufus (Robert Webb) looted his estate aren’t exactly paying off, in large part because they involve trying to take a crap in a potplant (it makes slightly more sense when you watch it).

As for the kids, Lenny is still freaking out after having pulled the trigger on Terry, Tess is entering a rebellious phase, and Sammy’s ‘career’ in Exhaust Management (she works at a muffler shop) isn’t paying the rent. Her dreams of somehow reclaiming her place in high society are in tatters; even the free Legal Aid lawyers won’t help. Something’s got to give, and the rats in her apartment aren’t going anywhere.

Clearly part of the reason why Sammy and the kids spend so long in London (they don’t return to Newcastle until later in the series) is that this is a co-production with the UK’s Sky TV. But it makes sense for her character too; when your son accidentally shoots someone, why would you hang around?

It’s also a reminder that this isn’t one of those warm and cosy shows where returning home as an adult means you’re… coming home. Newcastle circa 1989 is consistently shown as a bit of a dump; Sammy’s old high school classmates are either ex-cons or sleazy scam artists and her brother Jim (Ben Mingay) remains a loser.

this isn’t one of those warm and cosy shows where returning home as an adult means you’re… coming home.

A major part of why such plots (where a character is forced to return home because of one life failure or another) often feel tired is that there’s rarely a good reason for the characters to stick around once things get rough. Having Sammy and the kids actually get out of town when trouble hits is the kind of smart twist that keeps Frayed fresh – and any chance to see Robert Webb ham it up is always welcome.

Back in Newcastle, Detective Sergeant Darryn Fairbank (Hamish Michael) has been brought up from Melbourne to investigate Terry’s disappearance. He’s convinced it was suspicious; his bosses want to call it suicide. Now Fairbank has one week to prove it was murder – could having sex with Sammy’s bestie Fiona (Diane Morgan) be the way he cracks the case? Ok, probably not.

Otherwise, life goes on. Former PE teacher Dan (Matt Passmore) is finding his criminal past is something of a handicap when it comes to finding a new job, former bad girl Abby (Alexandra Jensen) is now excelling at school (thanks to flashbacks to her abusive father’s death), and local MP Chris (George Houvardas) has a scheme to bring gaming to Newcastle. What could possibly go wrong there?

In its second season Frayed has lost none of its comedic edge. Sammy remains self-centred, the core cast constantly teeter on the edge of parody, and there are plenty of laughs from the walk-ons (Abby’s guidance councillor is hilariously useless). Future episodes are more plot-focused as the twin threads of the murder investigation and Chris’ gambling plans take hold, but there’s always laughter to be found – even when it comes to disposing of a body.

Kendall is just one of a large and skilled ensemble (I haven’t even mentioned Kerry Armstrong as Sammy’s mum), but it’s her decision to give an actual comedic performance as the constantly flustered and desperate Sammy that holds Frayed together. She’s not above the dodgy antics of her peers, not is she a more typical bland audience identification figure. She gets in there and gets laughs; Australian dramedies could do with more like her.