The famous outlaws hardly get a single close-up in this fascinating study of the rangers brought out of retirement to track them down.
Adrian Martin
[This is archived content and may not display in the originally intended format.] 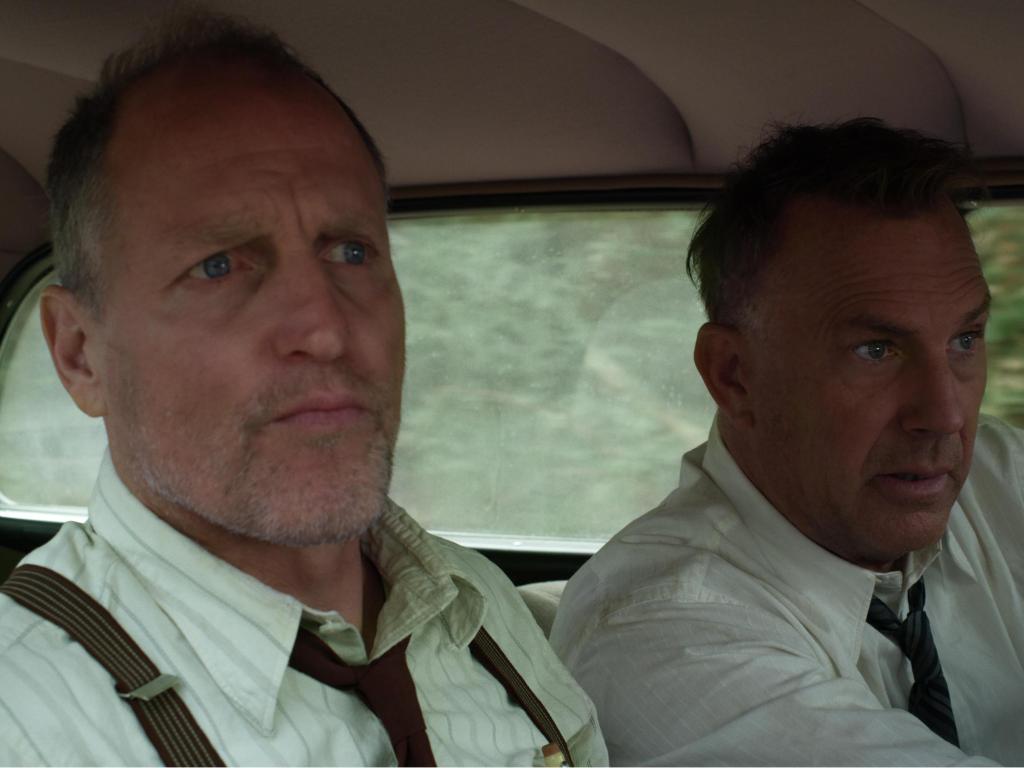 Image: Woody Harrelson and Kevin Costner are The Highwaymen. Courtesy of Netflix.

Of how he lived and died.

If you’re still in need

Of something to read,

Here’s the story of Bonnie and Clyde.

– Bonnie Parker, “The Story of Bonnie and Clyde”

Among the deservedly classic endings in screen history, that of Bonnie and Clyde (1967) ranks very high. Director Arthur Penn described it as a ballet of death, gruesome but strangely lyrical: the bodies of Bonnie Parker (Faye Dunaway) and Clyde Barrow (Warren Beatty) rising and falling in slow motion in the front seat of their car, as an endless hail of machine gun fire hit them. It was, as in real life, a well-timed police ambush, and Penn invested the scene with all the pathos he could muster. It was perfect for the film’s own historical moment of the 1960s: these rebellious, Robin Hood-type outlaws from the Depression era, who died young and stayed pretty …

The spectacle is brilliant and affecting – but there’s no doubt that Bonnie and Clyde “stacks the deck” in favour of its lawless heroes in a highly romanticised, even outrightly dishonest way. John Lee Hancock’s The Highwaymen, produced by Netflix, spins the same story (and its bloody ending) around, to tell it from an entirely different (and more or less true-to-life) angle. This time, the protagonists are two ageing guys, Frank Hamer (Kevin Costner) and Maney Gault (Woody Harrelson), former Texas Rangers coaxed out of retirement in a desperate, last-ditch attempt to nail down the elusive (and extraordinarily popular) bank-robbing pair. Early scenes detail the different types of monotony these men have respectively settled into, before the call to action comes: for Hamer, it’s a life of married privilege; for Gault, it’s the onset of a financial precarity and misery all too typical of the times.

The first remarkable thing about The Highwaymen is that Bonnie (Emily Brobst) and Clyde (Edward Bossert) don’t get a single close-up until almost the very end of the story. In fact, they never have a full scene entirely to themselves. We only ever glimpse them at a distance, or obliquely (along the barrel of a rifle, for instance) – and there’s nothing remotely glamorous about them. Hancock backs up Hamer’s own loudly professed view: that Bonnie and Clyde are merely cold-hearted, sociopathic punks, and phony heroes of the people.

Hancock, like his accomplished screenwriter John Fusco (Hidalgo, 2004), has a strong affinity for the more nostalgic genres of American cinema: Westerns and sports movies. Nostalgic in the sense that they celebrate the values of a supposedly lost, rugged USA – based on individualism, but allied to a firmly held code of ethical values that guarantee the survival of the community at large. We can suspect that this, too, is something of a romantic notion – an exact, mirroring inversion of the anarchic myth of Bonnie and Clyde. Nonetheless, The Highwaymen does a fine job of conjuring Hamer and Gault as the solid representatives of a simpler way of life – intuitive, unpretentious, quick-witted. Their “tracking” abilities – they find clues and evidence where nobody else can see them, for instance – in fact reminding me of David Gulpilil’s role in Rolf de Heer’s The Tracker (2002).

Hancock began his film career over two decades ago, writing the scripts of one of Clint Eastwood’s best films (A Perfect World, 1993, also staring Costner) and one of his worst (Midnight in the Garden of Good and Evil, 1997). There’s more than a touch of Eastwood’s relaxed storytelling style here; as in Clint’s latest, The Mule, the rhythm of The Highwaymen is geared to the mature age of its heroes, their slow-but-steady moves and their laconic sense of humour. Even better, the narrative is constructed on a series of artful repetitions, twisting lines of dialogue or bits of action on the second, decisive time they appear. (The twin scenes of a young “informer” outrunning Hamer in the public streets is a particular delight.)  Also like in The Mule, there is a strong feeling for the wide, open spaces of the American landscape as traversed by car.

Especially fascinating is the thread woven into the story concerning historically changing modes of media, surveillance and communication. In 1934, new-fangled detection methods, used by a younger, brasher crew, go up against the honed observational skills of the two older guys – at the start, Gault is flummoxed by a new word, “wiretaps”. Hamer is even more rigid: he refuses to pick up a telephone to ring his superior while on the road, and he hates the distracting noise of radio. Meanwhile, the unwarranted folk fame of Bonnie and Clyde spreads (as Penn had already underlined in his version) through newspaper coverage and movie newsreels. Yet this stark opposition between the old and the new gradually shifts: our highwaymen receive a vital clue as to the criminal couple’s whereabouts from the sole radio broadcast they tune into, and by the end Gault is himself cavalierly dropping the “wiretap” lingo – even if he still hasn’t a clue how the technology really works.

Yet another Clint Eastwood theme haunts The Highwaymen, and this provides its most complex and disturbing aspect. Costner (perfectly cast) superbly embodies the ambiguity inherent in the figure of the “righteous hero”. Like Eastwood’s character of William Munny in Unforgiven (1992), Hamer – even with the forces of morality and decency undoubtedly behind him – enjoys his sometimes brutal law enforcement procedures just a little too much. And his final act of killing, however justified, is still an act of killing – no matter how you slice it. The grey cloud of melancholia that seems to constantly hang over Hamer indicates that, at some half-buried level of his consciousness, he is quite aware of this moral paradox.

Throughout The Highwaymen, there are allusions to a previous historic attack led by Hamer in a part of Texas named Candelaria, where over 50 Mexican bandits were killed (the details are beefed up from the actual incident). When, on the night before the ambush, Gault finally gets to retell this story in full (with Harrelson making the most of the soliloquy opportunity), its chilling cap-off is the shouted police command in Spanish: manos arriba, or hands up. And Gault has the opportunity to repeat this line the following day, over the corpses of Bonnie and Clyde. It’s a neat, fitting gesture of dramatic closure, but it also allows the essential ambiguities of the film to echo beyond its closing credits. 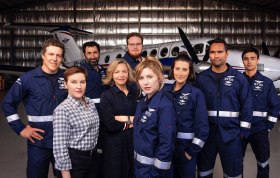 At the Melbourne version of Series Mania, a key European expert discussed Australia's current impact on the international market.