This is one finessed frightfest that audiences won’t want to be easily rid of.
Sarah Ward
[This is archived content and may not display in the originally intended format.] 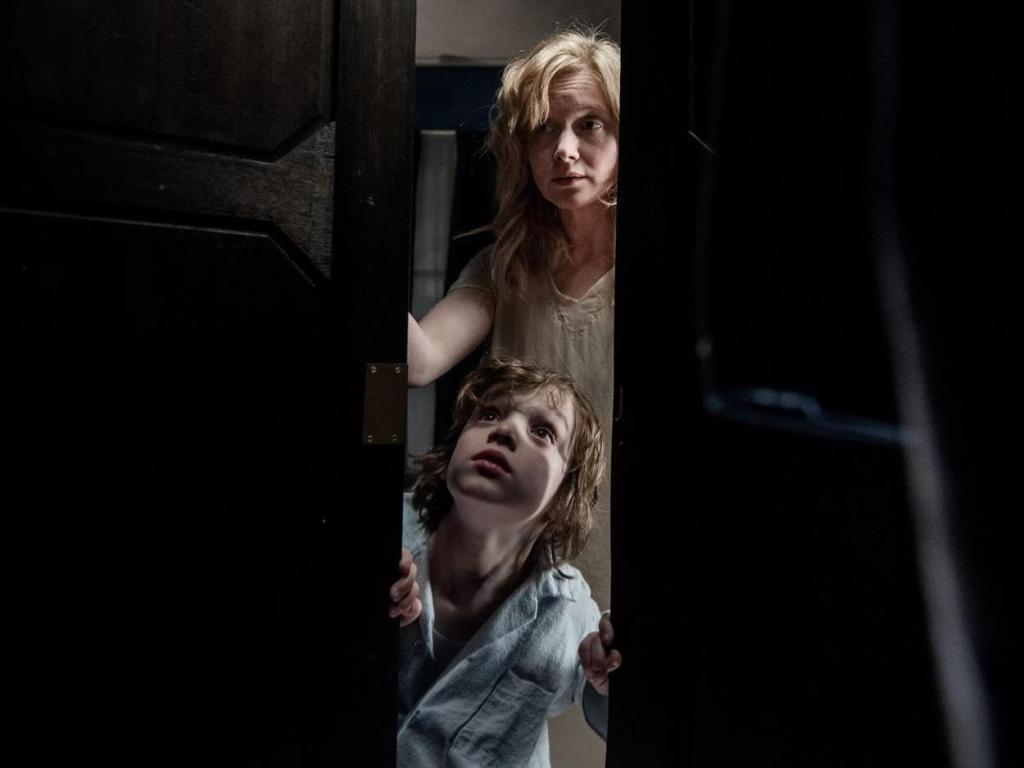 The house isn’t quite haunted, and there’s not really a monster under the bed; instead, there’s The Babadook. He arrives in a children’s book that appears in Samuel’s (debutant Noah Wiseman) bedroom, feeding the six-year-old’s overexcited imagination. When Samuel’s frazzled mother, Amelia (Essie Davis, Burning Man), reads the tale to him at bedtime, first the pop-up pictures of a mysterious figure prove charming, but soon the creepy creature takes a turn towards the sinister.

The Babadook marks the first feature from writer/director Jennifer Kent following her 2005 short Monster, the latter the obvious training ground for the former. Both are steeped in the fears of inventive young minds, and stretched by the struggles of a single parent to cope with increasingly challenging circumstances. A plethora of supernatural tricks are at play as mother and son try to understand their predicament: creaking floors, opening doors, unattended knocks and sudden scratching among them; however this is a thriller that grounds its ample genre antics in the touching as well as the terrifying.

Perhaps the greatest success of Kent’s scary effort is in the context that informs the story, not just one of raising a child alone, but of struggling with grief forever linked to the offspring in question. Amelia was once a writer, but that possible future was claimed – as well as her husband – in a car accident on the way to the hospital to give birth. Despite Samuel’s anarchic energy, their days are tainted by their loss, and their lives are forever in the shadow of a glaring absence. The incursion of their version of the boogeyman is yet another cross to bear, but it also breaks the monotony of their misery.

Where the film is heading is no surprise at all, the Babadook transcending his printed confines to stalk the already troubled duo, yet the following of a foreseeable path is not as a result of its devotion to horror formula. Instead, as the pages of the central book are turned, the entire narrative is laid out ostensibly from the outset. Smartly, Kent not only has the audacity to follow through as expected, but she does so with a keen sense of exactly what should scare in her story, imbuing significant levels of suspense and earning every ounce of tension through her mastery of the cinematic form.

Using every tool in its arsenal, The Babadook is a stylistic joy that remains cognisant of what is seen and heard as well as what is being told, as conveyed in inky tones and echoing sounds. Polish cinematographer Radoslaw Ladczuk (Women’s Day) finds the right level of gloom in the largely single-setting imagery, with editor Simon Njoo’s (The Painted Veil) handling of timing calculated to unnerve and unsettle. An atmospheric score by Jed Kurzel (Snowtown), both delightfully dulcet in teasing refrains, and hauntingly dark in the most frightening segments, ties it all together. Flourishes are evident, but restraint reigns.

In Davis and Wiseman, one a veteran and the other a first-timer, the film is gifted with gravitas and vigour, in portrayals that do more than just fuel fear. Thanks to a script that puts character relationships first and respects the need for authentic emotion, their interplay ensures every bump and jump gets a deserved reaction beyond the obvious physical shocks. Their fleshed-out forms sit in stark contrast to their antagonist, but The Babadook itself is no flimsy foe. It is almost playfully ghoulish in appearance and behaviour, even more so due to the stellar renderings of its human prey – but the actors, not the effects, always steal the show.

With a contemplative basis, carefully crafted aesthetics and naturalistic performances, The Babadook does all that a horror film should, and perhaps more than most debut efforts dare to dream. Prepare to be chilled and thrilled, but prepare to think about the aftermath of catastrophic personal events and to feel for the plight of single parents and lonely children, too. This is one finessed frightfest that audiences won’t want to be easily rid of.