The latest Bond film successfully blends old and new elements of the franchise together into a thrilling and satisfying whole.
Sarah Ward
[This is archived content and may not display in the originally intended format.] 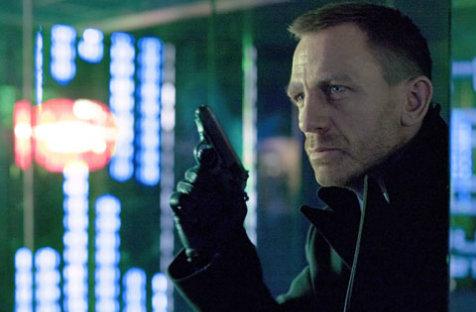 Bond is back, and in form. Skyfall marks the charismatic character’s 50th year on cinema screens, and his 23rd movie outing. It also sees the quintessentially British spy’s welcome return to the height of his game.

In Daniel Craig’s third outing in the role following the outstanding Casino Royale and not-so-impressive Quantum of Solace, a sense of homecoming is evident – literally, in the film’s final act. The lengthy screenplay also successfully embraces both old and new elements of the franchise, as evidenced by and due to the involvement of veteran series writers Neal Purvis and Robert Wade (Die Another Day, The World Is Not Enough) alongside franchise newcomer John Logan (Hugo).

Under the guidance of director Sam Mendes (Away We Go), Skyfall’s stylish amalgam of nostalgia and new beginnings is evident in almost every aspect of the film. From the central storyline of an almost-broken Bond re-emerging from the shadows to save his career and country, to the striking style of the film’s familiar yet reinvented action scenes, the film’s blending of franchise elements past and present results in a recognisable but revitalised whole.

Familiar elements include a central game of cat and mouse between Bond and enigmatic adversary, Raoul Silva (Javier Bardem, Biutiful). Cleverly organised and carefully orchestrated attacks against MI6 cripple British intelligence operations and publicly sully the reputation of leader, M (Judi Dench, The Best Exotic Marigold Hotel) just as a new overseer (Ralph Fiennes, Great Expectations) steps in. Only Bond can solve the riddle, with help and hindrance from a plethora of potential allies (Naomie Harris, The First Grader), adversaries, and others (including Bérénice Marlohe, Happiness Never Comes Alone).

Mendes excels with the film’s fresher elements, evident from the sweeping, explosive opening. Although evidence of padding and product placement infiltrates early, the first-time Bond director certainly gives audiences what they want – a resourceful hero, an interesting opponent, witty interplay between them and a cavalcade of carnage in their wake, including a series of stunning action set-pieces. Cars and helicopters race, gadgets assist, and ladies prove both pretty and perilous. Wrapped up in the perfectly-lit cinematography of Roger Deakins (True Grit), and switching between tense long takes and short, frantic sequences, the end result is not just thrilling, but fantastically entertaining.

After the maudlin mood of the previous effort, Skyfall also inserts an element of humour in the mix, which sits well with the overall tone of the film despite the lead character’s existential crisis. Craig handles the transition with aplomb, assisted by a more than capable supporting cast – Ben Whishaw (The Tempest) as Q among them. However, the film really belongs to Bardem, as the memorable bad guy, and to its celebration of the history and future of Bond as both protagonist and brand. Make no mistake; 007 is very definitely back, in a feature worthy of its place in the franchise’s canon.