Show Me the Magic

Cathy Henkel’s engaging and fluent new film documents the life and career of acclaimed Australian cinematographer Don McAlpine.
John Carozza
[This is archived content and may not display in the originally intended format.] 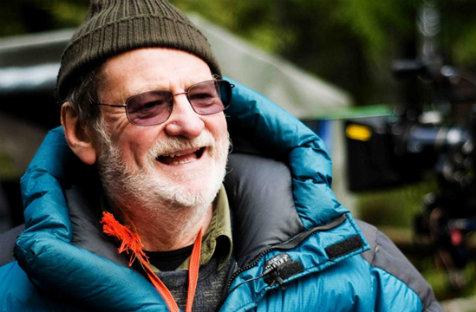 The latest film from award-winning director Cathy Henkel (The Burning Season, 2008), Show Me the Magic documents the story of legendary Australian cinematographer, Don McAlpine. It had its world premier at the Brisbane International Film Festival on Thursday 22 November, before a crowd of fans and the man himself.

With a career spanning over 50 films, McAlpine has a remarkable list of credits, from iconic Australian features such as Breaker Morant and My Brilliant Career, through to Hollywood blockbusters, Predator and Patriot Games. At 78, Don McAlpine is still in demand, and recently finished filming Gavin Hood’s Elder’s Game.

Show Me the Magic is more than just the story of a former country schoolteacher from a small Australian town who finds himself in the midst of Hollywood heavyweights. It is in fact a document that shines a light on the Australian film industry over the past 50 years, via a study of one of its brightest lights. Through McAlpine’s lens and the consequential archival footage that has become a library of his past assignments, significant slices of Australian history are assembled for our study.

The most amazing, and arguably the most significant images in the film, are the grainy, black and white underwater shots of Prime Minister Harold Holt spear fishing, taken in the location where he would disappear a week later. McAlpine’s passion for underwater photography appears to have been very useful throughout his career, resurfacing (sorry!) at various times to test his ingenuity and pragmatism. This is reinforced through gorgeous home movies of McAlpine and his young family swimming, shot through a homemade Perspex box. This sense of his creative problem solving ability is reiterated by colleagues and directors who speak of him with personal warmth and professional admiration. Baz Luhrmann explains how McAlpine solved the problem of getting a clear underwater kiss in Romeo and Juliet (1996), through a similar solution to his Perspex underwater home movie box.

As much as it is about Don McAlpine the artist, Henkel’s film is about Don McAlpine the man, with many insights provided by his wife, Jeannette. She re-tells the story of their first meeting at Teachers’ College, and how his outgoing personality contrasted but complemented her innate shyness. She recalls her husband’s announcement that he was going to be a cameraman in Sydney and how from that moment their lives became an amazing cinematic odyssey. Jeannette McAlpine represents the core of the life of an artist’s partner.

The vision of Don and Jeannette McAlpine on their outback jaunts, traveling the country roads to escape film making and reconnect with each other, are blended with the telling statement that she can use ‘any microwave in any language around the world’.

It is testimony to Henkel’s skill as a director that she has made such an engaging and fluent film from such a large amount of archival footage and photos, together with the new footage she has gathered. Through contact with McAlpine and unprecedented access to Hollywood stars and sets, Henkel was able to garner first hand opinions from the big names of the industry. Henkel put Wolverine at ease enough on set of his most recent film to have a chat! Her camera never seems invasive, but true to her skill as a documentary maker, her lens becomes a portal to McAlpine, his work and his life.

Cathy Henkel’s Show Me the Magic is the story of how fate had an amazing path ready for a young man and his partner; a couple who were certainly not idle passengers along for the ride. This is not just a film for lovers of Australian cinema history; it’s a template on how to embrace life’s rich tapestry.

Show Me the Magic

John Carozza is a teacher and artist based in Brisbane. He is presently working at the QLD Academy for Creative Industries where he has developed the (award winning) Film Studies Program for the international Baccalaureate. He has over 20 years of teaching experience, as well as being commissioned to develop units of study and lead workshops in digital pedagogy and visual literacy in schools around Queensland and internationally. John teaches into the QUT film courses, lecturing in his specialist area of de-construction in World and Australia cinema where he has been invited to speak on various films.