Review: The Beehive, at UNSW Galleries

The Beehive is more than a story about a missing socialite, it's a fresh take on the documentary genre that scratches the raw sore of gentrification, corruption and violence in our society.
Gina Fairley
[This is archived content and may not display in the originally intended format.] 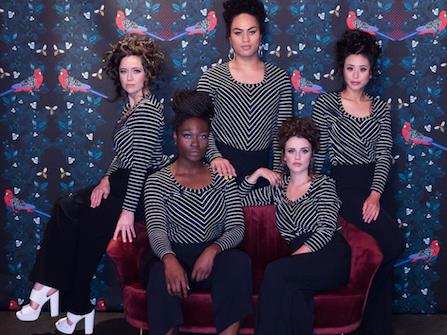 Imagine a documentary that changes its take on the story every 30-minutes. Can that still be considered a documentary, a true account? While artist Zanny Begg has disrupted that conventional genre with her film The Beehive – an account of the disappearance of Sydney anti-development campaigner and street-press publisher Juanita Nielsen – it still has the kind of “talking head” delivery that we would expect, deeply researched and richly nuanced in its account of history.

The Beehive was produced by Philippa Bateman and debuted in Melbourne last year – the inaugural Artbank and the Australian Centre for the Moving Image (AMIC) commission – and has opened this week at UNSW Galleries as part of Sydney Festival programming.

What the Sydney venue offers in contrast is proximity, literally just a short walk to the site of the former Carousel Cabaret night club in Kings Cross where Nielson went missing some 40 years ago.

Despite her private school education, and heir to the Mark Foy’s department store fortune, Nielsen chose to live in the “sketchy” inner suburb in the 1970s, becoming a grassroots campaigner against the development of Victoria Street – its elegant terrace houses to be razed for vast apartment developments. Sound familiar? 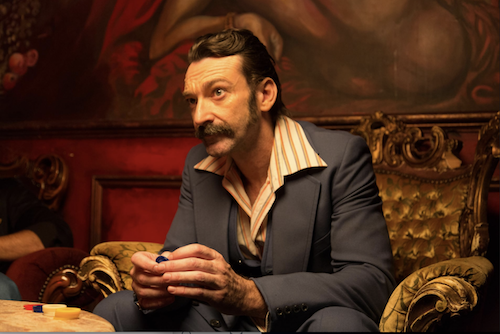 Zanny Begg The Beehive 2018 (production still); Nielsen is widely believed to have been murdered by gangsters. Photograph: Supplied courtesy the artist and ACMI

Begg said the title of the exhibition not only alludes to Nielsen’s signature hairdo, but the film’s recurring motif of bees which she assigns as a metaphor for how cities function – their sense of community, architecture and their frenetic density, corridors and collisions.

At UNSW Galleries, the film is presented with a room of archival material, photographs, letters and drawings that expand the story from individual to community. The backdrop is of a bespoke bee-designed wall paper.  It is a rich and layered account; it is real and intriguing. Are these histories covered up, or just told for advantage or skewed by perspective? Begg’s film offers an answer, and yet due to its algorithm structure, the answer is never definitive.

What fuels this ambiguity of Begg’s film and installation – and is so often a characteristic of cold cases – is that algorithm, developed by Andy Nicholson that allows for 1,344 possible versions of the narrative to be told, each running between 22 and 33 minutes. It begs the viewer to question how we construct truth, and to ask how memory is shaped by subjectivity.

While I walked into the film and watched various “chapters” of its unfolding narrative, it is a film that draws us to return, like a good crime novel you have to keep picking back up. Take your time with this one; or better still, return over its month long hang.

Why did Juanita Nielsen die? While that is obvious, Begg asks a more pressing question throughout the film: Why did they get away with it? Begg and many others widely believe Juanita Nielsen was silenced by developer Frank Theeman and his associates, most of whom are now deceased, and so fear in the telling has been removed.

Begg spent over a year researching the case before starting to film. A breakthrough moment was when she connected with Nielsen’s partner David Farrell. She told ArtsHub: ‘That was a really significant moment for me.’

Furthermore, there is great currency to this work – not only in its presentation aesthetically and in the technology behind this film – but its topic of gentrification. At the edges of this film’s screening are suburbs today that tell their own stories of redevelopments – Walsh Bay, Potts Point and the Sirius building.  And similarly, with the discussions about lock-outs in the Cross, and gender and sexual violence in this city, these are topics close to our times.

Structurally, these narratives unfold as a series of pretty standard “doco-style” interviews, however less conventionally Nielsen is played by twelve different women offering expanding notions of complexity to the individual, and the many roles we play in contemporary society.

The Beehive also includes re-creations at the Carousel Club in the Cross, as well as those poetic moments of bees.

UNSW Galleries Director José Da Silva said the public program developed to sit alongside the exhibition dives deeper into the topics Nielsen raises, today:  ‘Zanny Begg’s work speaks to the enduring issues of housing affordability and development in Sydney, violence against women, trade union activism and policing sex work. We are thrilled to be creating a public platform for these issues to be discussed, as well as continuing the push for justice in the Juanita Nielsen case.’

Titled Radical Sydney, the series takes its name from Terry Irving and Rowan Cahill’s 2007 book on dissident politics and actions in Sydney. Highlights include a walking tour of East Sydney and Kings Cross with sex worker rights activist Julie Bates; a talk on the significance of alternative club culture in Sydney; discussions on the legacy of the 1970’s Green Bans; and screenings of Rocking the Foundations 1985 and The Eviction 2018 with filmmakers Pat Fiske and Blue Lucine present for respective Q&A’s.

I’ve seen it …I’ve written about it and yet I remain deeply curious about The Beehive, anxious to get back for another look. I’m not sure that it says more about our culture’s ingrained passion for gritty voyeurism or an incredibly well-crafted artwork that demands thought and engagement.

Regardless, be sure to spend some time with The Beehive this summer, and remember not to forget the past that has changed us.