Review: Phantom Abyss – A promising mixture of movement and mystery

The kinetic experience of making your way through hazard-filled temples in Phantom Abyss makes us eager to see what else is still to come.
Chris Button 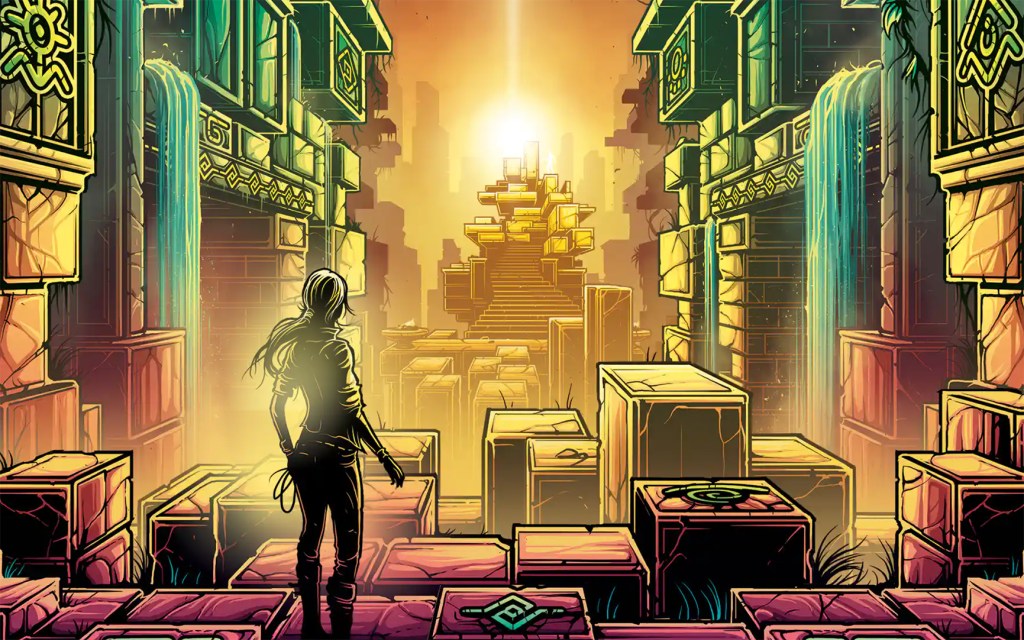 Australia has an international reputation for hosting all manner of dangers capable of killing you–from our extreme climate to assorted lethal fauna–so it’s apt that Phantom Abyss, a game where you’re trapped in a temple laden with deadly traps, comes from Brisbane-based Team WIBY. Phantom Abyss launched as an Early Access title on Steam, a status reserved for videogames not yet feature complete but refined enough for enthusiasts to play and help developers shape the game’s final vision. As it currently stands, there are already many thrills to be had in hunting for treasure while the temple’s perils hunt you, which makes for an exciting prospect for Phantom Abyss’ future.

Evoking the Indiana Jones films, for better or worse, you play an intrepid explorer confined within a temple with no obvious method of escape. After conversing with a giant sentient totem-like figure, you’re instructed to delve deeper into the ruins and recover mythical relics in order to unlock the exit and escape. Armed only with a whip and your guile, you get one attempt, and only one person in the world will succeed at clearing any given temple. If you successfully claim a relic, that exact temple configuration is locked forever, serving as a trophy of your victory. There’s no fear of running out of temples, however, as there are countless ruins with unique layouts, thanks to Phantom Abyss’ procedurally generated design.

The game relies on a flow of fluid movement and speed to succeed. In addition to a whip with grappling functionality, Phantom Abyss sees you sprinting, sliding, and leaping around dangerous mechanisms such as spinning blades, spike-adorned pits, and several temple guardians that mercilessly hound you. Weaving through would-be-fatal traps, swinging away from relentless guardians, and barely reaching refuge is an adrenaline-pumping exercise. Phantom Abyss thrives on kinetic energy and the brilliant interplay between the mobility the whip enables and your capacity to execute under pressure.

One of the game’s highlights is how it cleverly bakes a sense of community into its design through the implementation of phantoms – ghosts of other players who came before you and were bested by the temple. Beyond merely providing a glimpse of where others died, these phantoms are both an assistance and a hindrance, as they activate the many proximity-based traps in each temple. If you’re savvy enough, you can use the spectres to your advantage by dashing through while the traps reset. Conversely, they can also trigger a swathe of saw blades while you’re not looking, so it pays to be vigilant.

Read: Phantom Abyss is online multiplayer without the scheduling nightmare

Phantom Abyss also taps into some roguelike elements with its blessing system, which offers you random power-ups for the run’s duration in exchange for collected treasure. Treasure is found in chests hidden throughout each temple, redeemable at statues between floors that offer one of two presented blessings, adding other strategic decisions to the action. Blessings range from adding extra heart containers and healing damage taken, to movement-enhancing power-ups such as a post-jump glide, and longer whip reach. Activating blessings costs more with each subsequent redemption, adding a compelling risk-reward element. While some treasure chests are easy to find, many are hidden away in areas requiring dextrous platforming skills to reach, or take precious time away from avoiding an in-pursuit guardian.

There is a form of progression within Phantom Abyss, although its cryptic nature leads to more confusion than any sense of triumph. The most obvious step forward is via claiming the relic at the end of a temple, which is then placed upon one of the dozens of altars in the starting hub section. What isn’t immediately clear are the requirements for unlocking unique relics, as different tiers are reserved for deeper dives into the temple, or by completing runs defended by each of the three guardian types. Additionally, extra whips–each with a different blessing and curse–unlock at seemingly random intervals, which isn’t as satisfying as receiving a reward for a specific accomplishment.

On the flipside, Phantom Abyss’ asynchronous multiplayer encourages you to cooperate with others and make discoveries. Dying in a temple results in temporarily losing your equipped whip and any treasure accumulated during the run, but they can be salvaged. Failure is not an endpoint, as you receive a code other players can activate to attempt ‘rescuing’ your phantom by claiming the temple’s relic. It’s a refreshing approach to multiplayer that doesn’t necessitate completing arguably the most difficult game of all: lining up schedules with fellow adults to see when you’re all free. As an added bonus, plenty of Phantom Abyss enthusiasts are already taking to the game’s official Discord server to piece together cryptic morsels of information into something more meaningful – like real-life archeologists, in a way. However, trying to figure out how items unlock or any wider narrative implications is a more frustrating endeavour.

The fast-paced action is also slightly hampered by minor performance issues the deeper you delve into a temple with a gang of spectral phantoms in tow. While never impenetrable, the frame rate suffers noticeably, and sometimes proves the difference between thrilling success and devastating failure, given the game’s emphasis on quick reactions.

Of course, Phantom Abyss’ Early Access journey is young, which means there are plenty of opportunities for the development team to optimise the experience and fill in the blanks along the way. But there’s already a great foundation here – a stellar sense of movement and moment-to-moment gameplay worth getting excited about. We look forward to seeing how the game will continue to develop and further encourage long-term spelunking.

A copy of Phantom Abyss (Early Access) was provided for the purposes of this review.