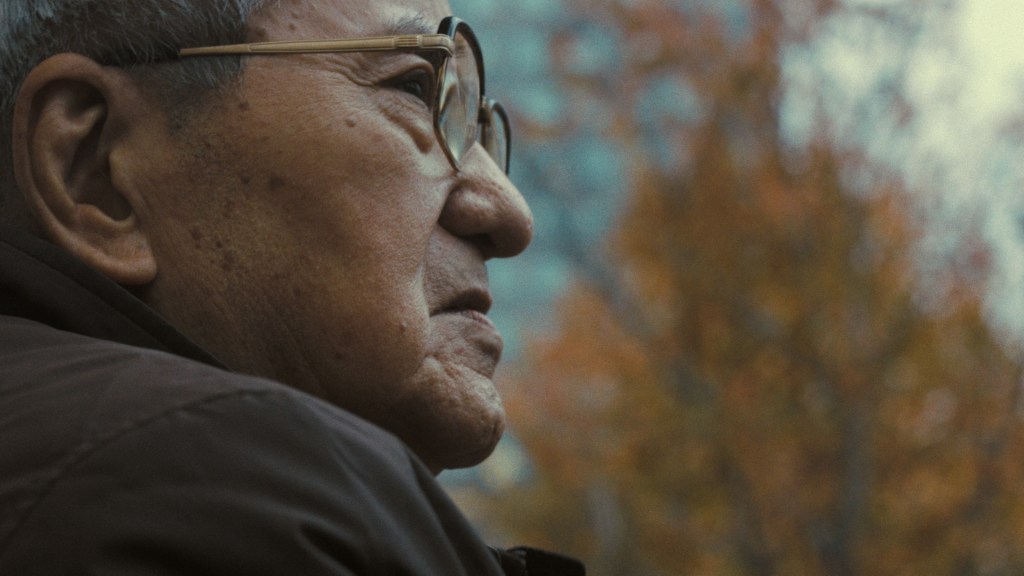 The firebombing of Tokyo (known in Japan as Tokyo daikūshū, or the ‘Great Tokyo Air Raid’) was the single deadliest air raid in history, a war crime in everything but name. Shortly after midnight on 10 March 1945, waves of American B-29 bombers, each filled to the brim with incendiaries, emptied their cargos over one of the most densely populated cities in the world. By dawn, a quarter of the capital had been incinerated. Over 100,000 civilians were killed in the firestorm or died trying to flee it; a million others were left homeless.

Despite these grim statistics, the firebombing became relegated to a historical footnote in most narratives of the second world war, including in Japan. The survivors never received any compensation or assistance for what they suffered, and no dedicated public memorial exists today in commemoration of the victims. Even in Tokyo, many civilians remain only vaguely aware – if not completely ignorant – of the tragedy that befell their city. As such, it has largely been left to the efforts of survivors, activists and grassroots organisations to document the history of the raid for future generations.

The feature documentary debut of Adrian Francis (Lessons from the Night), Paper City follows three survivors who have devoted their lives to this purpose. Hiroshi Hoshino, Michiko Kiyooka and Minoru Tsukiyama were in their teens or early twenties at the time of the raid. Now in their eighties and nineties, they pursue a range of campaigns on behalf of the victims and their families – seeking reparations from the state, educating the public, lobbying for an official memorial and museum to be established. In between these activities, they invite the film crew into their homes and to various Tokyo locations, where they recount their harrowing experiences of the firebombing. There is none of the heightened rhetoric that we might expect; these survivors aren’t rousing activists but soft-spoken, ordinary citizens who do what they do without much fanfare, and the film doesn’t try to suggest otherwise.

Francis observes his subjects respectfully, at their pace. Much of the film is shot in close-up, often with an emphasis on the survivors’ aged hands, highlighting their resilience – like that of the gingko tree Kiyooka admires, which was burned in the fires but still remains standing. Other than the occasional archival images of the aftermath, the visceral terror of the firebombing is left to the imagination. Kiyooka’s account of surviving in a river, where she doused her head throughout the night to prevent it catching alight, is visualised only by a shot of the water’s surface. Elsewhere, contemporary shots of fireworks are used a stand-in for incendiary bombs dropping from the sky. The indirectness softens the horror, making it more palatable. But Paper City is less concerned with conveying horror than it is with honouring, in its own modest way, the survivors’ collective wish for their history to be recorded and remembered.

The ‘paper’ of the title refers first and foremost to the material used in traditional Japanese houses, the combustibility of which had been ruthlessly factored into the air raid plans.

The ‘paper’ of the title refers first and foremost to the material used in traditional Japanese houses, the combustibility of which had been ruthlessly factored into the air raid plans. (Tokyo in 1945 was a city ‘made largely of paper and wood’, as the opening captions explain.) But paper is everywhere in the film: a scroll inscribed with the names of victims, a petition submitted by a group of hopeful survivors, a foldout map indicating the extent of the damage on the city, the documents stacked ceiling-high in the office of an association for bereaved families. The motif is reinforced, albeit somewhat heavy-handedly, in the extreme close-ups of a calligraphy brush dotted throughout the film, which together comprise one of Paper City’s few overtly stylised sequences.

The emphasis on traditional materials and methods underlines not only the age of the survivors but the frailty of the memories and history they’re trying to preserve. Their work could all be reduced to ashes with the spark of a match – or this is the impression the film creates. The analogy hasn’t been plucked out of thin air. The survivors regularly express concern about who’ll assume the mantle once they’re gone, and the one common sight, wherever they’re campaigning, is a sea of grey hair. The fact that their movement is being driven almost entirely by the elderly, many of them approaching the very end of their lives, is there in plain sight. It’s both inspiring and disheartening.

Read: The six films to watch at MIFF, according to programmer Kate Jinx

This gulf between young and old, and past and present, can be felt throughout the film. Many of the images look as though they were taken in a parallel Tokyo trapped in time: Tsukiyama owns a bric-a-brac shop that has been standing in the same neighbourhood for decades and seems to have barely changed in those years; Hoshino and his wife’s wooden home is closer in appearance to the wartime architecture than to the concrete structures that dominate the city today. Apart from the scenes of survivors campaigning, Tokyoites are hardly seen – and when they are, they tend to be filmed from behind or afar, blurred in the background or glimpsed only as nameless faces in a crowd. During a conversation with Hoshino in a taxi, Francis inserts a brief but conspicuous shot of the back of the driver’s head. We’re made to wonder what this man makes of his passenger’s heartbreaking tale; that is, if he’s even listening.

Paper City isn’t so interested in addressing the big moral and historical questions relating to the war – it takes the immorality of the firebombing as a given and the historical context as beside the point. Little information is provided on the events before or after the raid, and there’s no attempt to delve into the complex cultural and political circumstances behind the public’s postwar amnesia. (The United States is also let off the hook, insofar as it goes almost without mention; if these survivors hold a grudge, however, it’s against their own leaders, past and present.) The film doesn’t allow itself to be drawn into historical debates, and neither do the survivors – who, in fact, openly insist that their experiences should be extrapolated to the victims of all wars. In one scene, Hoshino pulls out a photo of an air raid victim to show to the camera. The photo – of a young boy sitting in an ambulance, injured and bloodied – is in colour, taken not in Tokyo in 1945, but in Aleppo in 2016.

The film doesn’t allow itself to be drawn into historical debates, and neither do the survivors – who, in fact, openly insist that their experiences should be extrapolated to the victims of all wars.

As his name might suggest, Adrian Francis isn’t Japanese; he’s Australian, someone who once would’ve stood on the opposite side of the war to his subjects. He’s also a longtime resident of Tokyo, who has learned their language and earned their trust. Francis doesn’t appear in the film but is occasionally heard offscreen, gently asking a question or seeking clarification from the survivors; sometimes he doesn’t quite get his meaning across, as happens when Hoshino is confused by a question and turns to his wife for help. As much as it is a heartfelt appeal not to forget the past, Paper City is a touching record of the filmmaker’s efforts to better understand a place and a people he has come to know – and a history he was never taught.

The producers have offered Screenhub readers two tickets to the online screening of Paper City, available to watch Australia wide. For your chance to win email admin@papercityfilm.com with ‘Screenhub Comp’ in the subject line.

Kenta McGrath is a Japanese/Australian freelance writer and filmmaker, and teaches film at Curtin University. His website is kentamcgrath.com.