Game Review: Strangeland’s dark, cosmic world is let down by its narrative structure

Wormwood Studio’s ‘Strangeland’ is a mind-bending ride through a visually unique and well-crafted world that is dulled by repetitive puzzles and inconsistent narrative pacing, writes Chantelle McColl
Chantelle McColl 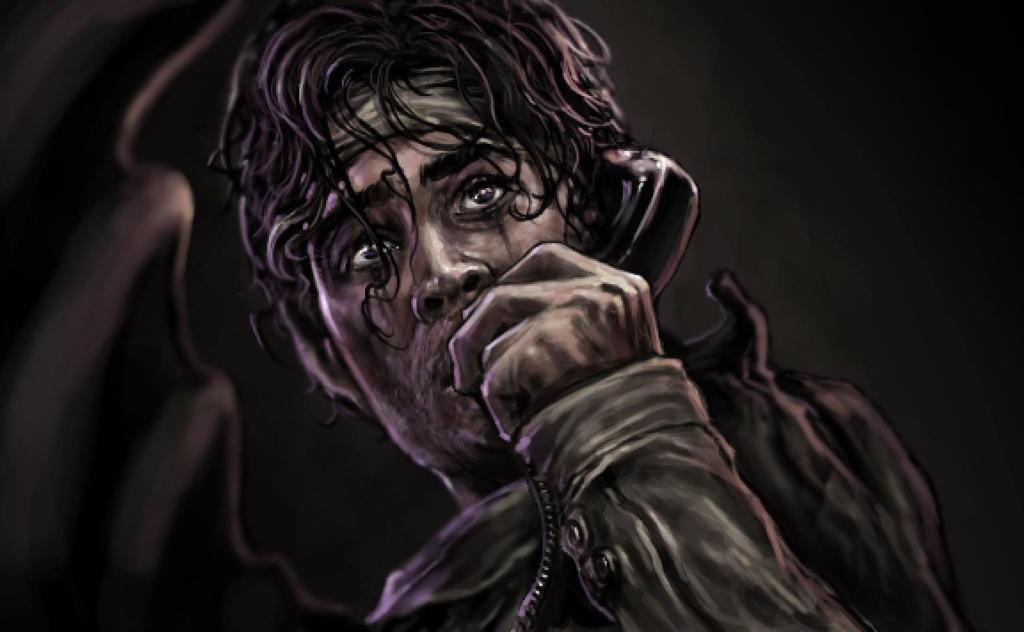 Strangeland presents a Lovecraftian-inspired world that is by nature confronting, gory and grim, reflecting its dark and complicated narrative exploration of self-harm, grief and mental illness. The circus itself is decomposing, and each room contains varying degrees of grotesque imagery, from body horror to rotting architecture, that you are forced to interact with.

A noose is hanging from a tree, inconspicuous and plain, for the majority of the game, and its unexplained presence creates an ominous tension. Strangeland‘s uncomfortable imagery, disfigured characters, bugs and worms, rotting animals, fleshy items, paired with the dull and muted colours of the pixel graphics and droning cybernetic soundscapes creates an oppressive atmosphere akin to the feeling of hopelessness weighing on our protagonist.

Thrust into a grim and bizarre world where death is never actually the end, your only way out of Strangeland is to save the woman from the Dark Thing lurking at the peak of the circus.

Waking up outside a floating carnival, Strangeland begins with a nameless protagonist constrained by a straitjacket witnessing a mysterious woman throwing herself down a well. Thrust into a grim and bizarre world where death is never actually the end, your only way out is to save the woman from the Dark Thing lurking at the peak of the circus.

As you navigate Strangeland, your objective of saving the mysterious woman becomes more urgent the more you see her die, and the more the Dark Thing randomly appears in rooms you are forced to flee. You collect items from puzzles disguised as carnival games to unlock new areas of the circus and listen to riddles from ravens and blind men to figure out new ways to combine or use them. You never explore a room in the circus just once, so expect to backtrack and interact with objects that you previously couldn’t. Time and time again the wacky characters will present new dialogue options you previously thought were exhausted, reminding you of their importance in the game’s world.

What makes Strangeland a unique narrative experience is its varied and bizarre cast — Fimbul, an old man whose eyes were eaten by a talking raven; Murmur, a disembodied man who tells you your fortune after giving him coin; the three Masquettes, who are omniscient observers to your ‘game’; a nasty operator, who supplies you with hints and insults; and a wise cicada, who is surprisingly the most level-headed in the game. These characters add depth to the world through their witty dialogue, surreal and grotesque character design, and individual stories, which in turn provides texture to the grim setting. This is by far the best part of the game.

But while this motley cast provides depth and intrigue while you traverse the world completing endless rounds of fetch quests, they unfortunately add little to the narrative. As most narrative information is withheld until the final arc of the game, the characters you meet hardly answer any of your questions, and instead reply in riddles. 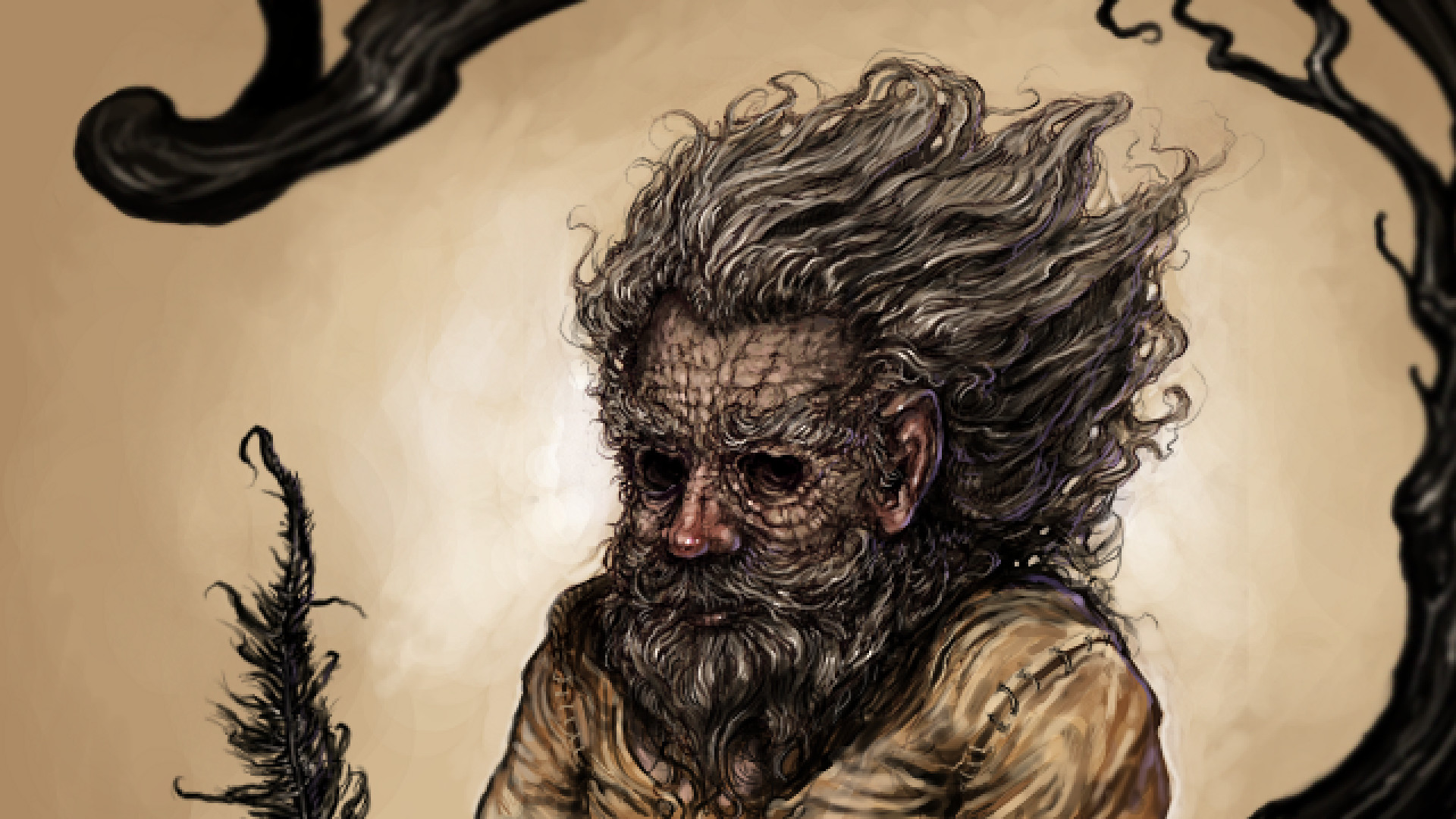 The game can be described as having two distinct progression types: puzzle and narrative progression. However, in this five-hour game their intersection is limited. Puzzle progression will be your central gameplay loop and focus for the majority of the game. The first few puzzles all weave seamlessly together as an amalgamation of exploration, riddles and correct item usage with well-placed clues that leave you feeling accomplished when you finally solve them. However, the game quickly devolves into monotony, with the player tasked with finding the same items in a slightly different way for the same outcome with only vague mentions of narrative in between.

The protagonist has one motive: to save the mystery woman, and the game largely revolves around gaining items to physically reach her. But the items required to make progress aren’t related to the narrative, nor do they evoke any personal character arc. Consequently, the gameplay loop lacks tension, and the player through a seemingly complex world that remains relatively unchanged, interacting in only the most simplistic sense. This is particularly unsatisfying because the aesthetic and design of the world is so well set-up to deal with complex themes.

Strangeland trades in its emotional and narrative complexity for a gameplay loop that rewards only physical progression, and its final effort to tie up all the loose ends when it inevitably returns to the narrative feels ineffective.

The narrative progression is relatively non-existent until the final arc, where you’ve collected all your items needed to destroy the Dark Thing. What happens consequently is a jarring contrast in storytelling. We begin the narrative with multifaceted and abstract references to world building from side characters and end with a monologue of exposition that ignores this world-building for a directed character arc.

Strangeland trades in its emotional and narrative complexity for a gameplay loop that rewards only physical progression, and its final effort to tie up all the loose ends when it inevitably returns to the narrative feels ineffective. The strange and surreal world filled with bizarre characters falls to the wayside for a predictable confrontation with the Dark Thing that neglects to use any of the more complex psychological revelations presented in the game. However, Strangeland’s cosmic horror take on grief and mental illness creates a compelling story world, despite its flaws. It leaves you reeling for more interactions with the characters in this visual masterpiece Wormwood Studios has created.

A copy of Strangeland was provided by the publisher.